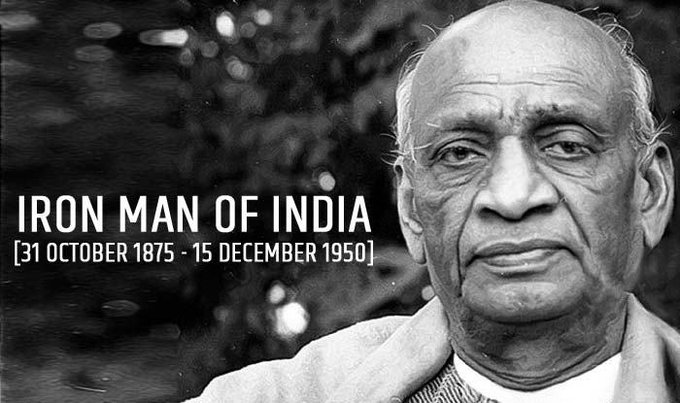 Rashtriya Ekta Diwas or National Unity Day on October 31st marks the birth anniversary of Sardar Vallabhbhai Patel, also referred to as the ironman of India. Prime Minister Narendra Modi visited the 182 metre tall Statue of Unity and paid floral tributes on the 145th birth anniversary of Sardar Patel. The Statue of Unity is located at the Kevadiya in Narmada district which was part of the schedule of PM Modi’s two day Gujarat visit.

Other leaders across the country too paid tribute to India’s ironman with old pictures also resurfacing on social media. Union Minister Ravi Shankar Prasad described Sardar Patel as the great architect of modern and united India.

Today we celebrate National Unity Day on the 145th birth anniversary of #SardarVallabhbhaiPatel Ji.
My tribute to the great architect of Modern and United India "Iron Man" Sardar Vallabhbhai Patel Ji who played a crucial role in the unification of India. pic.twitter.com/k9qNgHDngM

Pay homage to Sardar Vallabhbhai Patel on his birth anniversary. His extraordinary dedication to nation building will continue to inspire generations. Today on #RashtriyaEktaDiwas – National Unity Day- we honour his work and thoughts. pic.twitter.com/ZUXYtyo6e0

Sardar Vallabhbhai Patel with the first President of India, Dr Rajendra Prasad at the forecourt of Rashtrapati Bhavan on the first Republic Day | 26 January, 1950 pic.twitter.com/EdXslROezF

Sardar Patel was the first Deputy Prime Minister of India and also the first Home Minister in the cabinet. The national freedom fighter is credited for playing a crucial role in integrating 562 princely states to form the Republic of India. India’s ironman had a vision of people within the country irrespective of caste, creed, religion, ethnicity or gender.