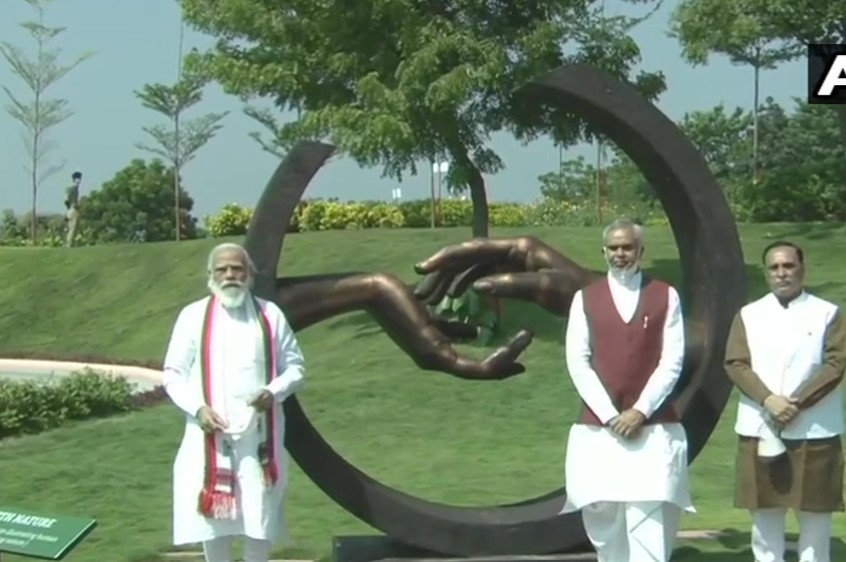 The park has hundreds of medicinal plants and herbs and also provides information about their usage and importance. Gujarat Chief Minister Vijay Rupani and Governor Acharya Devvrat were also present. He also inaugurated ‘Ekta Mall’ and Children Nutrition Park in Kevadia.

ALSO READ: Kolkata Airport’s Cococart will make your mouth melt with the chocolates on offer

PM Modi is on a two-day visit to the state, the first time since the COVID-19 outbreak and the subsequent lockdown in March, to mark Rashtriya Ekta Diwas, celebrating the birth anniversary of Sardar Vallabhbhai Patel.

Earlier in the day, Prime Minister Modi met the family members of brothers Mahesh and Naresh Kanodia, who passed away recently, on Friday.

The Prime Minister offered his tributes to the brothers and also spoke with the family members at their residence.

Singer and former parliamentarian Mahesh Kanodia (83) passed away on October 25 at his residence in Gandhinagar, following a prolonged illness. His brother and veteran actor Naresh died the following Tuesday.

Prior to this, the Prime Minister paid tribute to former Gujarat Chief Minister Keshubhai Patel, who passed away at a city hospital on Thursday, after reaching Ahmedabad. He is scheduled to launch a number of projects, including a seaplane service between Kevadiya and Ahmedabad.