India has conveyed its serious concerns to Saudi Arabia both in Delhi and in Riyadh over the distorted map depicting Jammu and Kashmir as a separate territory from India, in its newly released banknote, and urged it to take urgent corrective steps.

India has termed it an incorrect depiction of India’s external territorial boundaries,
In the weekly media briefing Ministry of External Affairs spokesperson Anurag Srivastava said: “We have conveyed our serious concerns to Saudi Arabia both to ambassador and Riyadh , We have taken up this gross misrepresentation of India ‘s exterior territorial boundaries on official and legal bank note of Saudi Arabia , we have asked the Saudi Arabia to take urgent corrective steps in this regard.” 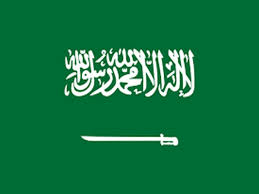 The banknote, a new 20 Riyal currency, was released on October 24 to commemorate Saudi Arabia’s presidency of organizing the G-20 on November 21-22. The note features Saudi King Salman bin Abdulaziz Al Saud and the 2020 G20 Summit logo on one side while the other highlights the G20 nations.

“We have seen bank notes and these bank notes have incorrect depiction of India ‘s external territorial boundaries” Srivastava said.

“I would further like to reiterate here that union territories of Jammu and Kashmir and ladakh are integral parts of India,” the MEA spokesperson added.