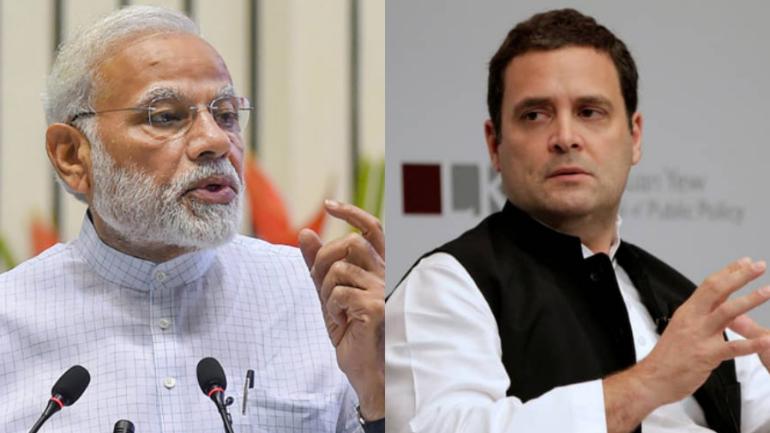 The campaigning for the second phase of the election is at its peak in Bihar. 94 assembly seats spread across 17 districts will go to polls next. And giving a fresh imp[etus to election campaigning, Prime Minister Narendra Modi and Congress leader Rahul Gandhi have locked horns against each other in Darbhanga district.

PM Modi took a jibe at the grand alliance and asserted that the state moved from poor governance to good governance under Nitish Kumar. He said, “In this difficult time of the pandemic, Bihar needs to maintain a stable government. A government that will ensure development across the state.”

“People of Bihar have taken a resolve to again defeat those who brought ‘jungle raj’ in the state, those who looted Bihar. These are the people under whose government crime was rampant in the state. They did corruption in money meant for loan waiver. NDA has taken a resolve to make Bihar self-reliant, while on the other side are people who are eyeing money which will come for development projects in Bihar,” he added.

Congress leader Rahul Gandhi hit back at PM Modi and questioned his silence over issues like unemployment, inflation, and crime. He said that “Nowadays, PM Modi does not talk about jobs because people won’t believe in his lies anymore. Congress has been in the Centre for decades. We know how to rule. But of course, we have some shortcomings. We can’t lie through our teeth.”

The second phase of Bihar assembly polls will take place on November 3 and the results will be out on November 10.