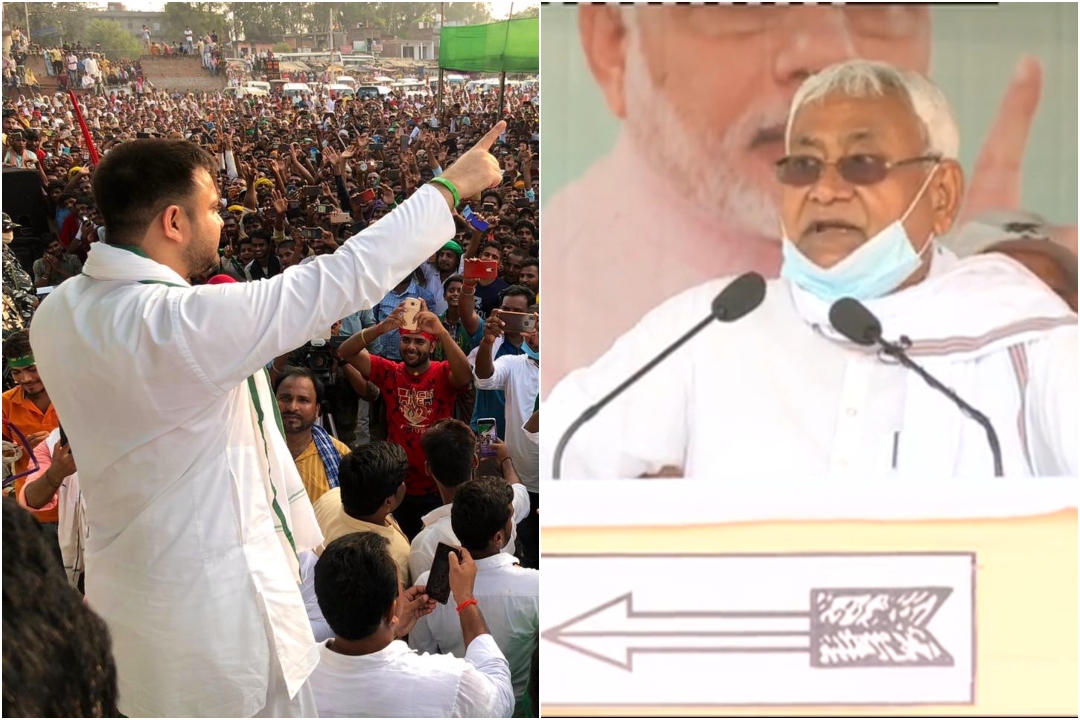 The high-pitched poll campaign for the first phase of Bihar elections will end today in the evening. Top bigwigs of both the alliances will make a last-ditch effort to woo the voters. A total of 71 assembly seats spread over 16 districts will go to polls in the first phase of elections on October 28 with 1,064 candidates in the fray.

Chief Minister and JD(U) Chief Nitish Kumar has planned to hold 3 rallies at Muzaffarpur, Mahua, and Mahnar in Vaishali. Earlier, Nitish Kumar received flak from the people of Muzaffarpur over unfulfilled promises. The crowd showed resentment and shouted anti-Nitish slogans while he was addressing the public.

ALSO READ: 71 constituencies set to vote in Bihar, take a look at key candidates in phase 1

Smriti Irani is scheduled to hold 3 rallies at Nawada, Gaya, and Shahpur. Superstar Manoj Tiwari will address 4 public meetings at Rohtas, Kaimur. Whereas his ally Ravi Kishan will be holding 5 back-to-back rallies at Nawada, Rohtas, and Buxar.

Constituencies such as Banka, Munger, Sheikhpura, Mokama, Arrah, Buxar, Mohania, Bhabua, Sasaram, Dehri, Aurangabad, Bodh Gaya, Gaya Town, Chakai, and others will go for polling in the first phase of Bihar Assembly elections. Bihar polls will be held in three phases on October 28, November 3, and November 7. The results will be announced on November 10.