After a Singapore-based single-judge arbitration court restrained US-based e-commerce major Amazon.com’s partner Future Retail from selling its retail business to Reliance Industries for Rs 24,713 crore, Reliance Retail on Sunday said that it intends to enforce its rights and complete the transaction in terms of the agreement with Future Group.

“RRVL has entered into the transaction for acquisition of assets and business of Future Retail Limited under proper legal advice and the rights and obligations are fully enforceable under Indian Law,” the retail wing of billionaire Mukesh Ambani’s Reliance Industries Ltd said in a statement. 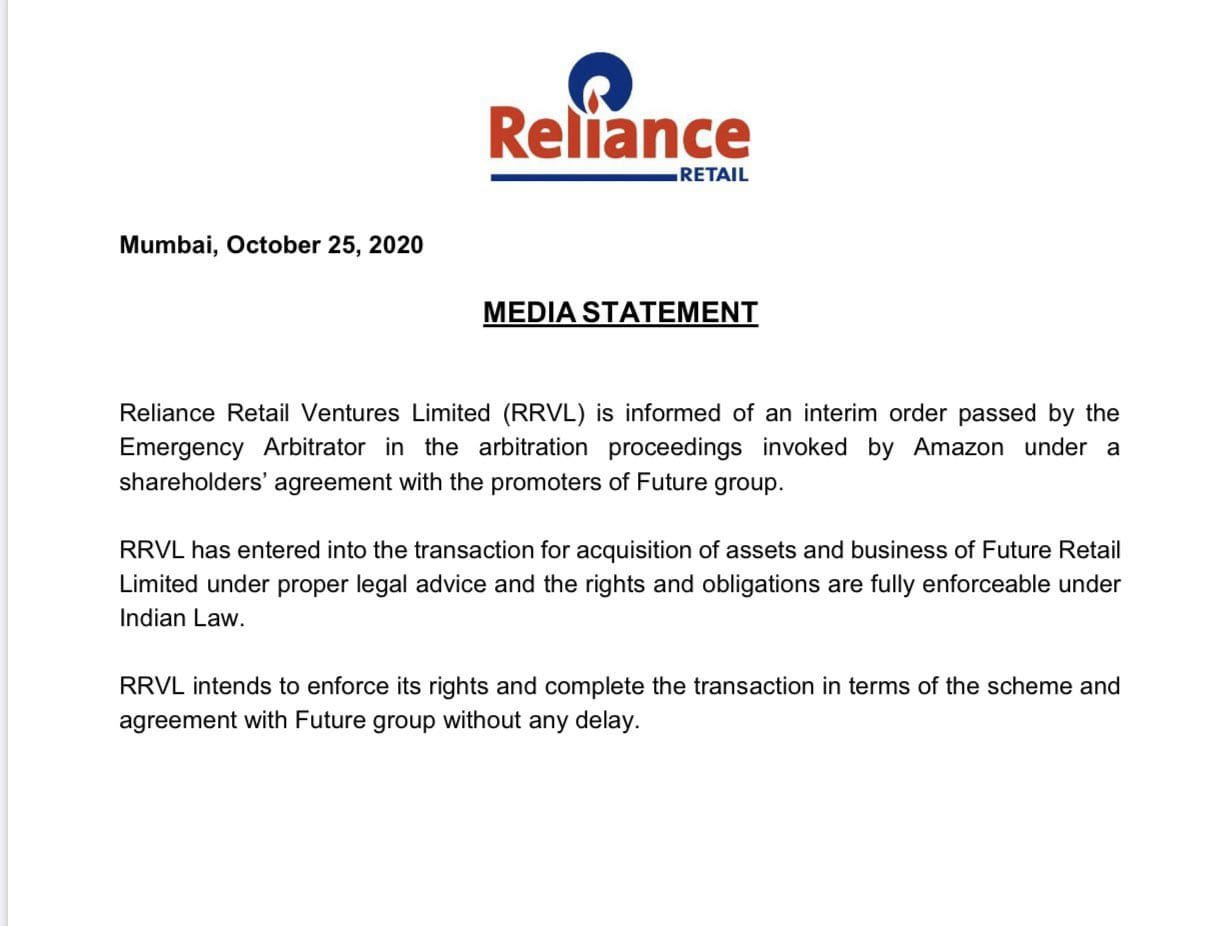 “RRVL intends to enforce its rights and complete the transaction in terms of the scheme and agreement with Future group without any delay,” the statement added.

Incidentally, Amazon had taken the Future Group company to arbitration after accusing it of violating the contract. As per industry information, Amazon, had agreed to buy 49 per cent of one of Future’s unlisted firms last year with the right to buy into flagship Future Retail after three years to 10 years.

Passing an interim award in favour of Amazon, V K Rajah asked the Future group to put the deal on hold and said that the deal cannot go through until it finally decides the matter.