Home Home Slider Imported items including liquor and luxury items, to be off shelves in... 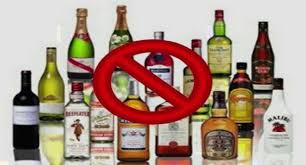 The Central government controlled canteen stores department(CSD) which controls the defence canteens across the country, has banned ‘Direct imported’ items. Finished good from other countries will no longer make their way into 4000 defence canteens signalling a big blow to consumers and foreign liquor brands that have a huge sale in India.

This follows an internal order of October 19 as reported by news agency Reuters that procurement of directed imported items shall not be undertaken. This order is in response to Prime Minister Narendra Modi’s Athanirbhar Bharat Abhiyan that calls for India to be self relient and focus on manufacturing within the country to strengthen the economy.

These include FMCG products, consumer durables, footwear and liquor. This is not great news for scotch drinkers and others who look forward to buying foreign liquor from defence canteens. Imported liquor is banned, but foreign ingredients used to make liquor in India is permitted to be sold in these canteens.