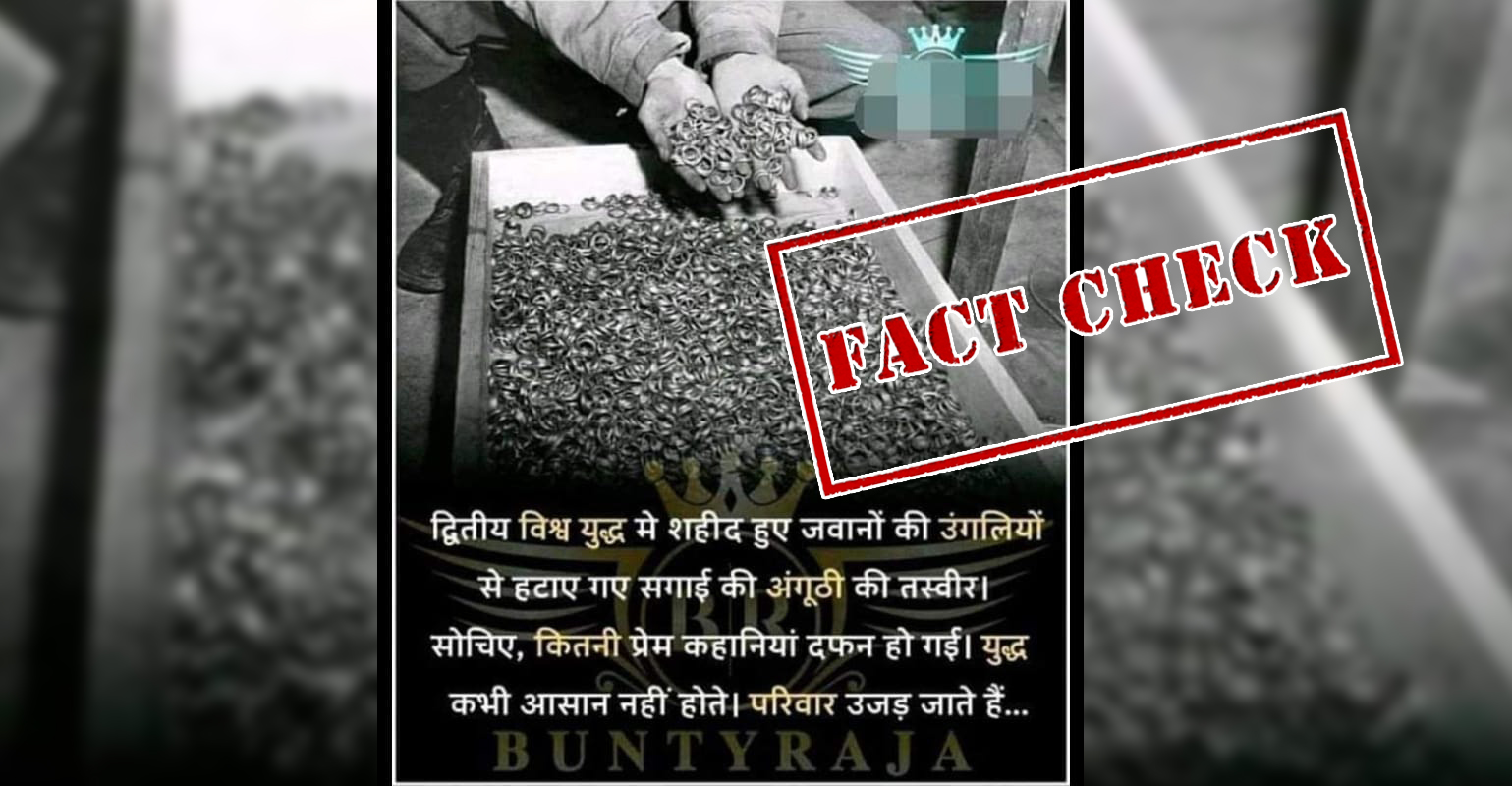 A picture of a large quantity of rings is being shared on social media with a claim that they are the engagement/wedding rings of soldiers who died during World War II.

(Translation: Photograph of engagement rings removed from the fingers of soldiers who died in World War II. Think, how many love stories got buried. Wars are never easy. Families are destroyed.) 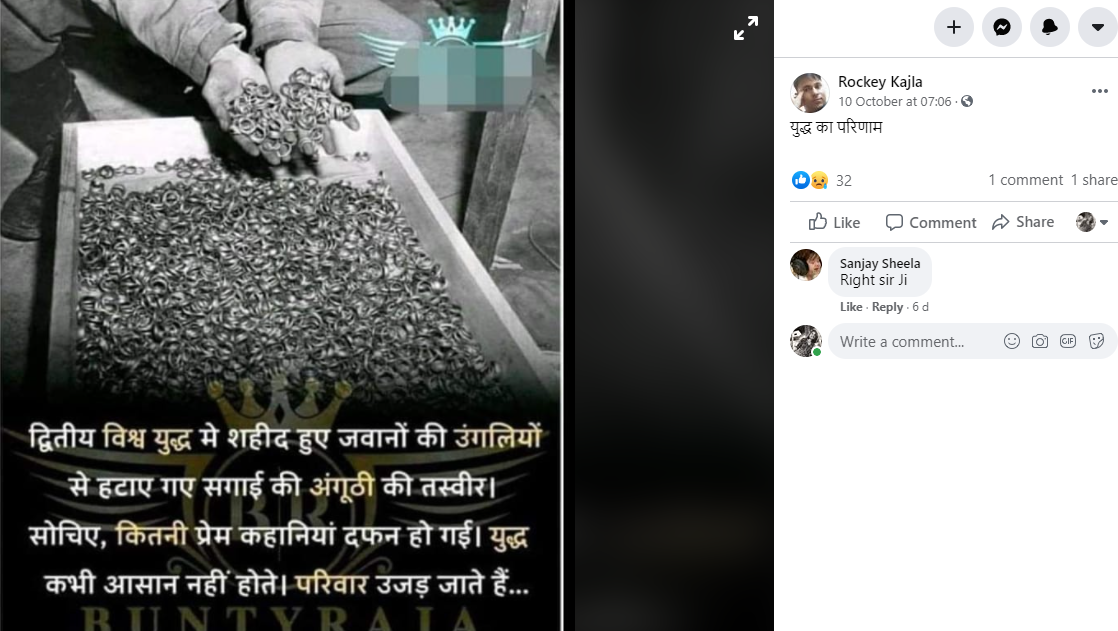 We put the picture through Google Reverse Image Search and found the same picture in an article by The Sun dated September 8, 2018.

The caption of the picture read: A few of the thousands of wedding rings the Nazis removed from their victims to salvage the gold, in a cave near the Buchenwald concentration camp. 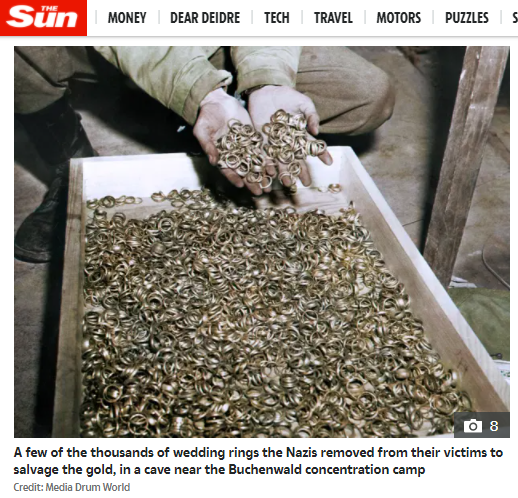 We found the same picture on the official website of Getty Images. 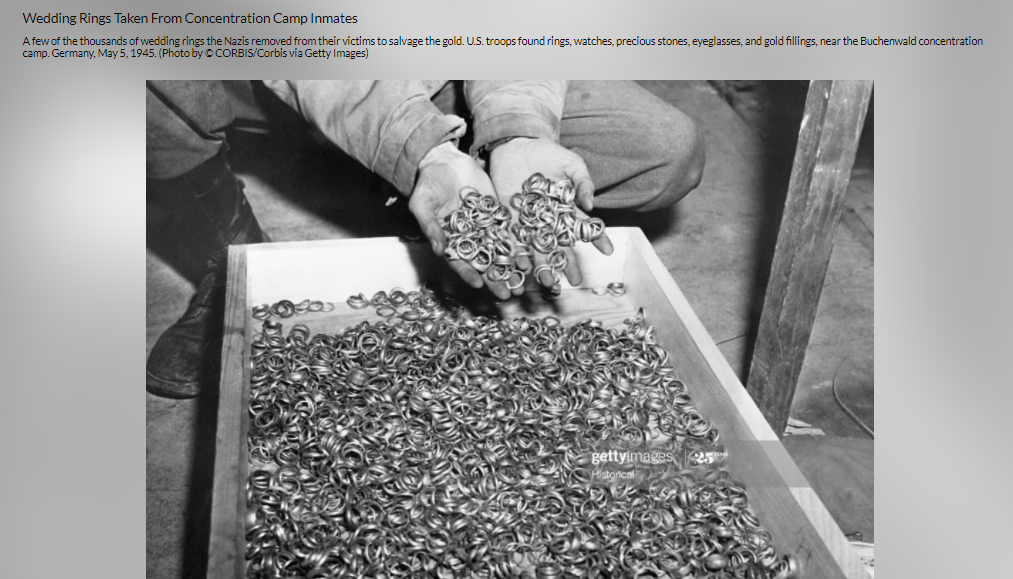 The image description read: A few of the thousands of wedding rings the Nazis removed from their victims to salvage the gold. U.S. troops found rings, watches, precious stones, eyeglasses, and gold fillings, near the Buchenwald concentration camp. Germany, May 5, 1945. (Photo by © CORBIS/Corbis via Getty Images)

A further search led us to the site of the United States Holocaust Memorial Museum (USHMM). 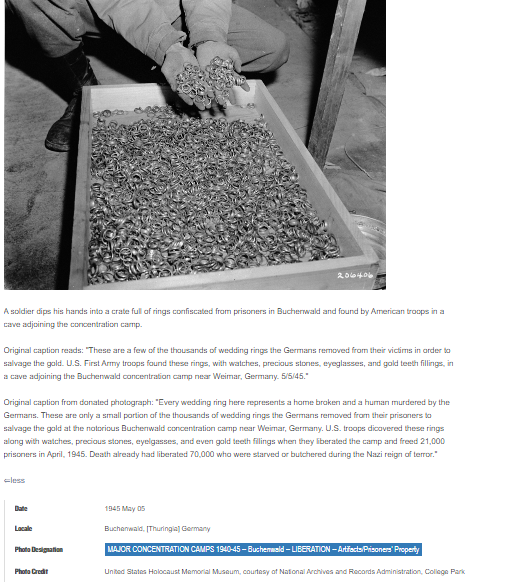 According to the site, the picture was taken on May 05, 1945, in Buchenwald, Germany.

Hence, from the above information, it is clear that the picture is of the holocaust victims and not WWII soldiers.