A picture of Nigerians holding placards is being shared on social media with a claim that they are demanding justice for Bollywood actor Sushant Singh Rajput.

On the placards, pictures of Sushant Singh Rajput can be seen along with a message for justice. 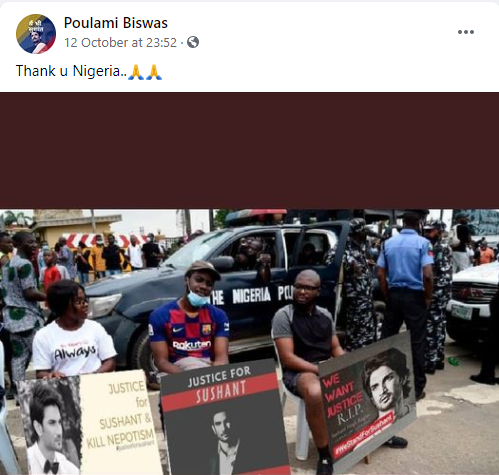 On putting the picture through Reverse Image Search, we found the same picture in an article on the website Obinwannem News dated October 12, 2020.

However, in the original picture, the text on the placards has a different text on it. It is regarding the disbanding of the Special Anti Robbery Squad (SARS). 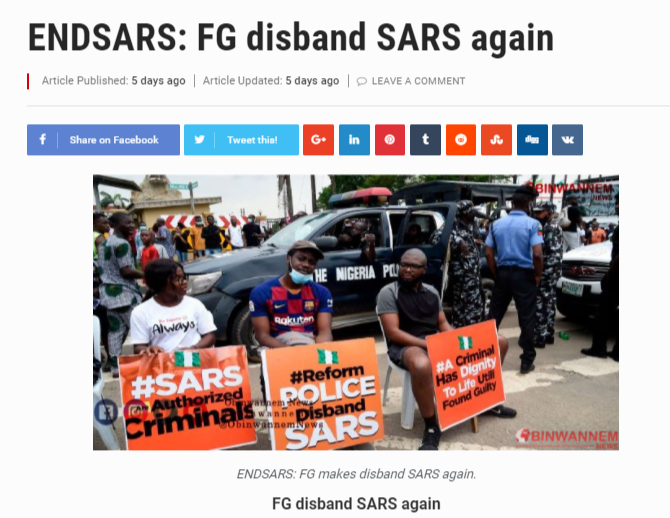 On searching further, we also found the same image on CNN. The headline of the article read, “Nigerians take to the streets in mass protests against controversial police unit accused of brutality.” 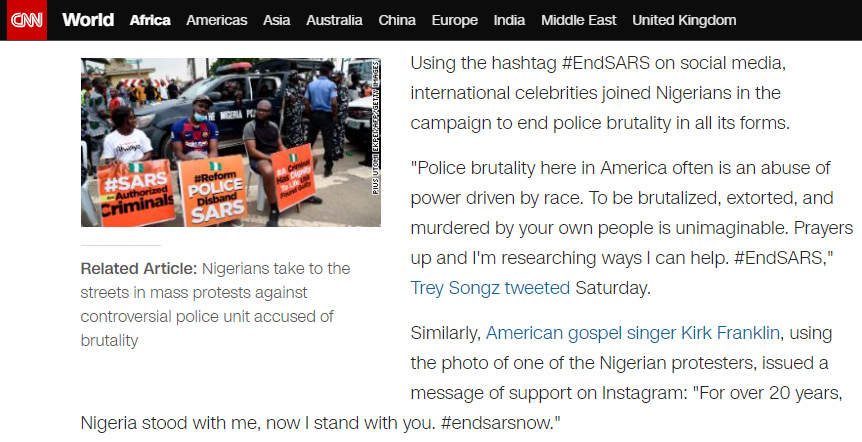 On comparing the two pictures, it is clear that the original picture has been morphed and is being circulated as being real.

From the above fact check, it is clear that the viral picture is morphed and fake.