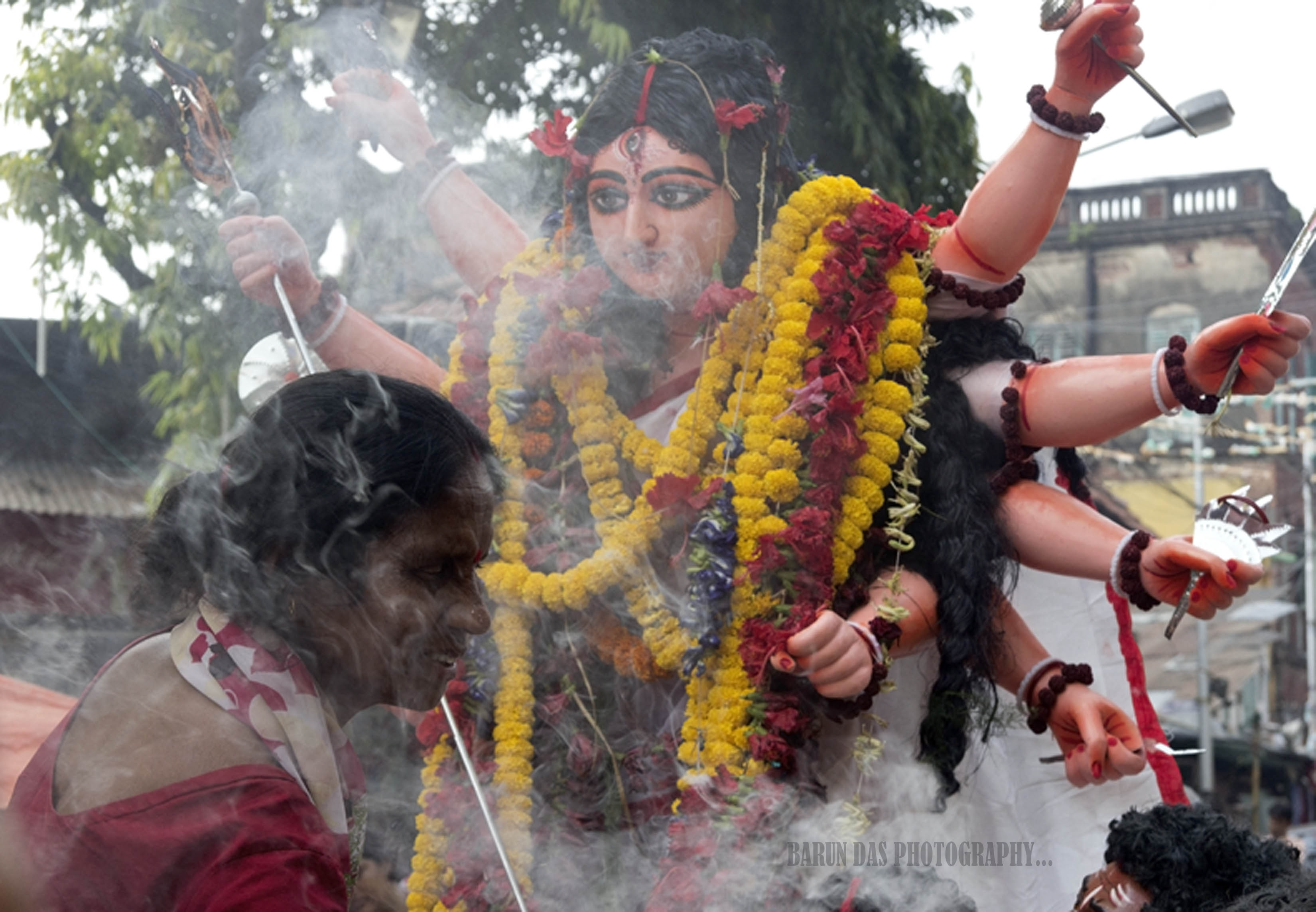 Many may not be aware of the concept of collecting mud from brothels during the festival of Durga puja. According to traditional Hindu rituals, the soil from ‘nishiddho pallis’ or forbidden territories as they are called, is used to make idols of Durga Puja. This soil is referred to as punya maati.

During ancient times, priests and idol makers built the idol using four important things namely, mud from the banks of the Ganga, cow urine, cow dung and soil from a prostitute’s land. 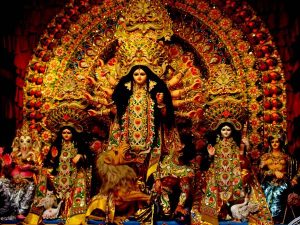 Mehul Chakraborty, a devotee of Goddess Durga explains, “It is said that whenever a man visits a prostitute, he leaves behind his purity and virtue at her doorstep. So, all the purity gets accumulated outside her house. Hence, this ‘punya maati’ becomes an unavoidable element of Maa Durga’s murti or idol”.

Mahasweta Mukherjee, who works with an organization for welfare of sex workers called the Durbar Mahila Samanaya Committee (DMSC) in Kolkata’s red light area Sonagachi, says that sex workers have been refusing to give mud from their courtyard now. Instead the community is celebrating Durga Puja on their own, being one of the main festivals of West Bengal.

Even though the mud from their courtyards is considered sacred, the women of the community are not, which is one of the reasons for refusing to give mud. Thousands of rupees are collected from those living in red light areas, as donations for the community puja, but women from brothels are often not allowed to even enter pandals. In many cases, they are treated as though their mere presence will contaminate the pandal and make it unfit for the auspicious occasion of Durga Puja. 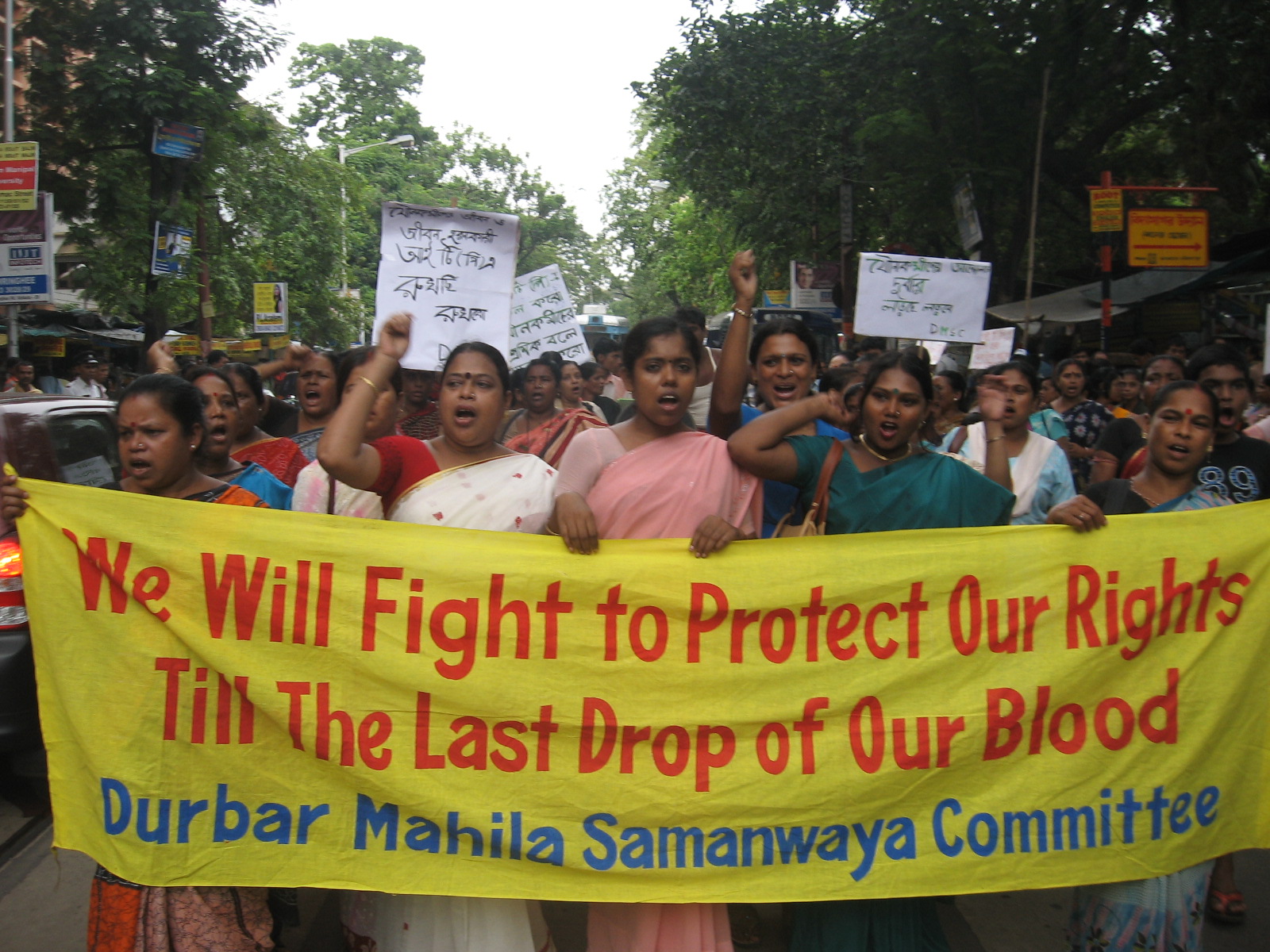 Instead, DMSC has decided to arrange separate puja pandals for women from Sonagachi. Initially, Police refused to grant permission for the puja and left it to the Calcutta High Court to allow new puja pandals to be set up. The committee then decided to lodge a case in the Calcutta High Court with advocate Arunava Ghosh who fought the case. The High Court eventually granted permission but said the idol had to be kept in the clinic and only a small pandal could be made outside on the road.

DMSC was not convinced with the decision as they wanted to break stereotypes and create a space of acceptance and equality for sex workers. In 2015, the welfare organization then refused to organize the puja because they were not allowed to make a pandal in a proper open space. The objective was to include sex workers so they could be an integral part of puja celebrations, right from preparing the bhog to sindur khela. This however did not seem possible due to restrictions.

In 2016 DMSC again filed a case asking for permission to organize the puja in an open area, to which the Calcutta High Court finally passed an order allowing puja pandals and Durga Puja celebrations to be held in an open space within the red light area. 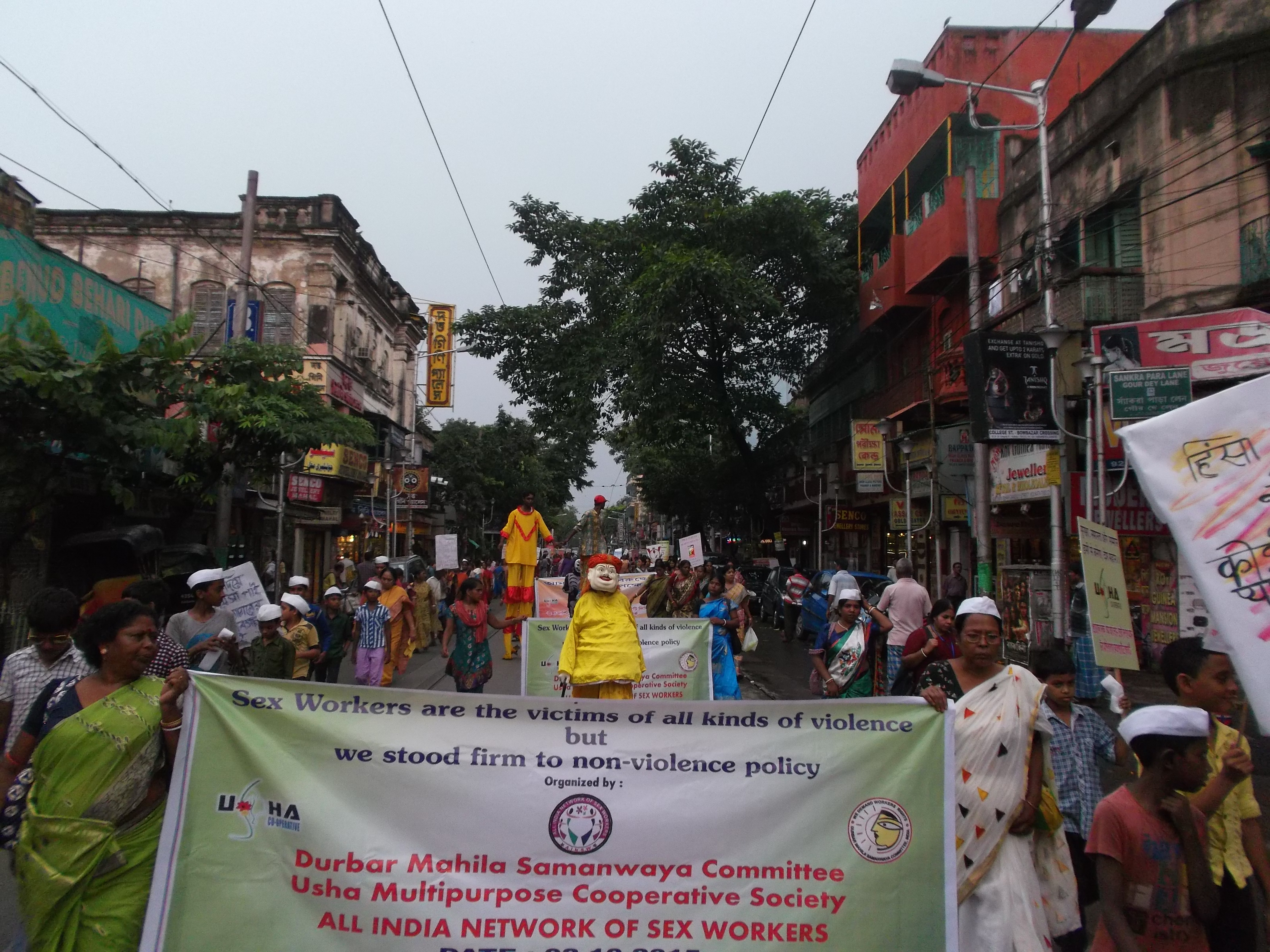 It has been four years that Durga puja is being celebrated outdoors within Sonagachi, but this year due to the COVID-19 pandemic and subsequent lockdown, sex workers have had trouble maintaining their livelihood as customers are not walking in. Hence, the theme for this year’s Durga puja pandal is based on a famous song by Rabindranath Tagore which has been slightly changed to mean ‘who will break the shackles of lockdown and take me with them.’ 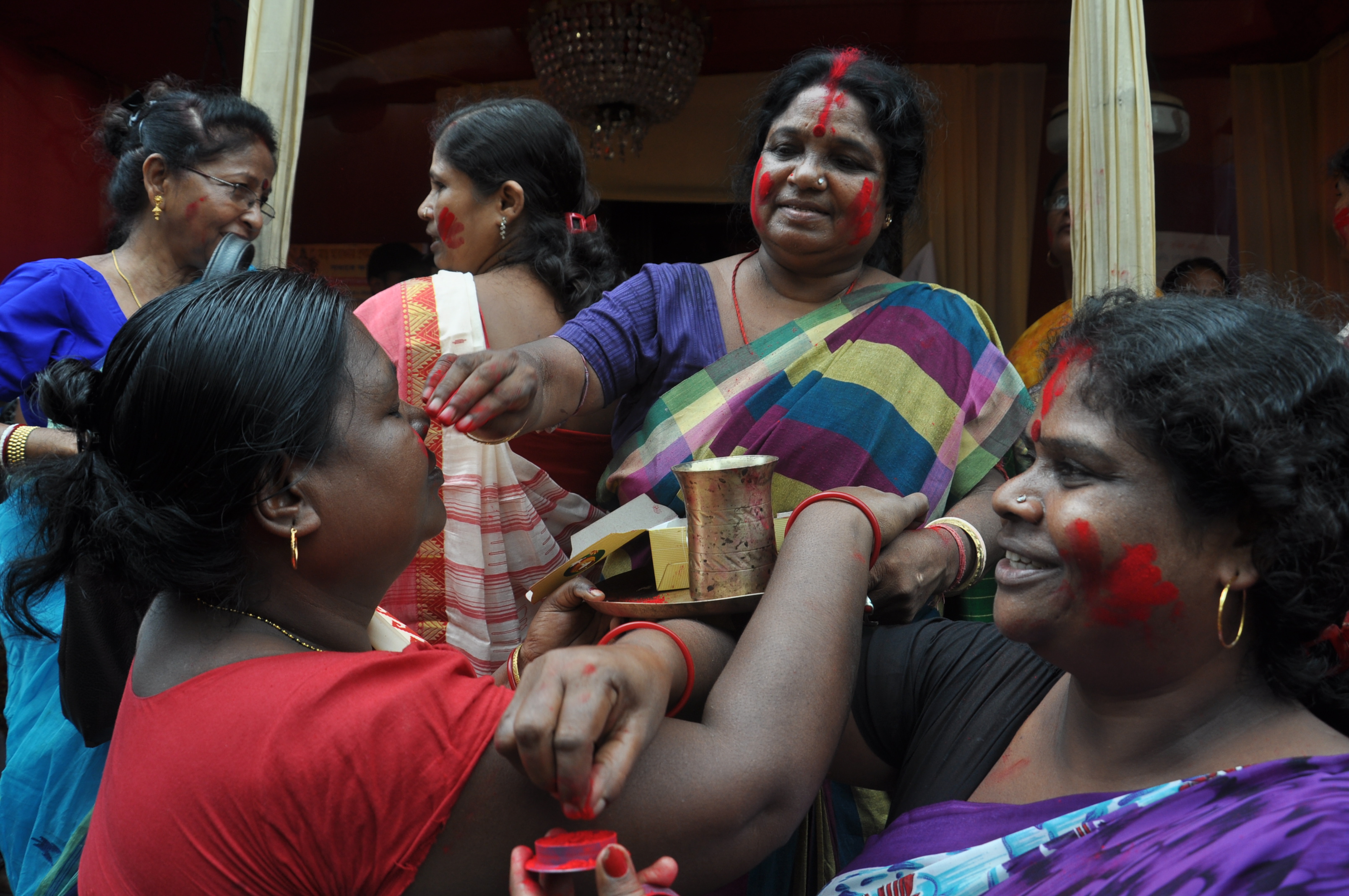 As the Nobel Laureate’ song signals hope for the women of Sonagachi, the strength of Goddess Durga is the community’s strongest weapon for a better tomorrow.