A video of a flooded airport is being circulated on social media with a claim that it is Rajiv Gandhi International Airport (RGIA) in Hyderabad.

With the help of InVID tool, we got the keyframes of the video. On putting the keyframes through Google Reverse Image Search, we found the same video on Reddit claiming that the flood-like situation inundated the airport in Mexico City. 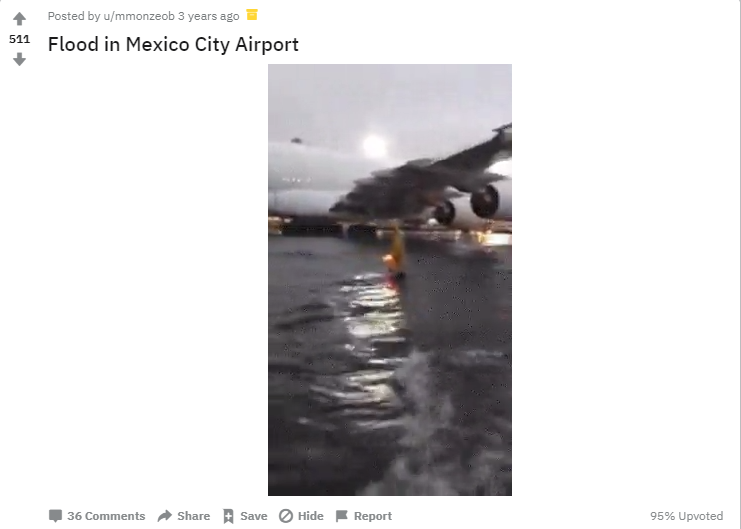 Further, we also found the same video on Twitter, uploaded by Así El Weso (a Mexican radio program) dated August 31, 2017, which means that the video is old.

The tweet (translated in English) read, “Thus, the [situation at] @AICM_mx due to the rain that fell this evening #Weseros.”

We also found another video on Twitter by Newsweek Mexico dated August 31, 2017

The translated caption read, “They suspended operations in the @AICM_mx because of the rains. This is what some track areas look like. http://nwnoticias.com Video: @CanalOnceTV)”.

Moreover, we also found the screengrab of the same video in a news article by Chailango dated August 31, 2017, claiming that this is what the situation at the airport tarmac looked like. 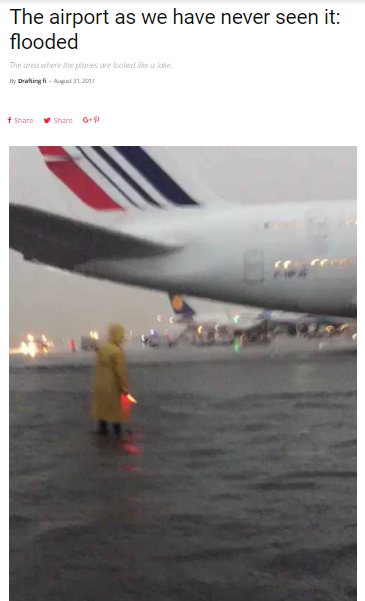 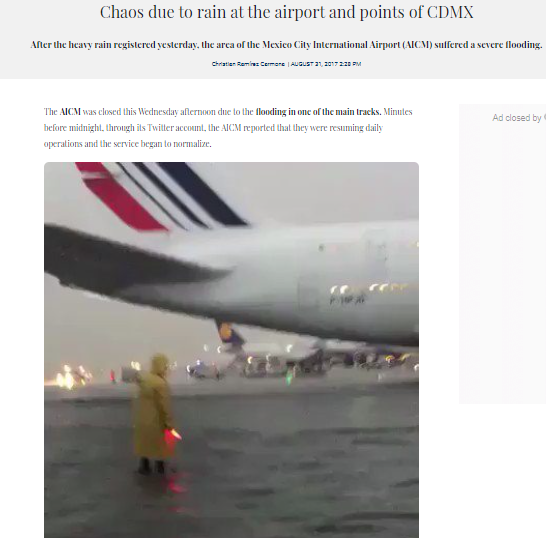 In conclusion, we can say that the video of the flooded airport is old and from Mexico. Don’t fall for false claims that it is from Hyderabad.