Home Home Slider Dramatic video of terrorist surrendering in J&K after being convinced by Army... 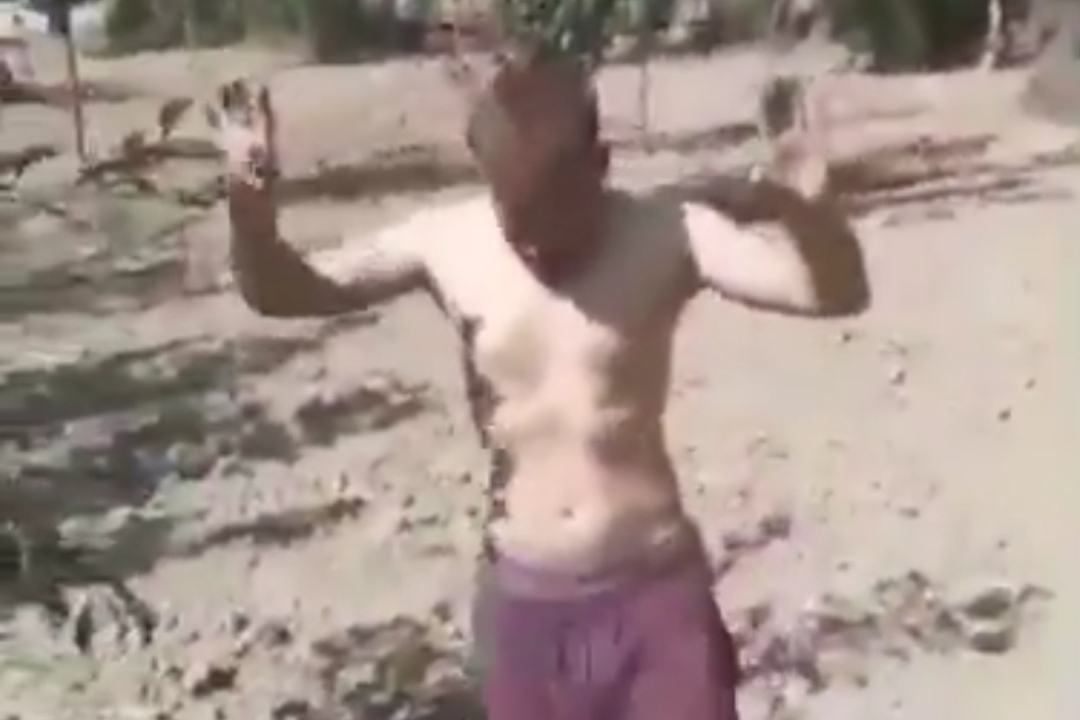 This is one of the rare operations of a terrorist surrendering amidst fierce gun battle. A dramatic video has been released by the Army on Friday which shows a terrorist surrendering in Jammu and Kashmir(J&K)in a joint anti-terrorist operation. Jahangir Bhat who appears to be in his thirties was seen wearing just khaki pants and walking towards a soldier with his arms up. Bhat had taken to terrorism a few days ago.

The Army personnel is heard interacting with Bhat saying, “Koi goli nahi chalaega (nobody will shoot)” Said the Army personnel tells his colleagues who then tells the terrorist,  “Nothing will happen to you, son.” Bhat then drop to the ground which appears to be a muddy boundary wall of an orchard. An AK-47 rifle was recovered from him.

In the next interaction, the soldier tells his colleagues to give Bhat water. There is also a clip released by the Army in which the father of Bhat is seen folding his hands in a show of gratitude. The Army personnel then tells the father, “Tell your son he has done a great job. His all past mistakes will be forgotten. Don’t let him go with the terrorists.”

Bhat is shopkeeper who went missing a few days ago on October 13th from Chadoora.

The Army statement said, “On October 13, it was reported that an SPO (special police officer) had decamped with two AK-47 (rifles). Same day, Jahangir Ah Bhat from Chadoora went missing. The family was trying to trace the individual. Today morning in a joint operation, the individual was cornered. As per protocol, the Indian Army made efforts to convince the individual to surrender. The individual surrendered.”

“The father of the individual was at the site and the impact of the efforts to make the youth come back from terror was visible. Indian Army continues to make efforts to prevent terror recruitment and in case of youth joining terror, provide options to get back.” According to the statement.

Internet services were in Budgam after a gunbattle broke out between terrorists and security forces in Chadoora, which were later restored.