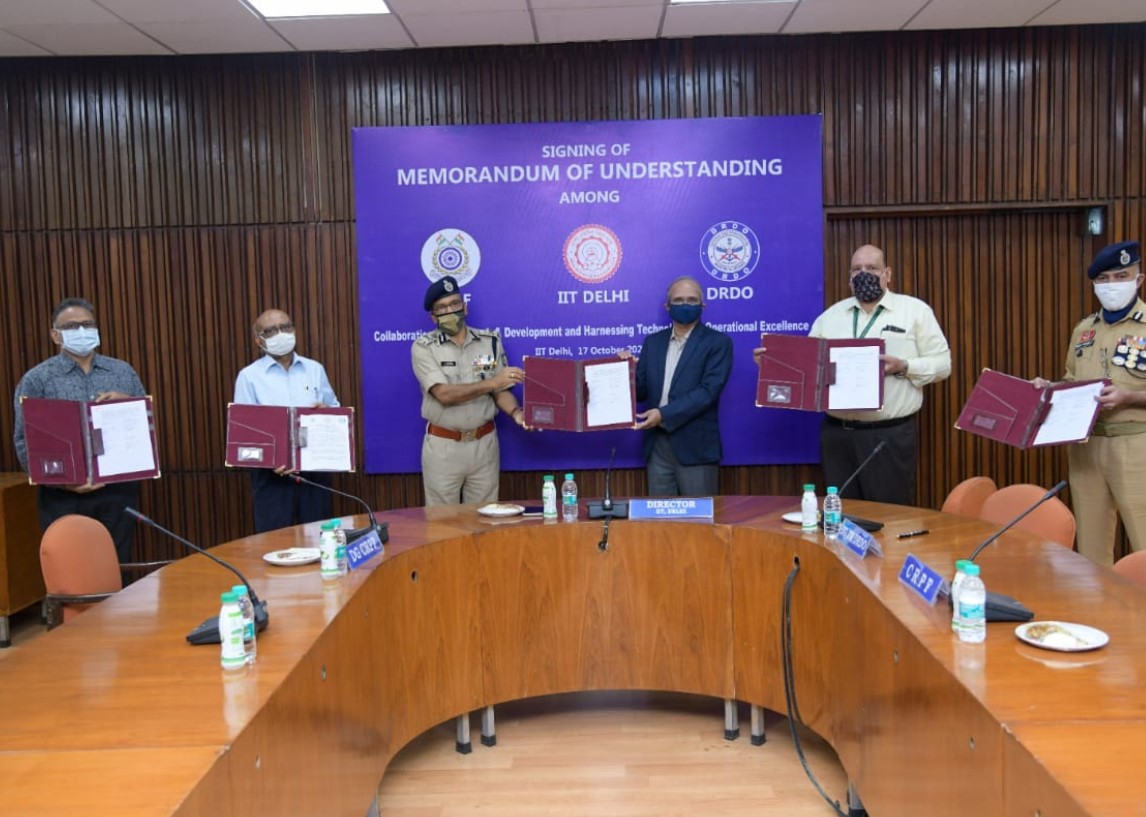 “The emerging challenges and engagement with technology in the everyday world entail that the force remains updated not just with most recent technologies and gadgets but also with the technical expertise required by its personnel. The force has made persistent efforts at keeping pace with the latest technologies by adopting them in its core functions,” the CRPF said in a press release on Saturday.

CRPF signed MoU with @iitdelhi , @DRDO_India , and JATC to collaborate for harnessing Technology for operational excellence. It aims at capacity building, indigenization of technologies on internal security grid and Operational feedback for proactive R&D. pic.twitter.com/9mD9tAHXpd

“The force is now working to create a pool of highly specialized technology experts from among its officers. And when it comes to Technology, where to look other than the Citadels of tech and research-Indian Institute of Technology Delhi and DRDO. To this end an MOU was signed between CRPF and the two premier institutions,” CRPF said.

The biggest paramilitary force said that a pioneer batch of 40 engineering graduate officers or subordinate officers of the CRPF with the right aptitude and potential will undergo 03-06 months certificate course under IIT Delhi’s Continuing Education Program.

“This will equip them with unique skills, capabilities, and knowledge to tackle complex challenges, meet operational and strategic needs, and enhance competitive advantage. Furthermore, a few selected officers from this trained batch will undergo higher degree courses at IITD. These trained officers will also act as tech advisors to the force,” it added.

The officers/SOs of the CRPF trained by the IIT Delhi will also be associated with joint research projects undertaken by DRDO and IITD in the field of defense/security tech solutions.

The DG, CRPF said that this initiative aims at capacity building for optimal utilisation of police technologies and will also help in integrating with DRDO labs for realistic Indigenisation of technologies on the internal security grid.

The CRPF, with its strength of more than three lakh personnel, has more than 500 officers/SOs holding a degree in Engineering. This provides the force with a wide scope to train them in the varied fields of technology.