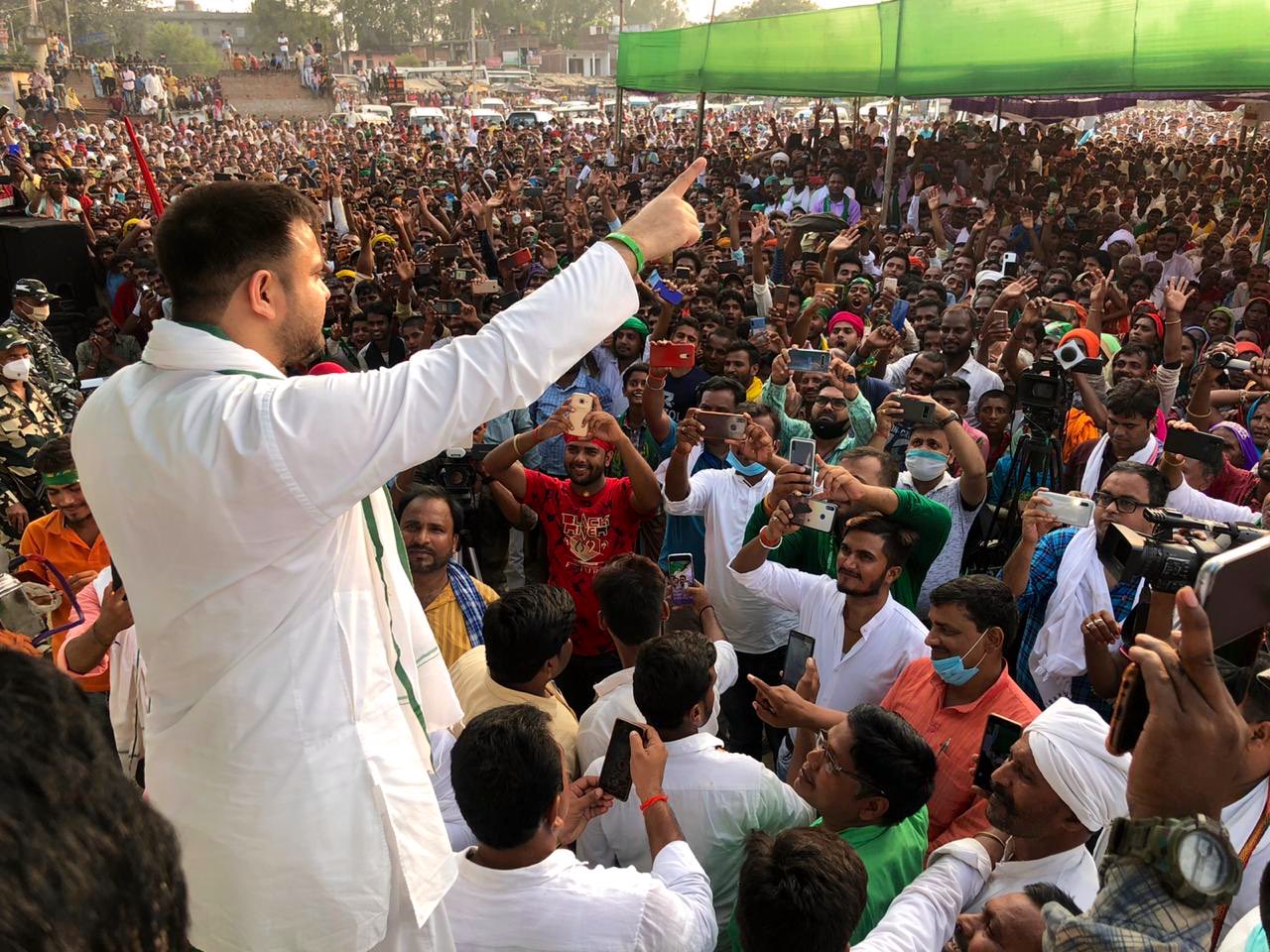 Releasing the manifesto, Tejashwi slammed Chief Minister Nitish Kumar over his “false promises” made to the people of Bihar. 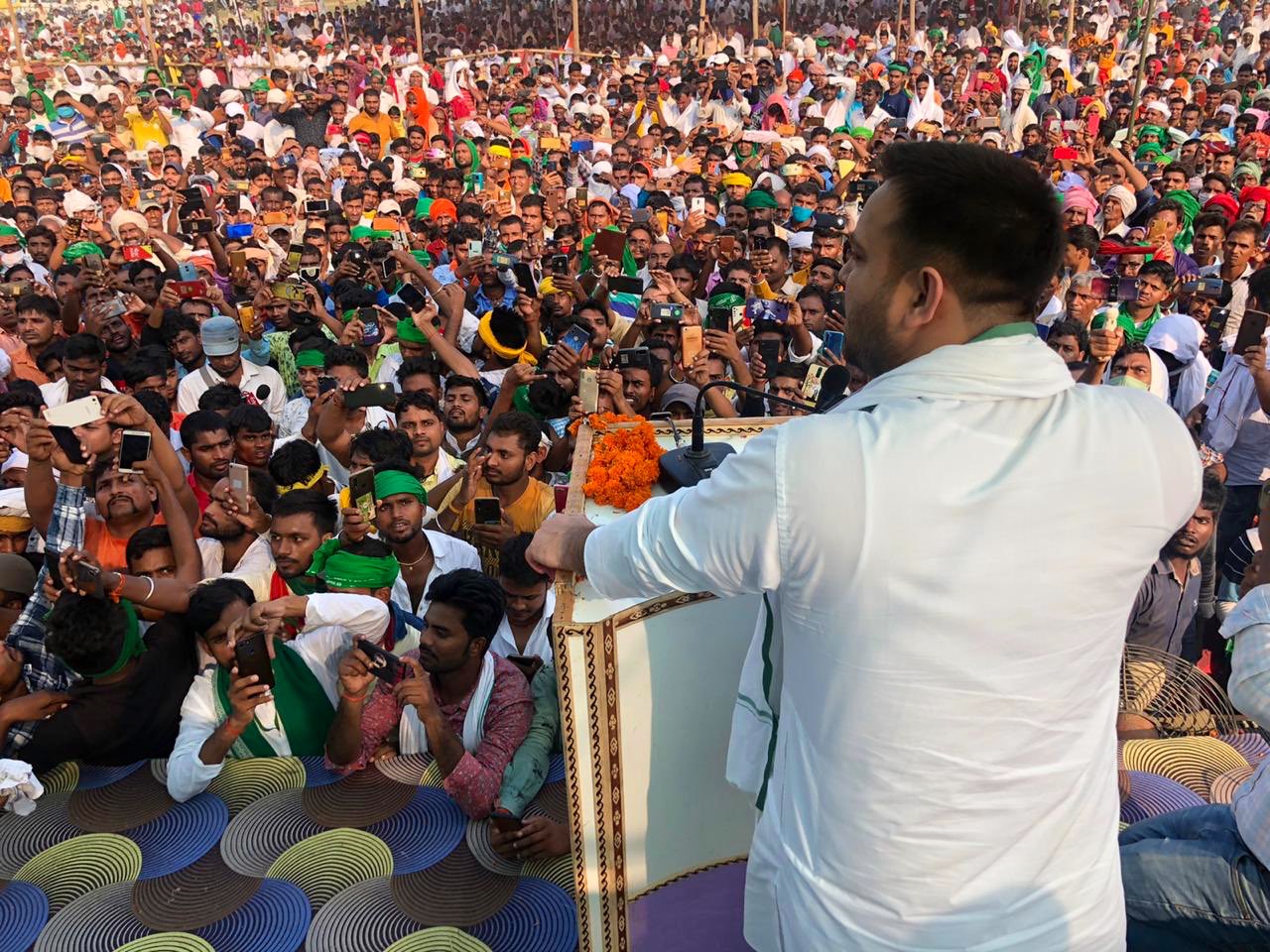 “Bihar has a double engine government. Nitish Kumar has been governing the state for the last 15 years but it has not been accorded the special category status yet. Donald Trump will not come and accord that,” he said.

“Prime Minister Narendra Modi in 2015 said that he will sip a cup of tea at Motihari Sugar mill. But you can see that sugar mills, jute mills, paper mills, rice mills are shut in the state. No food processing units have been established. As many as 60 scams took place under his regime. Crime has increased. JDU- BJP has stabbed Bihar in the back,” he added.

Addressing the unemployment issue, Tejashwi promised to provide 10 lakh jobs as soon as Mahagathbandhan is elected to power. He said, “We have pledged on the very first day of Navratri. Our Manifesto is – Prann Hamara Sankalp Badlav Ka.”

He also promised that forms of government jobs will be free. The government will also bear the travel expenses of the candidates going to the exam centre. Karupuri Shram Vir Sahayata Kendra will be opened across the state to help people in need.

“The most important factor in this election is unemployment. People are so angry with the incumbent government. They aren’t looking to increase employment. The central government did not visit 18 flood districts to estimate the loss. They are hungry for power,” he added.

The grand alliance also focused on scrapping farm laws, which met with stiff resistance across the country. Congress leader Randeep Singh Surjewala said that if they win the polls, the alliance will pass a bill in the first Vidhan Sabha session itself to scrap the three anti-farm laws cleared by the Centre last month.

Congress, CPI, CPM are part of the grand alliance under the leadership of Rashtriya Janata Dal (RJD). In the NDA alliance, the Lok Janshakti Party(LJP) will not contest seats where BJP will be contesting, however, it will fight against Janata Dal (United).

Bihar with 243 assembly seats will go to polls in three phases: October 28, November 3, and November 7. The results will be declared on November 10.