Home NM FACT CHECKER Fact Check: The woman in this Congress meeting is NOT ‘Naxalite Bhabhi’...

A picture of a press conference by the Congress Party in Goa has gone viral all over social media claiming that the woman in the picture (marked with an arrow) is the ‘Naxalite Bhabhi’ from Hathras, Uttar Pradesh.

The Facebook caption read, “Does anyone recognize this woman in Goa Pradesh Congress Meeting? If you do then you have solved #HathrasMystery #FakeBhabhi”

NewsMobile had earlier, debunked a similar post, where it was claimed that Priyanka Gandhi Vadra had hugged ‘Naxalite Bhabhi’ when she visited Hathras.

The truth is, that the woman being referred to as ‘Naxalite Bhabhi’ is actually Doctor Rajkumari Bansal from Jabalpur who went to Hathras to express her solidarity with the victim’s family and stayed there for two days. People misinterpreted her as ‘Naxalite’ and claimed that she was posing as the sister-in-law of the Hathras victim.

Further, we found that the woman in the Congress Press meet is Pratibha Borkar. The live video of the press conference is attached here.

We searched for Congress member Pratibha Borkar on Facebook and found that she has put the same picture of the press conference as her cover photo on Facebook.

Congress member Pratibha Borkar uploaded this picture on May 12, 2020.

On comparing the pictures of Goa Congress Leader, Pratibha Borkar and Doctor Rajkumari Bansal, we found that they are different people. 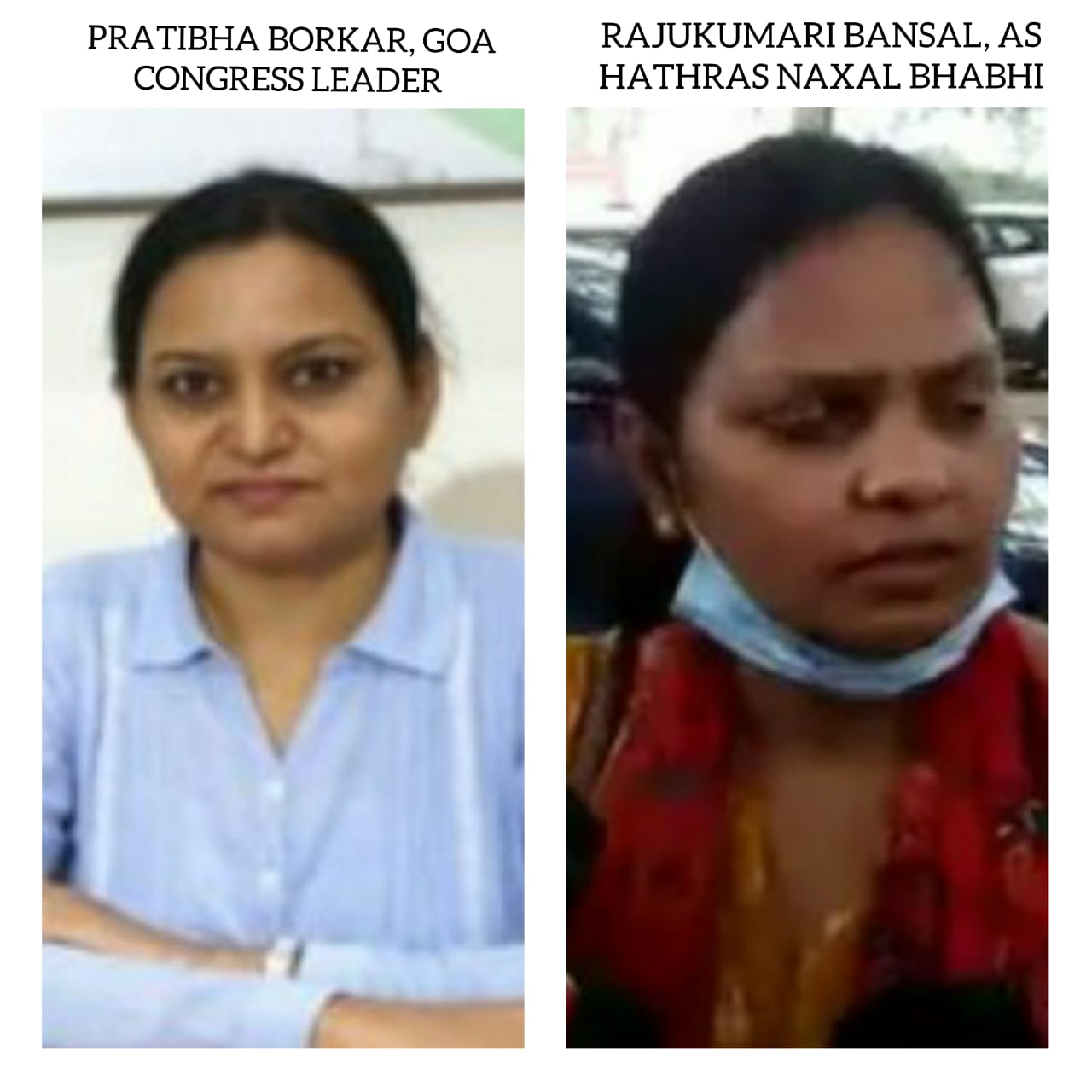 On digging further, we also found that Pratibha Borkar has shared a post of Girish Chodhankar, President, INC Goa, claiming that Congress committee has lodged a formal complaint against people for sharing this false information of Pratibha Borkar being ‘Hathras’ Naxal Bhabhi’.

The frustration of @BJP4India gets more visible as they stoop to the lowest level of labelling our woman leader @PratibhaBorkar as HathrasKiBhabhi @INCGoa has filed a formal complaint with @DGP_Goa & Cybercrime PS today & waiting to see how police protects dignity of a woman 1/2 pic.twitter.com/l8jlhPnmbD

Hence, with the help of the above information, we can say that the social media post in question is misleading.