Home NM FACT CHECKER Fact Check: No, US President Donald Trump did NOT tweet about getting... 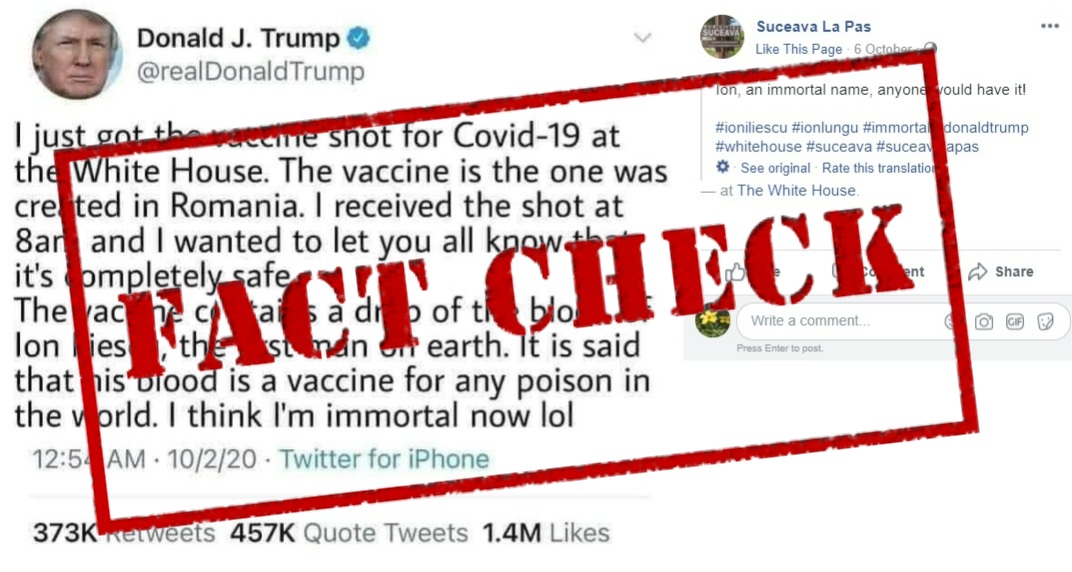 A screengrab of a tweet by the US President Donald Trump was found on Facebook claiming that he took the COVID-19 vaccine shot which was created in Romania.

The screengrab read, “I just got the vaccine shot for Covid-19 at the White House. The vaccine is the one was created in Romania. I received the shot at 8 am and I wanted to let you all know that it’s completely safe. The vaccine contains a drop of blood of lon Iliescu, the first man on earth. It is said that his blood is a vaccine for any poison in the world. I think I’m immortal now lol” 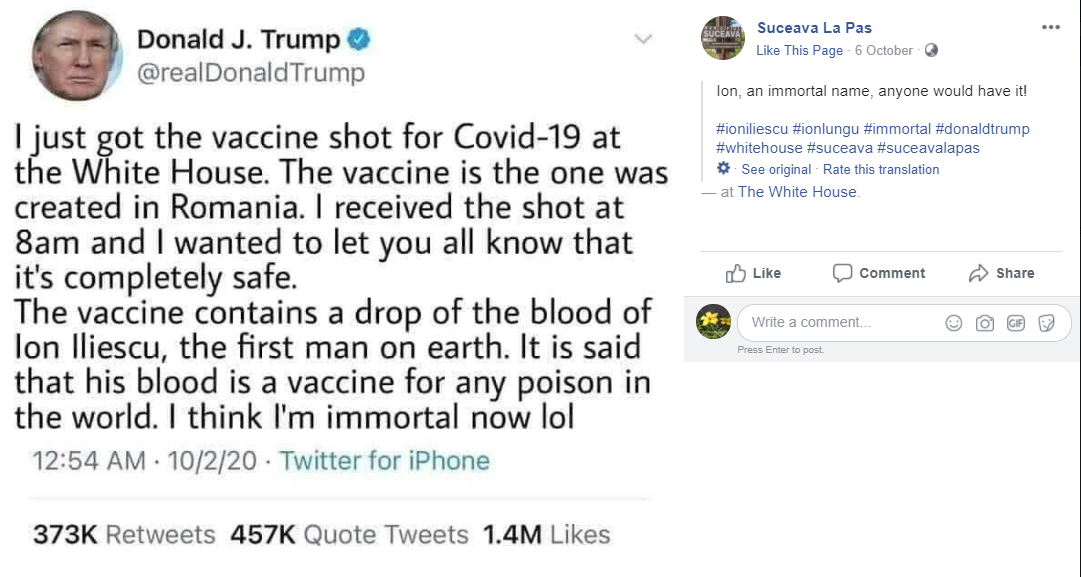 Firstly, we typed the exact content of the screenshot that was viral on social media and found that it exceeds the word limit by 89 extra characters on Twitter. 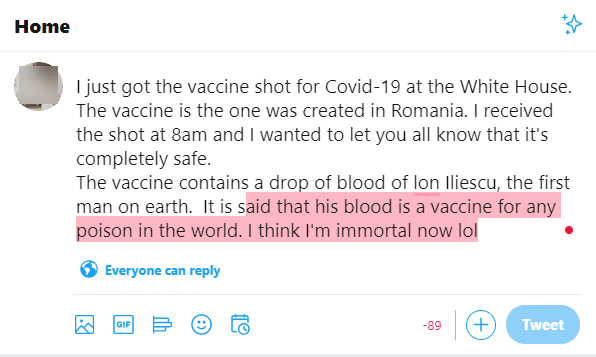 Further, when we analysed the tweet carefully, we saw that there was a difference in the alignment of the text.

On comparing the viral screenshot and the twitter deck screenshot (of a different tweet), we can clearly spot the difference in the alignment. 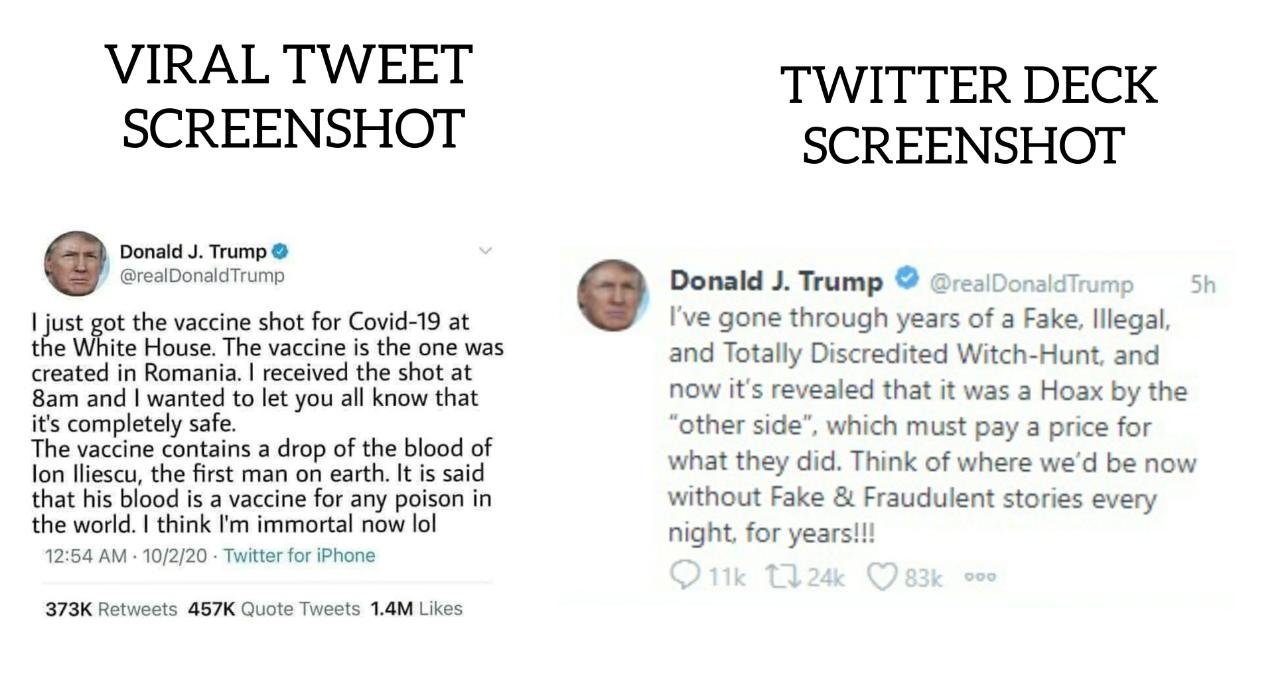 Further, we also compared the screenshot of the social media post to the Desktop and mobile versions of another tweet from his official handle. 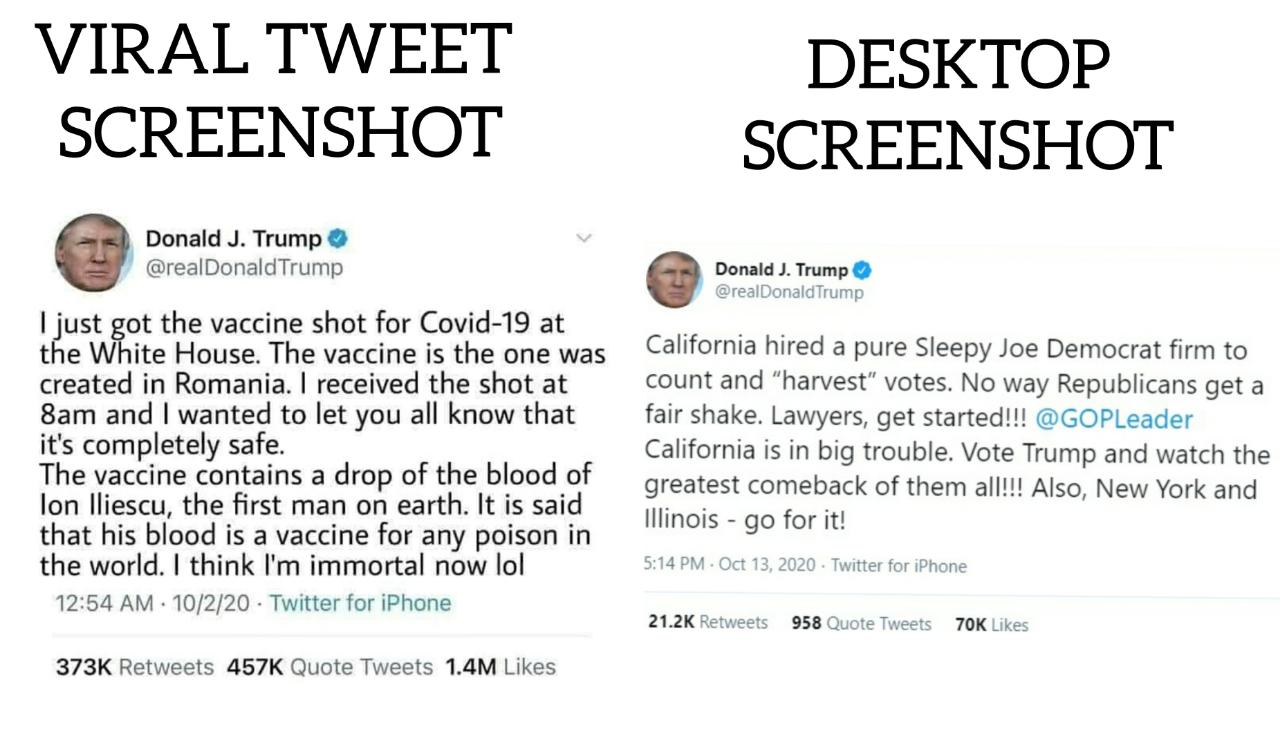 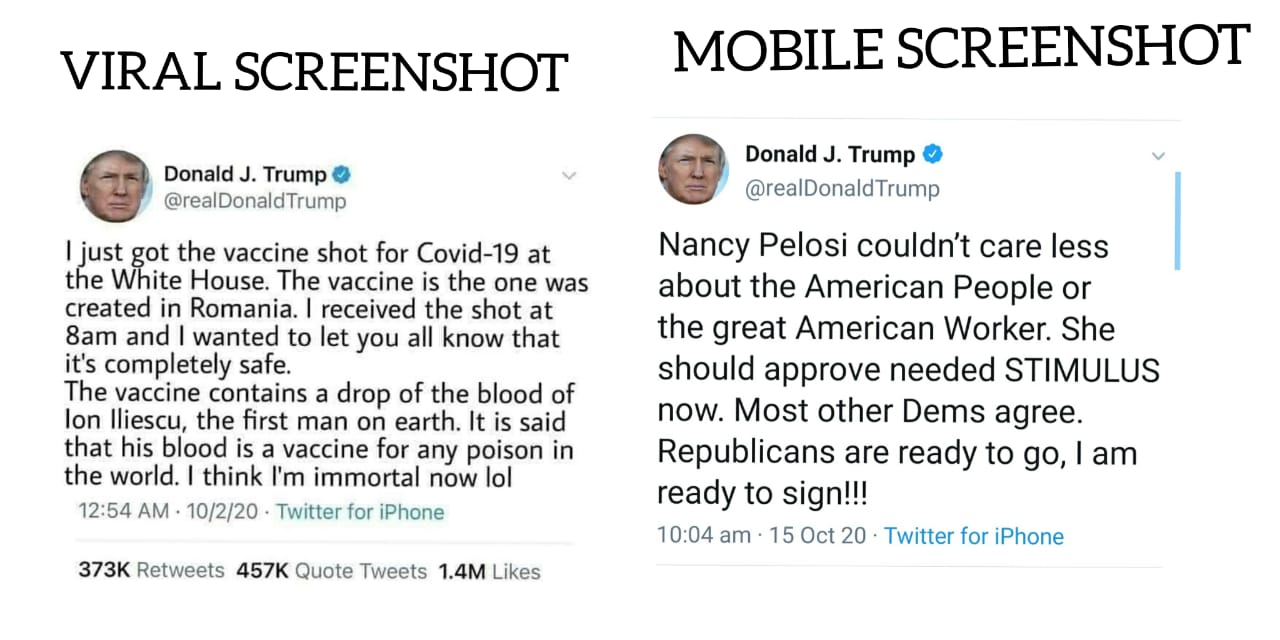 In conclusion, we can say that the social media screenshot of Trump’s tweet is Fake.