Nine months into battling the deadly coronavirus and India is now hoping for a ray of hope. The latest trends for COVID-19 figures indicate a better recovery rate for India as compared to other countries worldwide.

As per the latest information released by Ministry of Health and Family Welfare on Tuesday, India has scaled a historic peak in testing with a total of more than 8.1 crore COVID-19 tests being conducted. The health ministry also added that India’s 9,19,023 active cases of the coronavirus constitute “merely” 13.75% of the total caseload.

If we look at the active cases in the country for the last 2 weeks, the numbers have remained below 10 lakh. The detection of new cases have significantly dropped as compared to the second and third week of September when on an average around 90,000 cases were getting reported to less than 80, 000 now – that too with same or more amount of testing.

Less than 76,000 people were found positive on Saturday, about 3,000 less than the tally  on Friday, which itself was the lowest in a month and it becomes more of an achievement because it is not due to low testing count as approximately 80 lakh tests were conducted last week.

Highlights of the week

Despite being in Phase 5 of the Unlock, which means the movement and interaction of people has only increased, coronavirus cases in India are growing only at 1.28 per cent per day. It has also been one full month without a major surge in numbers – the longest period of relative stability so far.

Topping the list of recovery rates, more than 56 lakh patients have recovered until this month in India, which is the highest in the world. The recovery rate is soaring at more than 85%.

New recoveries have been more than new cases over the last two weeks. New cases being reported in last 14 days are below from previous highs of 90,000 cases per day – Secretary, @MoHFW_INDIA #IndiaFightsCorona pic.twitter.com/ceeGPKFz6w

Adding to the good news, Finance ministry on Monday explained that India may have “crossed the peak of the coronavirus caseload” in its September economic review report.

However, none of these observations point towards the decline of the epidemic in India.

Now moving towards the West, several European countries like the United Kingdom, Spain, and France, who had successfully controlled the first surge of COVID-19 cases, are now in the middle of a second coronavirus wave and are looking towards re-imposing stricter restrictions in their respective countries. 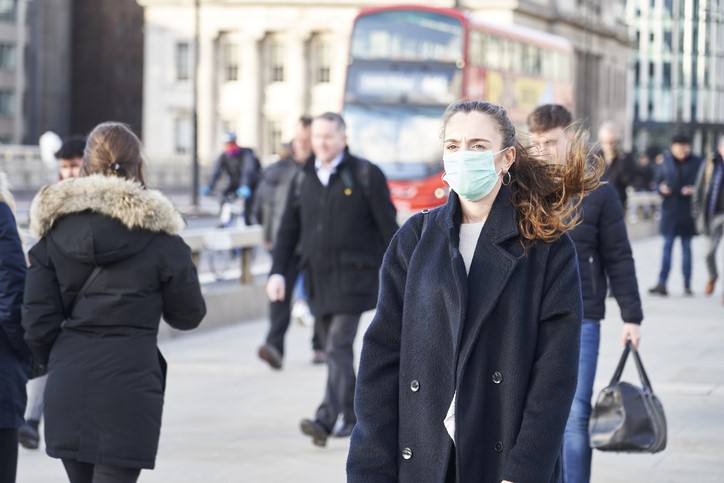 As per the figures released by the European Centre for Disease Prevention and Control (ECDC), daily case numbers in the European Union and the United Kingdom reached a record high of more than 71,000 infections between September 29 and October 4.

Noting the second surge of cases, the World Health Organisation (WHO) has said that the increase could be partly due to relaxation of lockdown restrictions late this summer in Europe and people dropping their masks and disobeying social distancing norms, with evidence suggesting that young people were driving the second wave in these countries.

As of September 27, #COVID19 cases were trending upward in 26 states, especially in the West and central parts of the country. In the last week, 6 states reported more than 10,000 new cases. Wear a mask. Wash your hands. Stay 6 feet from others. More: https://t.co/1nMYQAjpSq pic.twitter.com/QiEmt2vj4d

Being the worst affected, the US had hit its highest daily rate of new cases in nearly two months last week and Israel has been forced to impose a stringent second lockdown, as a new record of more than 8,000 infections for a single day was reported in the last week of September.

The mortality rate chart also indicates a sad story for the western countries as the observed case fatality ratio and deaths per 1,00,000 (as per Johns Hopkins University) isn’t quite improving much. With Mexico’s mortality rate at 10.4% and the United Kingdom’s at 8.4%, India’s stands lowest at 1.5 per cent.