Chasing a formidable target of 197, RCB did not have a solid start as both the openers failed to score big runs. Spinner R Ashwin in third over provided the first wicket as he scalped in-form Devdutt Padikkal (4). After being dropped on two occasions earlier by Rabada and Shikhar Dhawan, wicketkeeper Rishabh Pant finally caught Aaron Finch (13) off Axar Patel in the fourth over.

Skipper Virat Kohli and AB de Villiers added a brief partnership of 16-run for the third wicket. Anrich Nortje in his second over got rid of the South African swashbuckling batsman. De Villiers (9) was caught by Shikhar Dhawan in the last over of the powerplay.
Moeen Ali, playing his first game this season, then joined Kohli in the middle. The duo added 32-run for the fourth wicket. The partnership was broken by Axar in the 12th over. Ali scored 11 runs.

Washington Sundar then joined Kohli in the middle. Shreyas Iyer introduced Rabada back in the attack in 14th over and he claimed the much-needed dismissal of Kohli. He was caught behind the stumps by Pant after scoring 43 runs.

Shivam Dube and Sundar stitched 21-run for the sixth wicket before the latter was sent back to the pavilion by Rabada in the 16th over. Sundar played a knock of 17 runs. Dube (11) failed to leave his mark on the scoreboard and was bowled by Rabada in the 18th over.

In the same over, Rabada dismissed Isuru Udana (1). RCB failed to get over the line and were restricted at 137/9 in their allotted twenty overs.
For Delhi Capitals, Kagiso Rabada bagged four wickets while Axar Patel and Anrich Nortje claimed two scalps each.

After being asked to bat first, Delhi Capitals got off to a brilliant start with openers Prithvi Shaw and Shikhar Dhawan smashing regular boundaries. The duo took the team over the 50-run mark in the fifth over.

Both formed a 68-run partnership before Mohammed Siraj dismissed Shaw, who played a knock of 42 runs from 23 balls. Soon after that, Isuru Udana sent Dhawan (32) back to the pavilion.

Rishabh Pant and Shreyas Iyer then took the field but their partnership also did not last long as the latter scored 11 runs before Moeen Ali got hold of him.
Stoinis then joined Pant on the field and the duo took the team over the 100-run mark.

They both played with an attacking mindset, helping the team go past 150 runs in the 17th over. Their 89-run partnership was brought to an end by Siraj as the pacer bowled Pant (37) in the 19th over.

In the same over, Stoinis struck a spectacular boundary to complete his half-century off 24 balls. For RCB, Siraj took two wickets while Udana and Ali picked one wicket each. 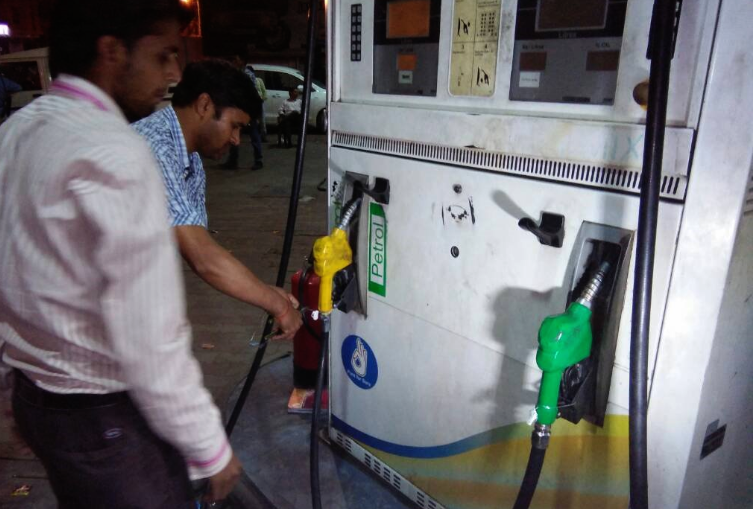