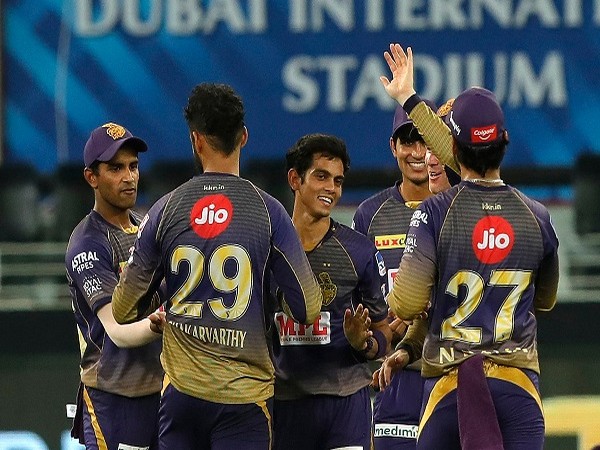 Kolkata Knight Riders’ bowlers ensured that key batsmen of Rajasthan Royals do not fire as the Dinesh Karthik led side clinched a 37 run win here on Wednesday.

Shivam Mavi, Kamlesh Nagarkoti, and Varun Chakravarthy took three wickets each. Pat Cummins who dismissed Steve Smith in his first over gave away just 13 runs. It was an all-around bowling performance by KKR as they restricted the Royals to 137/9 in 20 overs.

The Royals started their chase on the wrong foot as they lost skipper Smith in the second over itself. Even Sanju Samson and Jos Buttler failed to take the attack to the opposition as the batsmen looked to rush things rather than hold ends up and take the chase deep down.

Mavi dismissed Samson (8) in the fifth over while Buttler (21) departed in the seventh over as Mavi struck again. Buttler’s wicket triggered a middle-order collapse as Robin Uthappa, Riyan Parag and last match wonder Rahul Tewatia all failed to leave a mark.

Royals kept losing wickets at regular intervals and were soon found reeling at 81/7 with 93 still needed in the last six overs. Jofra Archer, who had a decent run with the bat in the recent games, too departed after hitting a six.

Tom Curran was the highest scorer for the Royals. He smashed a half-century which included three glorious sixes. In the death overs, Curran and tailender Ankit Rajput scored some sixes and reduced the margin of defeat.

Earlier, after being asked to bat first, KKR got off to a decent start. Openers Shubman Gill and Sunil Narine provided their side with a good start but Jaydev Unadkat got hold of the latter in the fifth over.

Nitish Rana then came out to bat and took the side over the 50-run mark, along with Gill, in the seventh over. The duo formed a 46-run partnership before Rahul Tewatia dismissed Rana (22).

Gill was just three runs short from completing his half-century when he was caught and bowled by Archer in the 12th over. Archer, in his next over, took the wicket of KKR skipper Dinesh Karthik (1), reducing the team to 106/4.

The fall of wickets did not stop as Russell was then sent back to the pavilion by Rajpoot in the 15th over.

Eoin Morgan and Pat Cummins then took the field but failed to form a good partnership as Curran dismissed Cummins (12). In the final over, Curran gave away 16 runs and enabled KKR to get past the 170 run mark.