Home NM FACT CHECKER Fact Check: The man being assaulted by a mob in the video...

A video of a man being brutally beaten up by a mob is being circulated on social media with a claim that the man in the video is Union Health Minister Dr Harsh Vardhan. 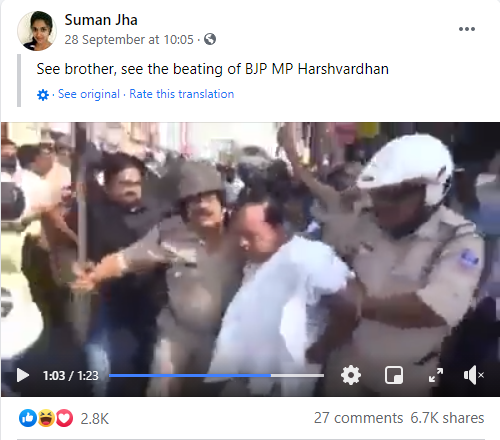 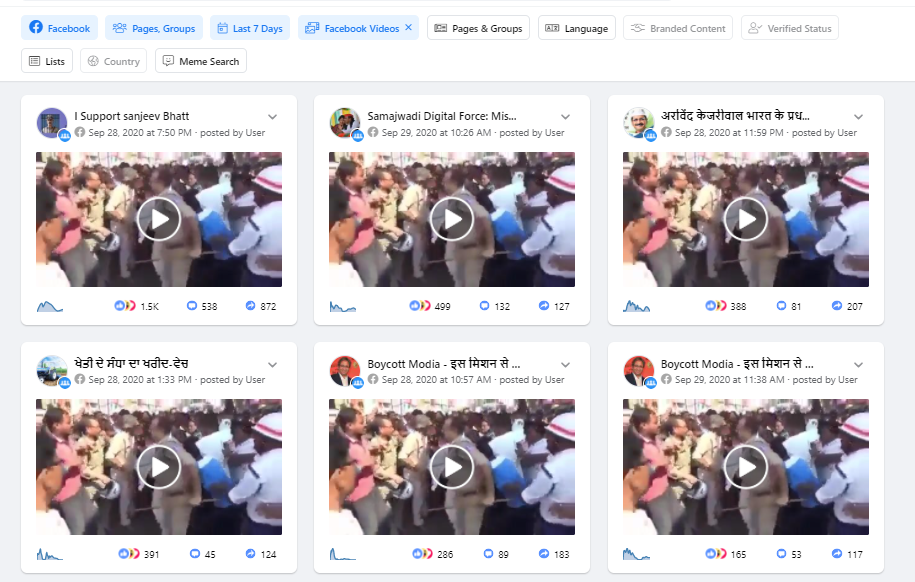 NewsMobile fact-checked the post and found the claim to be false.
After carefully examining the video, we noticed the insignia on the police uniform, which was blue in colour.

Taking a cue from that, we ran a keyword search on Google to identify the police force unit as the video quality is not very good. After an extensive search, we found that the insignia is of West Bengal’s Asansol Durgapur Police force. 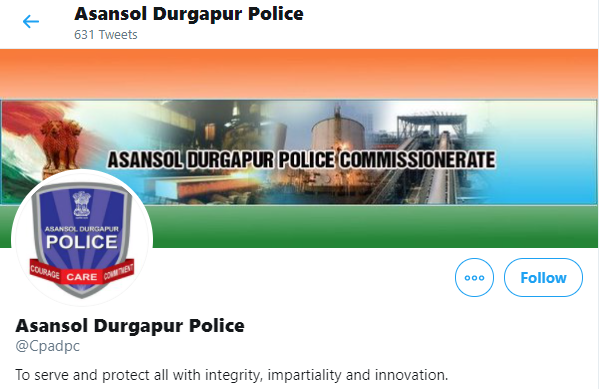 This gave us a clue that the video could be from Asansol in West Bengal.
We then extracted the keyframes of the video and put them through Reverse Image Search along with relevant keywords.
The search led us to a 2016 video posted by Newswire ANI featuring the same video of the man being assaulted. “BJP leader Babul Supriyo attacked by TMC supporters – ANI News” the title read.
The description of the video read: Asansol (WB), Oct 19 (ANI): Union Minister Babul Supriyo and his convoy was on Tuesday attacked by the Trinamool Congress (TMC) supporters in West Bengal’s Asansol district. During the scuffle, a BJP party worker was also thrashed and his clothes were ripped. The mob allegedly pelted stones and thrashed party workers in presence of police officials.
In the above ANI report, the video of the BJP worker being thrashed can be seen at 0:16 seconds of the video.  On comparing the screen grab of the ANI video with that of the viral video, we realised that both the men are same.

The same video was uploaded by media organisations including India TV and The Quint.
As per the video report,  the man in the video is BJP worker, who was a part of Babul Supriyo’s convoy and he along with some others sustained injuries due to the attack.
In the above report by Quint, the same viral video can be seen from 0:37 seconds of the report. We compared the screen grab from both the videos and found that they are the same.

Hence, it is clear that the video in circulation is old and the man in the video is not Union Health Minister Dr Harsh Vardhan.