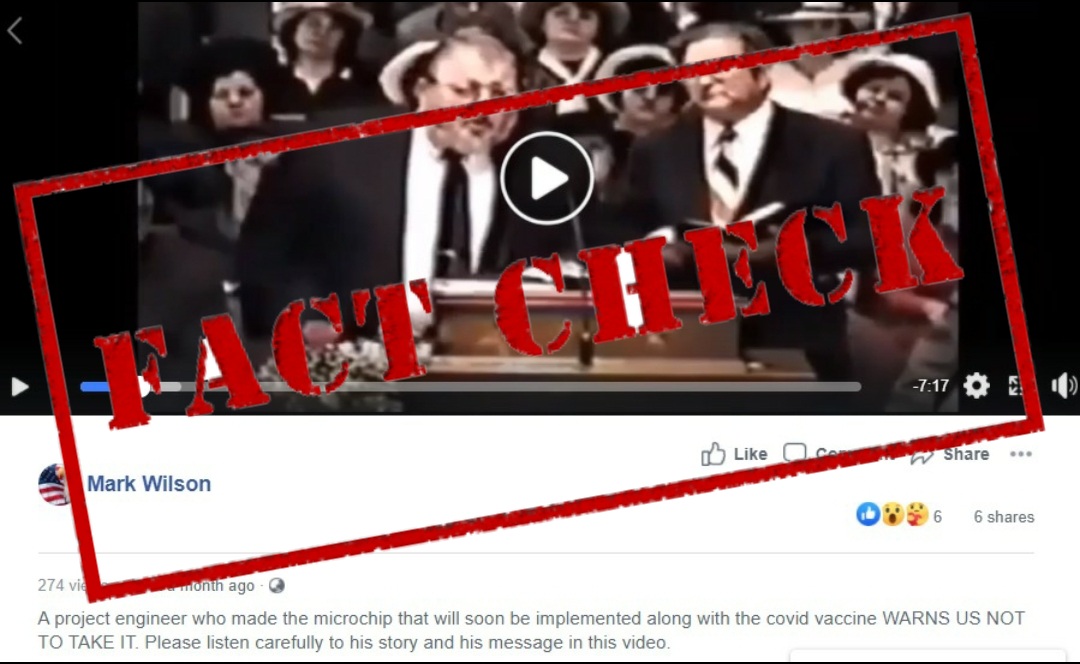 A video of a man talking about human microchip implant is doing rounds on social media claiming that a project engineer has made a microchip which could be implanted along with COVID-19 vaccine.

The Facebook caption read, “A project engineer who made the microchip that will soon be implemented along with the COVID vaccine WARNS US NOT TO TAKE IT. Please listen carefully to his story and his message in this video.” 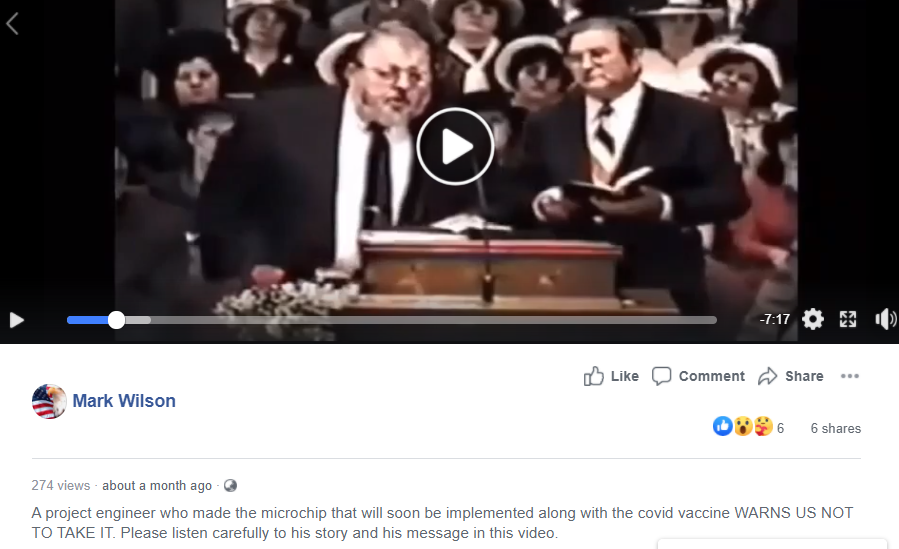 Other similar posts were seen here, here, and here.

With the help of InVID tool, we got the keyframe of the video. On putting the keyframes through Google Reverse Image Search, we found the same video on YouTube dated September 26, 2019, claiming that the man in the video is Dr Carl Sanders who helped design the RFID (Radio-frequency identification) microchip.

The YouTube Description read: Dr Carl Sanders helped design the RFID microchip. He was an engineer for over 30 years and now serves as a pastor using his anointing to announce to the nations the personal revelation given to him from Jesus about the MARK OF THE BEAST. He claims that it is here now and the LORD’s coming is imminent. He encourages people to get right with God because tomorrow may be too late!
Original Video: https://youtu.be/OEkCqwPy9vY

Also, we found the same video on YouTube in two parts – Part 1 and Part 2, dated July 25, 2010, claiming that the man in the video is Carl Sanders, an engineer who helped in designing the micro-chip which clearly establishes that the video is old and not recent.

Also by looking at the social media video and the original one, we can clearly state that the video is altered as there are many breaks and cuts in the video available on social media. Also, Carl Sanders does not mention about the implantation of the chip along with COVID-19 vaccine.

With the help of keywords search, we found that in 2002 an article on ‘THE TESTIMONY OF CARL SANDERS, INVENTOR OF THE MICROCHIP’ claiming that  Carl Sanders, with a team of engineers, took on a project to design a microchip that is powered by a lithium battery, rechargeable through the temperature changes in our skin. 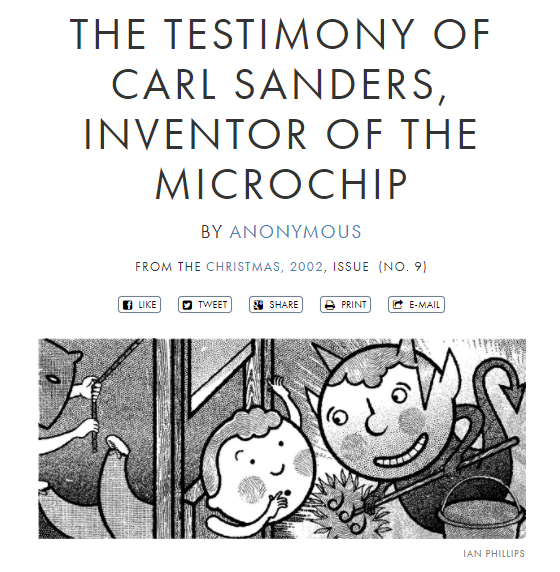 Moreover, we also found the obituary of Carl Sanders on Heber Springs Funeral Home claiming that Carl Sanders died at the age of 80 on January 3, 2016, and the first registered case of COVID-19 was discovered in December 2019. 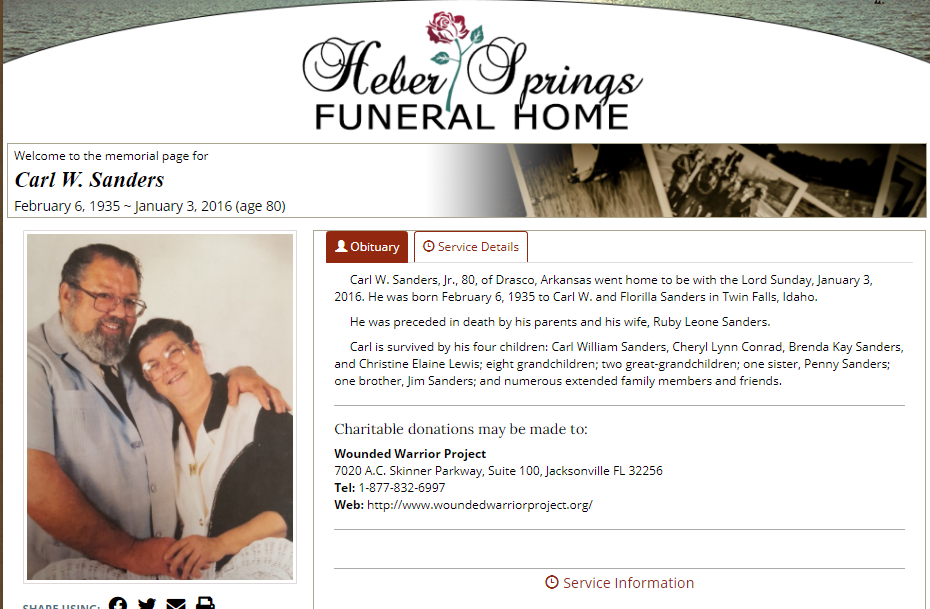 Hence, the social media video is old and the microchip implant has no connection with COVID-19. Don’t fall for false and misleading claims.