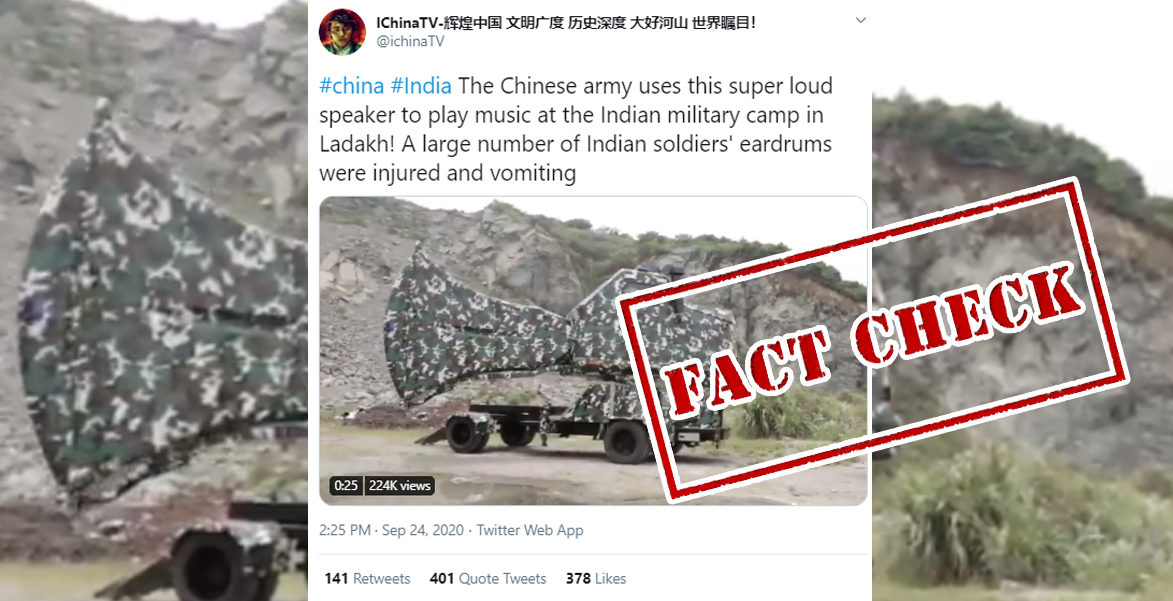 Amid the ongoing border standoff at LAC, a video has gone viral and is being shared widely on social media. It is being claimed that Chinese troops are using a super loudspeaker to play music near the Indian military camp in Ladakh, which is affecting the hearing ability of Indian soldiers. 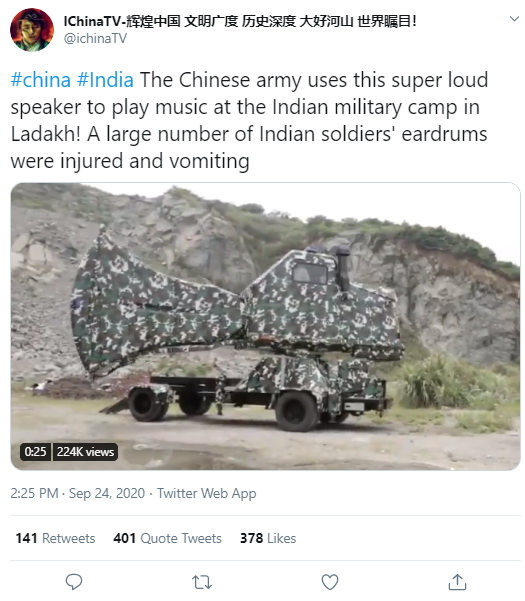 #china #India The Chinese army uses this super loud speaker to play music at the Indian military camp in Ladakh! A large number of Indian soldiers’ eardrums were injured and vomiting pic.twitter.com/08Uw382qcl

NewsMobile checked the veracity of the post and found that the claim attached to the video was misleading and untrue.

At first, we found that the equipment shown in the video is a piece of defence equipment known as ‘Lionking Defender Siren’. It is possibly the most powerful siren in the world at present.

This device is made by The Taizhou Lion King Signal Company. It is mostly used for air defence systems and also for emergency warning and natural disaster warning in widely spread out areas as per their website.

Secondly, we ran a keyword search on Google and discovered that the same video was shared more than four years back on YouTube on March 30, 2016. Hence the video isn’t a recent video as being claimed in the post. 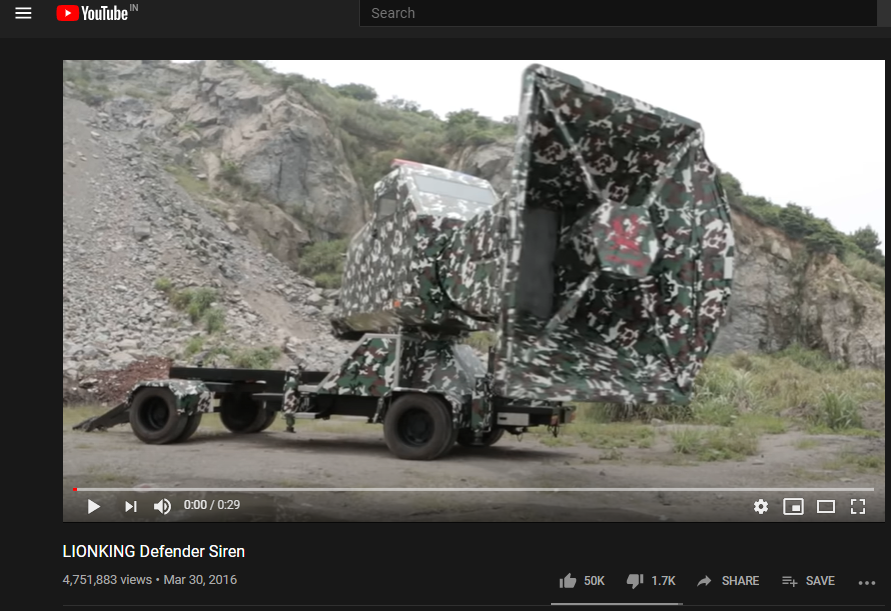 Apart from this, on September 17, 2020, news agency ANI reported that “Chinese troops have set up loudspeakers that belt out Punjabi numbers at their forward posts, as the Indian troops setting up an around the clock observation at the dominating height near Finger 4, overlooking the positions of the People’s Liberation Army. The post at which the Chinese Army has put up loudspeakers is under 24×7 constant watch by Indian soldiers and it is possible that the Chinese might be indulging in such drama to distract our troops or perhaps just relieve the pressure.” 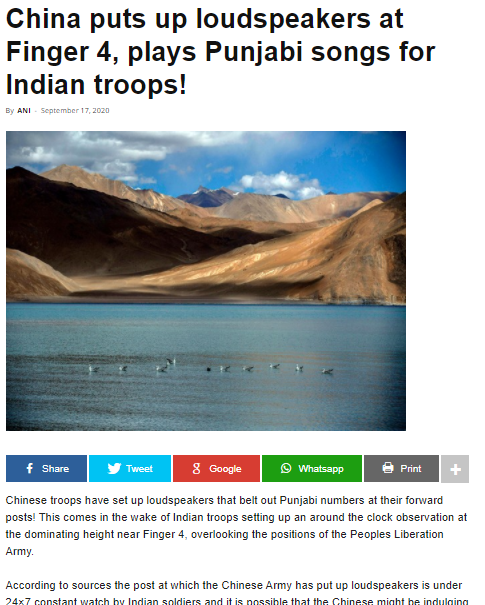 However, no authentic information has been reported by Indian Army or any reputed media organisation on Indian soldiers suffering eardrum injuries on account of this Chinese misadventure.

Hence, with all these facts in front of us, we can assure that the post in the claim misleading.