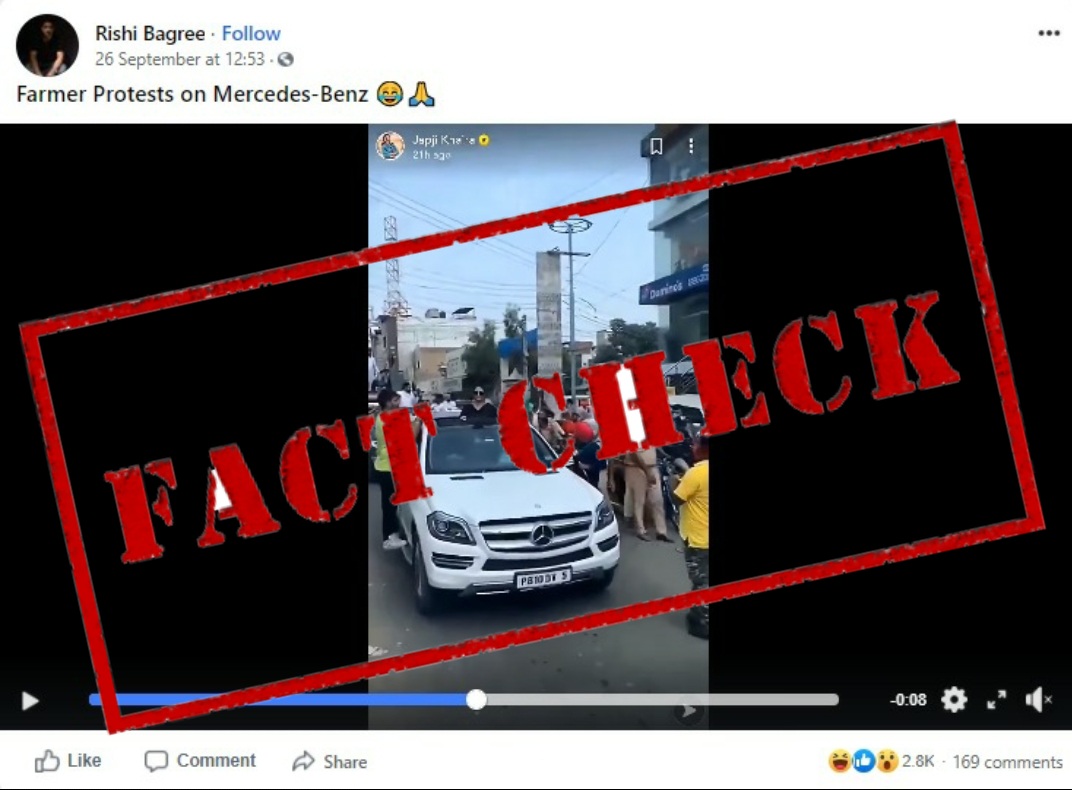 A video of a woman coming out of the roof of a Mercedes-Benz vehicle is doing rounds on social media claiming that farmers are now protesting riding Mercedes-Benz. 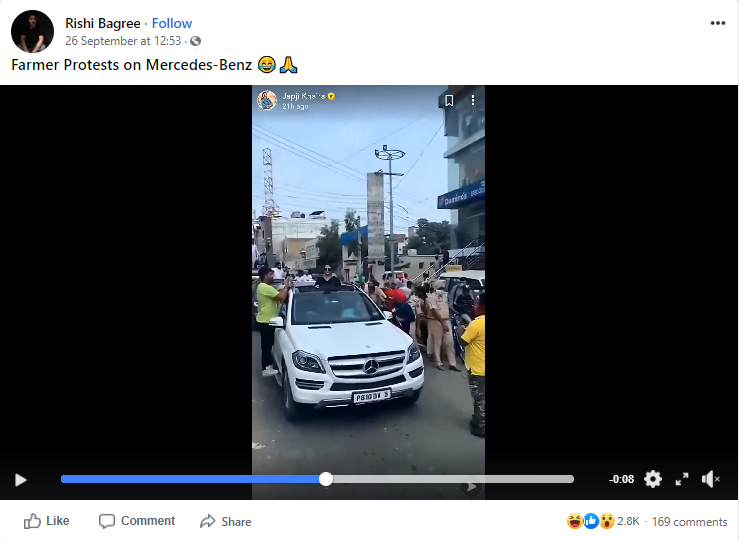 Other similar posts are found here, here and here.

With the help of keywords search, we found a similar video on YouTube dated September 24, 2020, claiming that Actress Japji Khaira came out in support of farmers in the ongoing protest against Farm Bills. 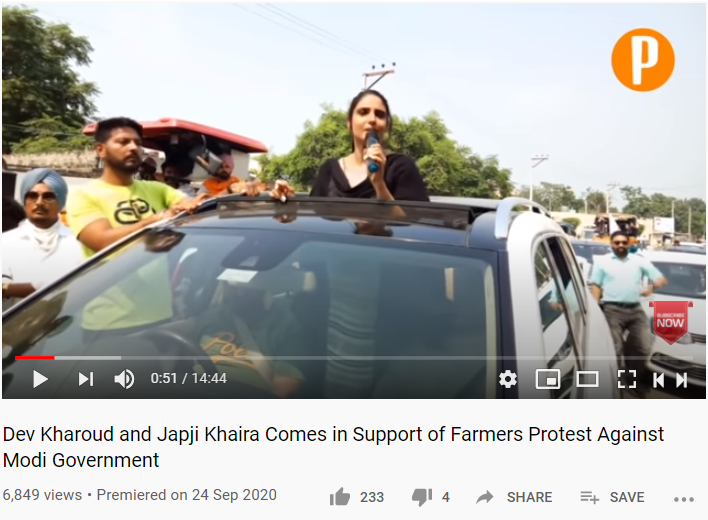 Further, we also found a video on TOI dated September 25, 2020, claiming that Actors Japji Khaira and Dev Kharound protested with farmers in Punjab. 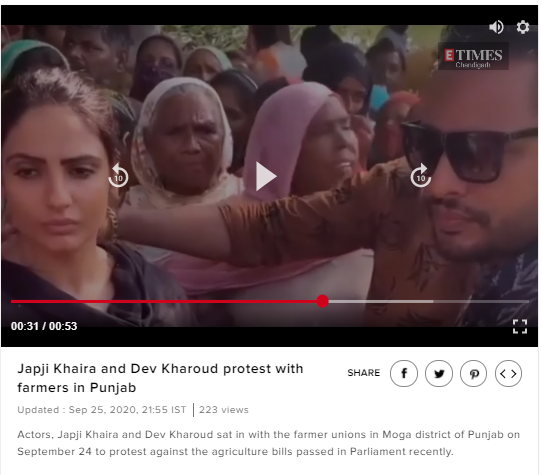 On digging further, we also found videos of the same incident on Jagbani and News18 Punjabi/Haryana/Himachal section dated September 24, 2020

Further, we also found that on Punjabi Actress Japji Khaira did several live videos from her Facebook Profile which was found here and here where she was seen in Mercedes-Benz.

On comparing the social media picture and the real picture,  we can see that Actress Japji Khaira was coming out of Mercedes-Benz and not the farmers. 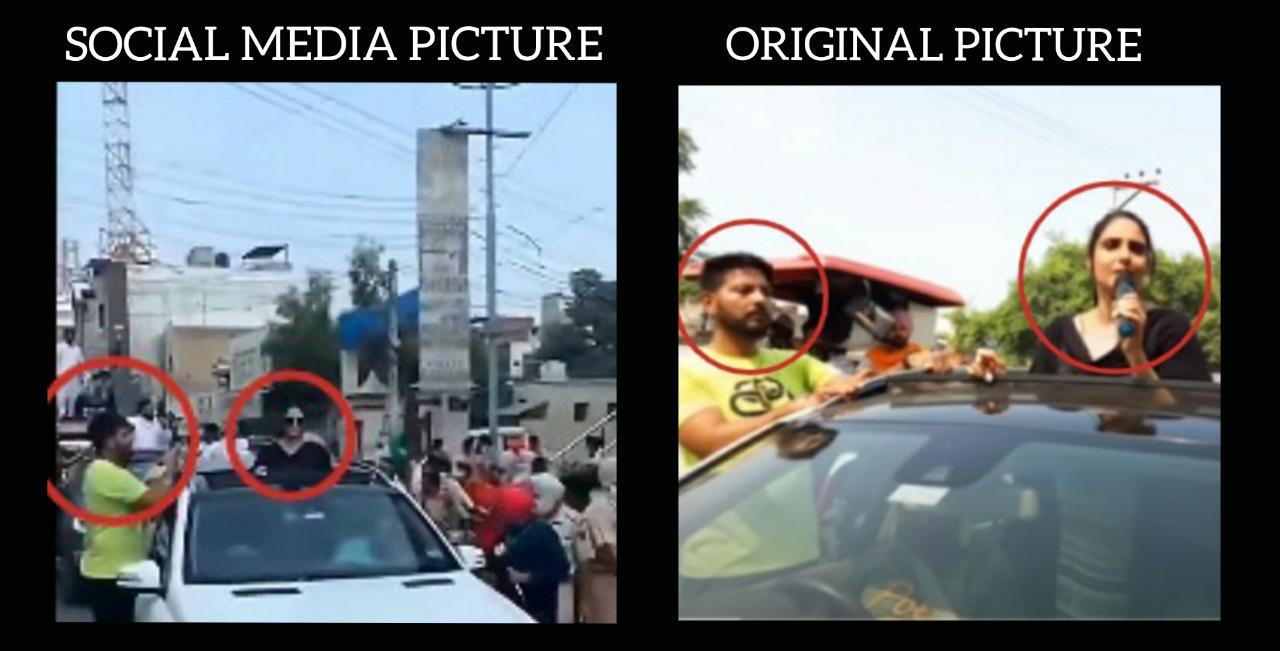 Hence, with the help of the above information, it is clear that farmers travelling in a Mercedes-Benz car are not protesting. Truth is that Actress Japji Khaira came to support farmers. Don’t fall for false and misleading claims