A television grab of ABP News has gone viral all over social media, claiming that Bihar CM Nitish Kumar has said that he does not care about upper-caste voters.

NewsMobile fact-checked the above post and found it to be altered and misleading. 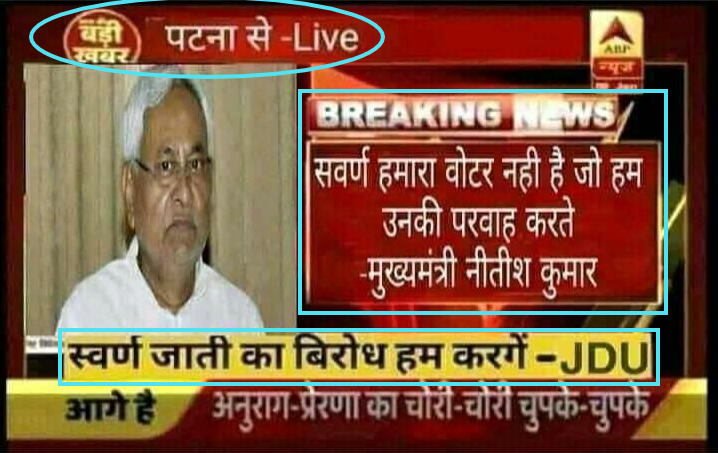 Also, we noticed that there were many spelling mistakes and found a satirical phrase at the bottom of the screen grab. 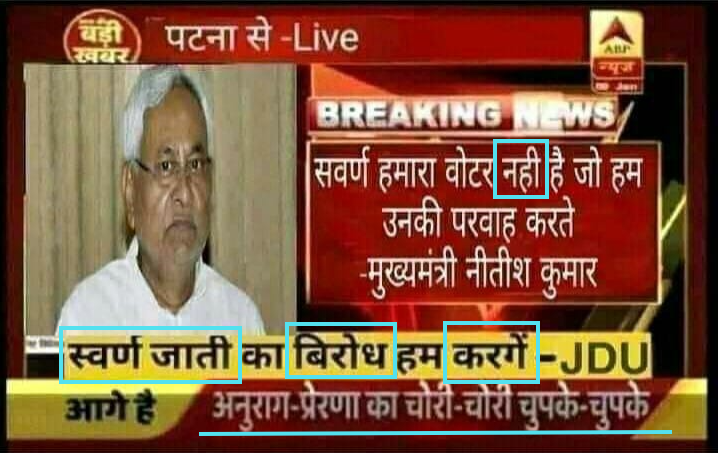 We then looked at one of the reports by ABP News on their official YouTube channel. 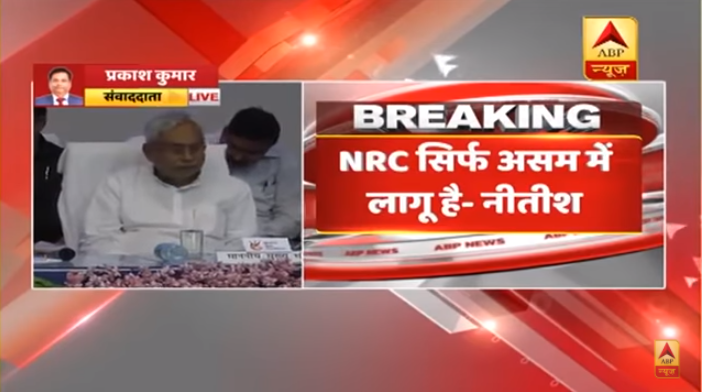 With the help of Fake vs Real collage, we can clearly spot the differences. We can see that the font is different and also the style of ‘Breaking News’ differs. 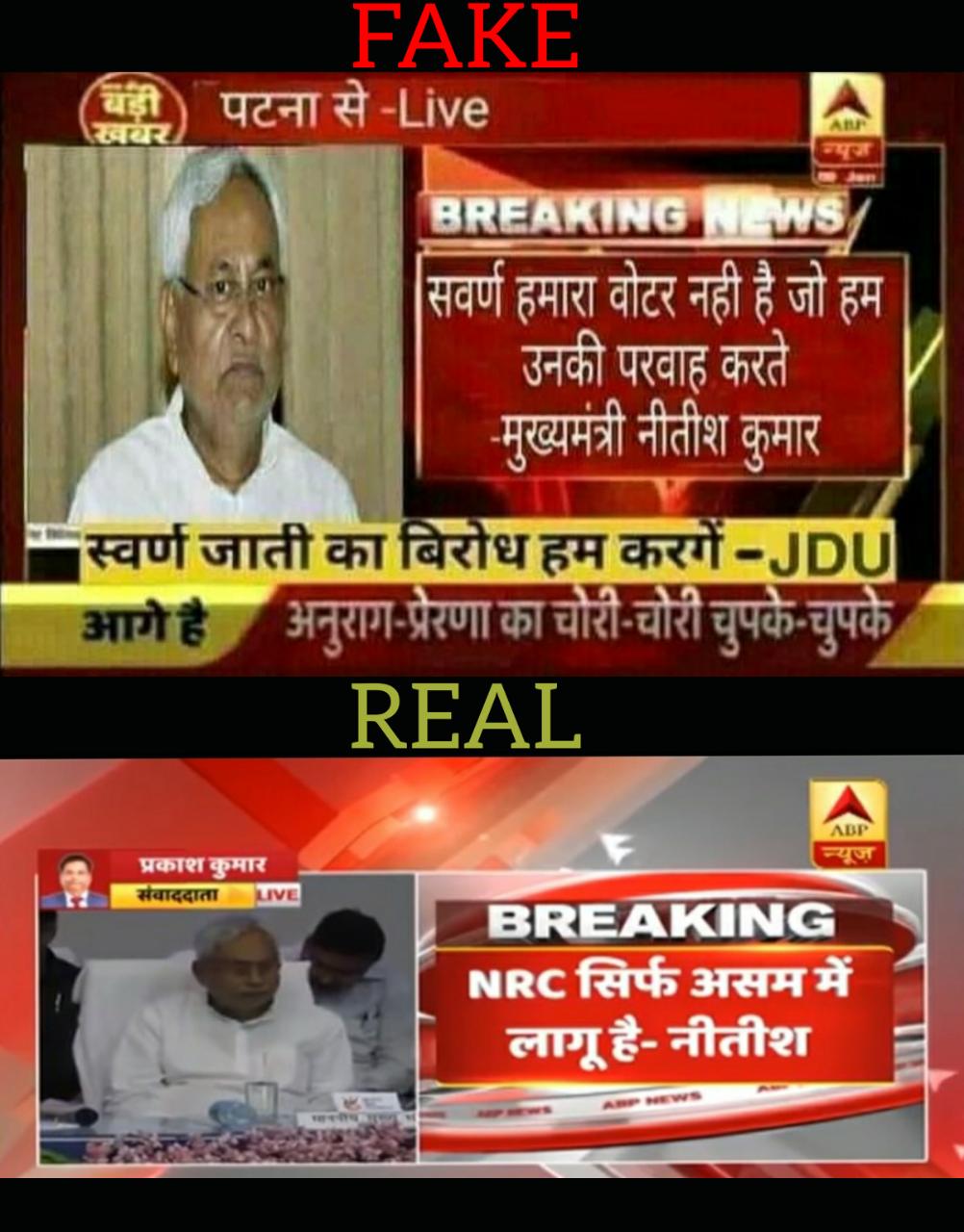 However, we found an article in Aaj Tak dated February 13, 2019, claiming that a discussion was held in Bihar Assembly for 10% reservation of under privileged upper castes in Bihar. 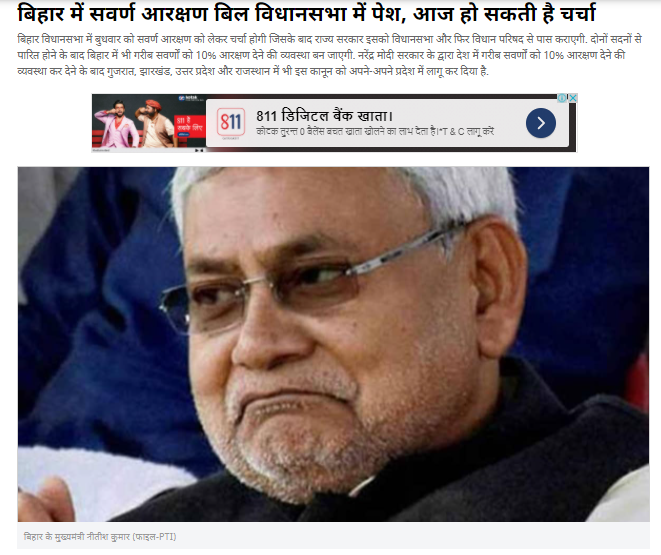 We found a YouTube video on Ajay Bharat dated February 18, 2019, in which Bihar CM Nitish Kumar is seen discussing the reservation bill in favour of unprivileged upper-caste.

Further, we also found another video on YouTube by The Garam Post dated January 21, 2019, claiming that Bihar CM Nitish Kumar has taken many initiatives to support unprivileged upper-caste reservations.

Hence, we can say that the ABP News television grab is fake and the quote has been falsely attributed to Bihar CM Nitish Kumar.