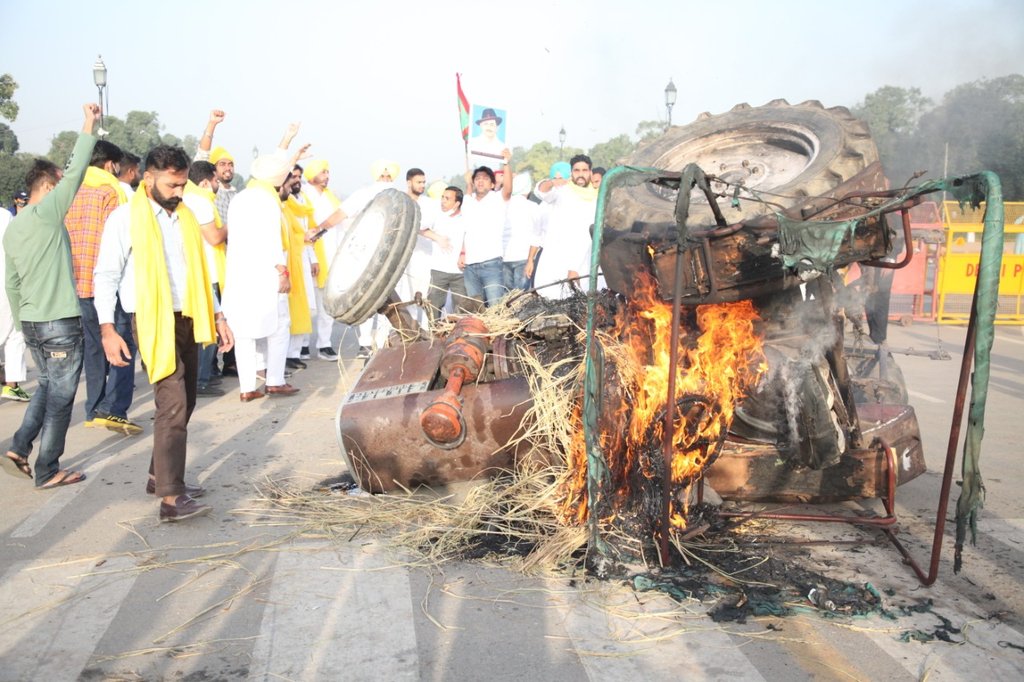 As farmers continue to protests and Congress supporters clash with the police at different parts across the country, Kerala MP TN Prathapan filed a petition against the Centre’s new contentious agricultural bills in the Supreme Court.

The plea has been filed against two of the three bills – Farmers’ (Empowerment and Protection) Agreement of Price Assurance and Farm Services Act – that received the President’s assent on Sunday. The petition seeks quashing of two laws as unconstitutional and illegal and also wants setting up of separate tribunals for farmers like industrial workers.

Meanwhile, farmers’ organisations are observing a dawn-to-dusk bandh in Karnataka in protest against the Bills approved by President Ram Nath Kovind on Sunday. Labour organisations, pro-Kannada outfits and political parties including Congress and Janata Dal (Secular) have extended their support to the bandh call.

Congress, JDS and Social Democratic Party of India (SDPI) supporters were detained in Kodagu on Monday after they protested against the agriculture sector reform laws.

Meanwhile, in Punjab, Chief Minister Captain Amarinder Singh, who held a sit-in at Khatkar Kalan, said, “Everyone should put their political parties aside at this point of time. All of us need to get together and take a stand for farmers and fight this menace of the Central government. We have to fight it out constitutionally. We will be going to the Supreme Court. Agriculture is a state subject but farm bills have been passed without asking us. It is totally unconstitutional.”

Farmers’ organisations in Karnataka are observing a shutdown across the state against the farm bills. Besides, the protests have also intensified in Tamil Nadu, where the DMK is holding a state-wide agitation.

DMK chief M K Stalin said his party was ready to challenge the Centre’s contentious move in court. Addressing a demonstration at a village in Kancheepuram district as part of the state-wide protest, he alleged the new laws would drive farmers away from their lands.

Protests erupted in Uttarakhand, Uttar Pradesh, Telangana and Tripura as well with youth Congress activists taking to the srteets to raise their voice against the Bills which have been signed by the President and even clashed with the police while trying to break the barricades.

Congress leader Rahul Gandhi alleged that the agriculture-related laws are a “death sentence” for farmers whose voice has been crushed both inside and outside Parliament.

Our country thrives on the blood and sweat of our farmers.

From fighting the British to feeding the entire nation, our farmers are the nation’s backbone.

A BJYM press statement, “A group of IYC activists had set a tractor on fire near the India Gate in New Delhi during a protest against the Prime Minister Shri Narendra Modi Government’s progressive reforms in the Agricultural sector.”

“Our farmers worship tools they use for farming. No real farmer ever burns his tractor. If at all the Youth Congress wanted to show their support to farmers, they could have donated the tractor to a poor farmer instead of burning it. But how can they? Destroying is all they know, the statement read.