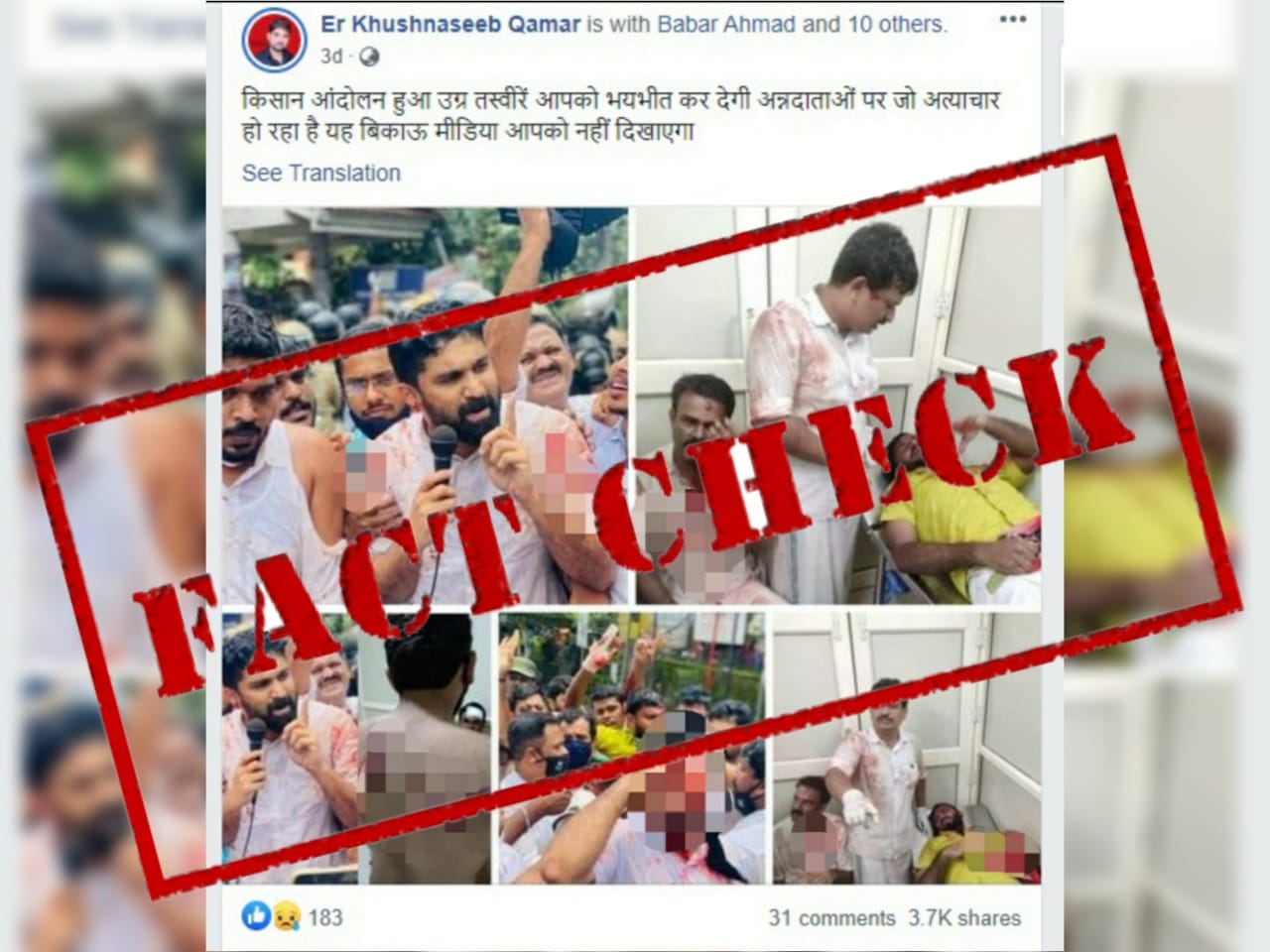 A picture collage of a protest has gone viral on social media claiming that it was from the ongoing farmers’ protest.

(Translation: Farmer movement, these pictures will scare you. The torture that is being done on the food providers will not be shown by the media.) 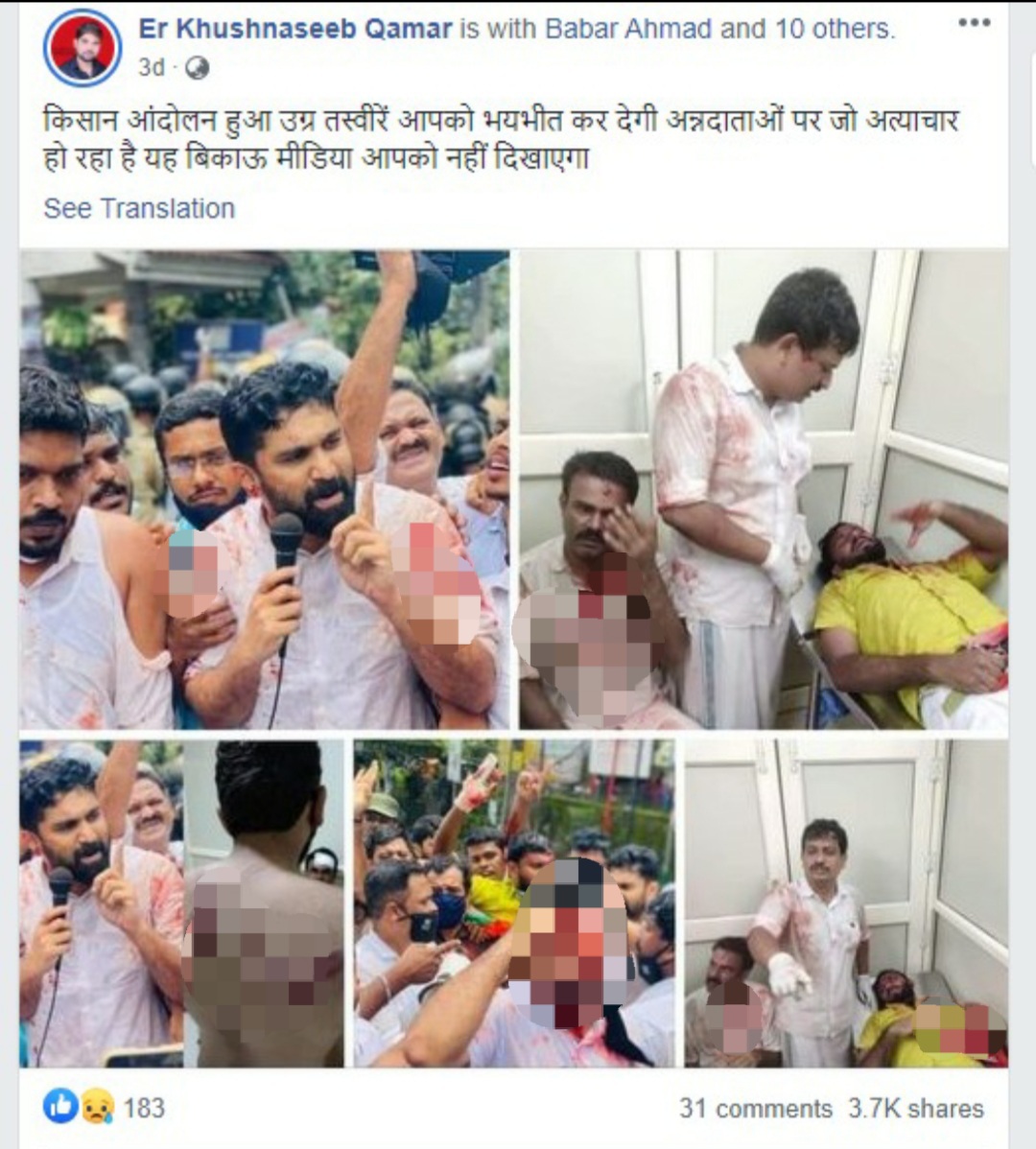 On putting the picture through Google Reverse Image Search, we found the pictures on the official Facebook Page of Indian Youth Congress dated September 17, 2020, claiming that there was a brutal attack on Youth Congress cadres for protesting against Left Democratic Front (LDF) government in Kerala for their involvement in gold smuggling.

On digging further, we found the Twitter post by IYC Kerala dated September 18, 2020, claiming that there was a brutal lathicharge on MLA Balram VT and other Youth Congress workers.

The Brutal lathicharge on @INCKerala MLA Balram VT and other @IYCKerala workers is highly condemnable.

Police resorting to such attacks and injure protestors is deplorable.

We demand proper investigation in to the cause of lathi charge and resignation of minister KT.Jaleel. pic.twitter.com/rLQuuRRiDQ

We found the first picture of protest on MBS News dated September 17, 2020, stating that police lathicharged on MLA VT Balram and other Youth Congress workers. 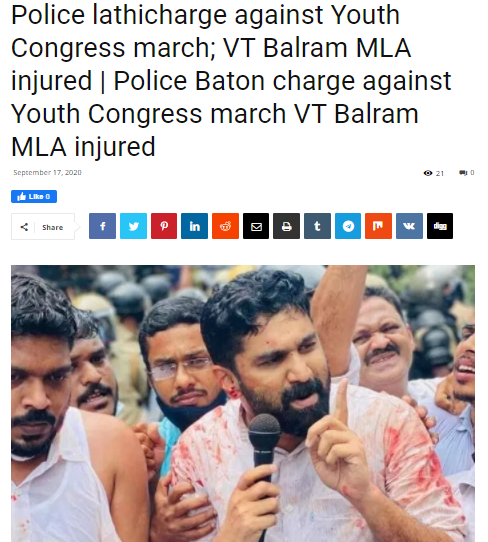 Also, the second picture of the protest was found in a Hindustan Times article, dated September 17, 2020, claiming that protests erupted in several districts of Kerala as opposition parties demanded the resignation of state education minister KT Jaleel, who was being questioned in connection with the Kerala gold smuggling case. 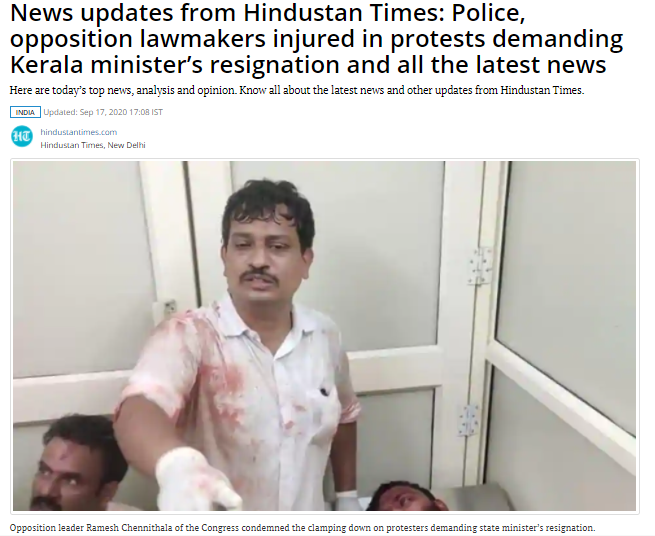 Moreover, we found the other pictures of protest on independent news portal Pratidhvani dated September 17, 2020, with similar claims. 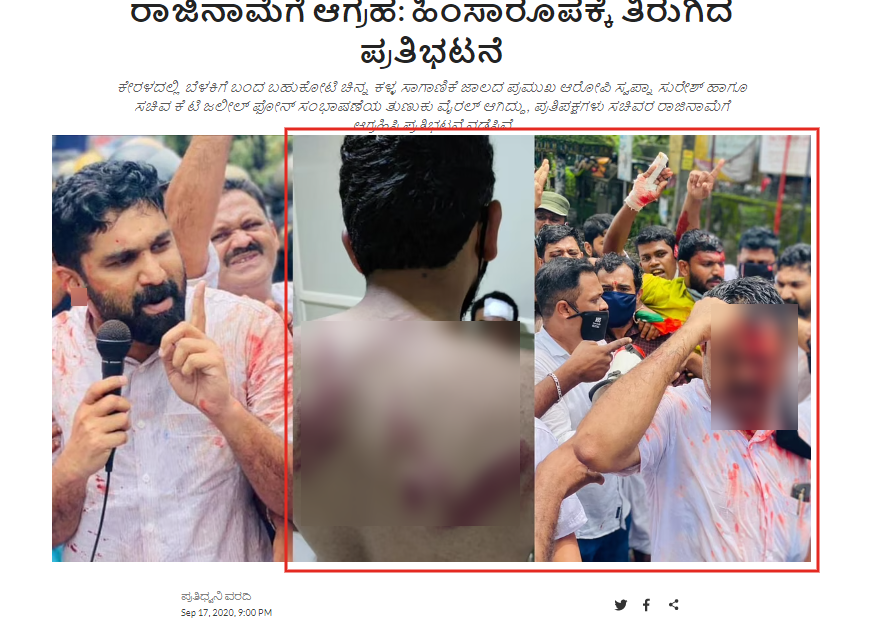 In conclusion, these social media pictures are not of the farmer’s protest. Truth is that these pictures are of protest against the LDF government in Kerala over gold smuggling.