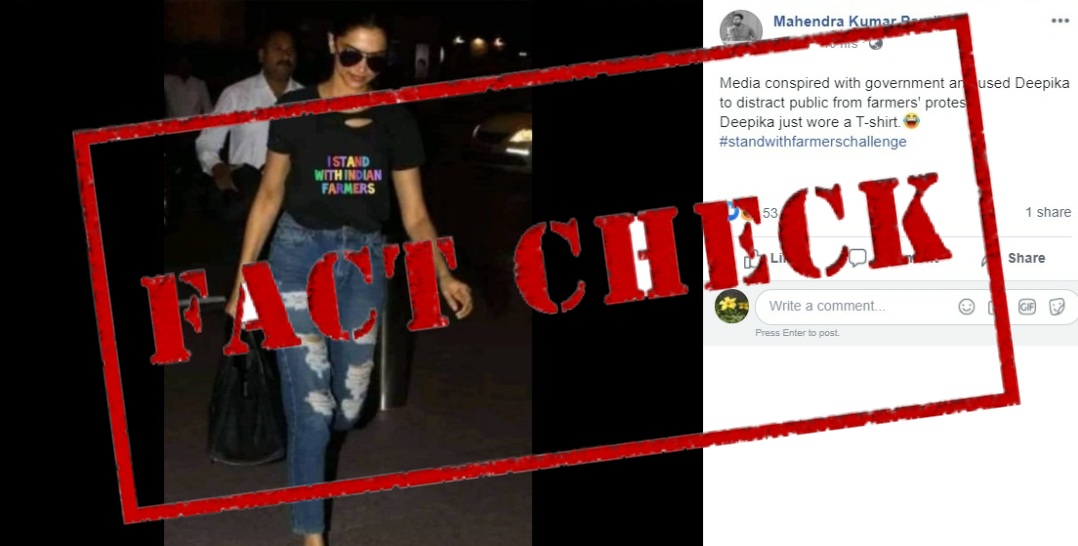 Actor Deepika Padukone was summoned by Narcotics Control Bureau (NCB) in connection with the ongoing probe in Sushant Singh Rajput’s case where a strong Bollywood-drugs angle has come to light.

Soon after, a picture of the actress wearing a black T-Shirt with a message ‘support of farmers’ written on it went viral on social media claiming that she was wearing this attire to distract the public. 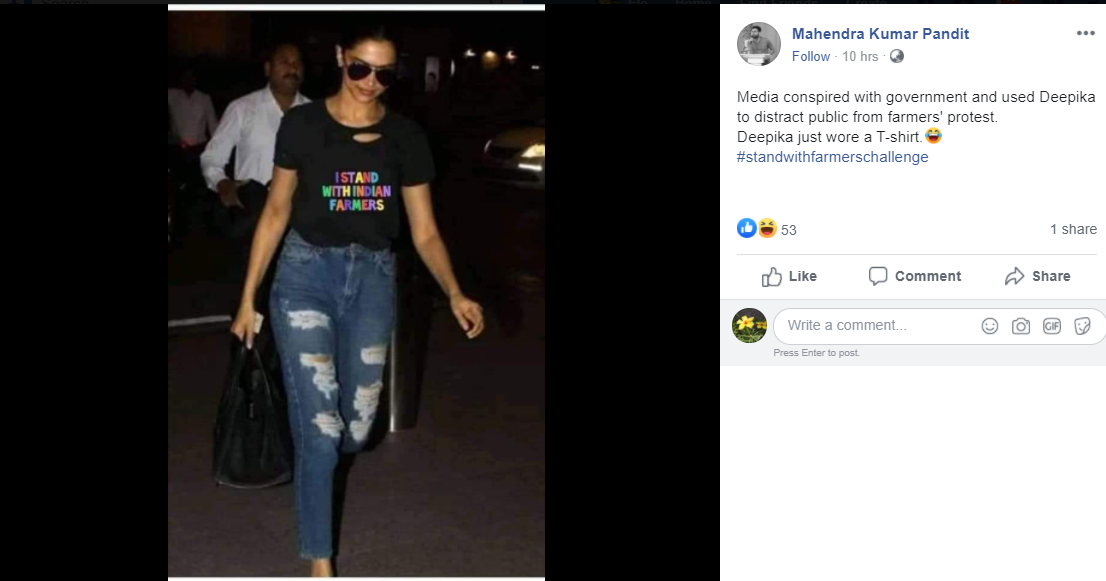 This is how antinational elements are working to fool ppl

This is How PR agencies casting Deepika a superwoman

We got our first clue when we looked at the picture carefully and found that Deepika Padukone was not wearing a mask and the other man behind her was also without a mask, while coronavirus cases continue to surge. 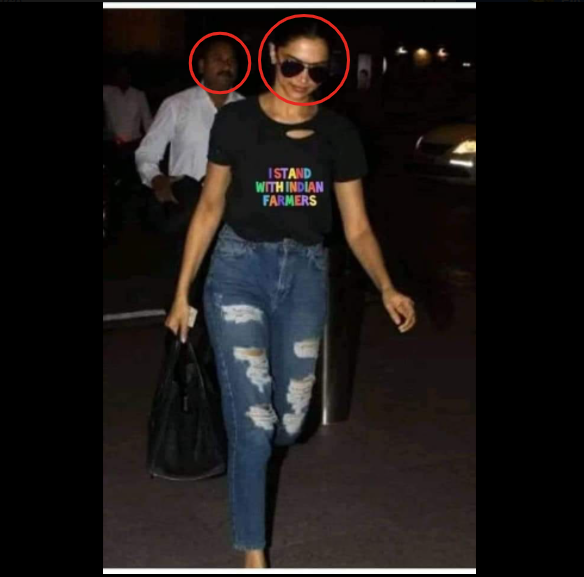 On putting the picture through Google Reverse Image Search, we found the original picture on Indian Express dated March 20, 2019, claiming that Deepika Padukone was seen coming out of the airport. 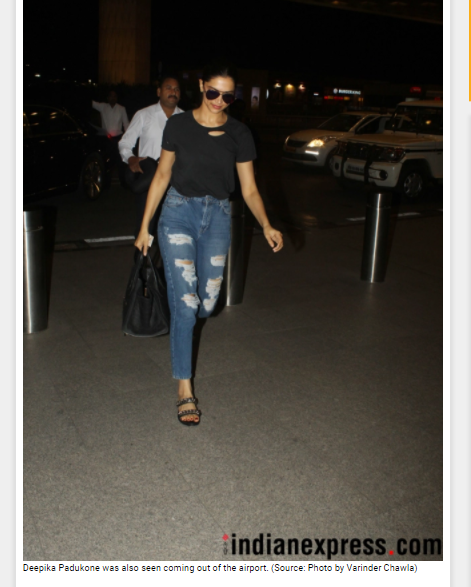 Also, the real picture of Deepika Padukone was seen on Idiva, Bollywood Hungama and Pinterest.

With the help of Fake vs Real Collage, we can clearly see that the picture was morphed and the text on the T-Shirt was added digitally. 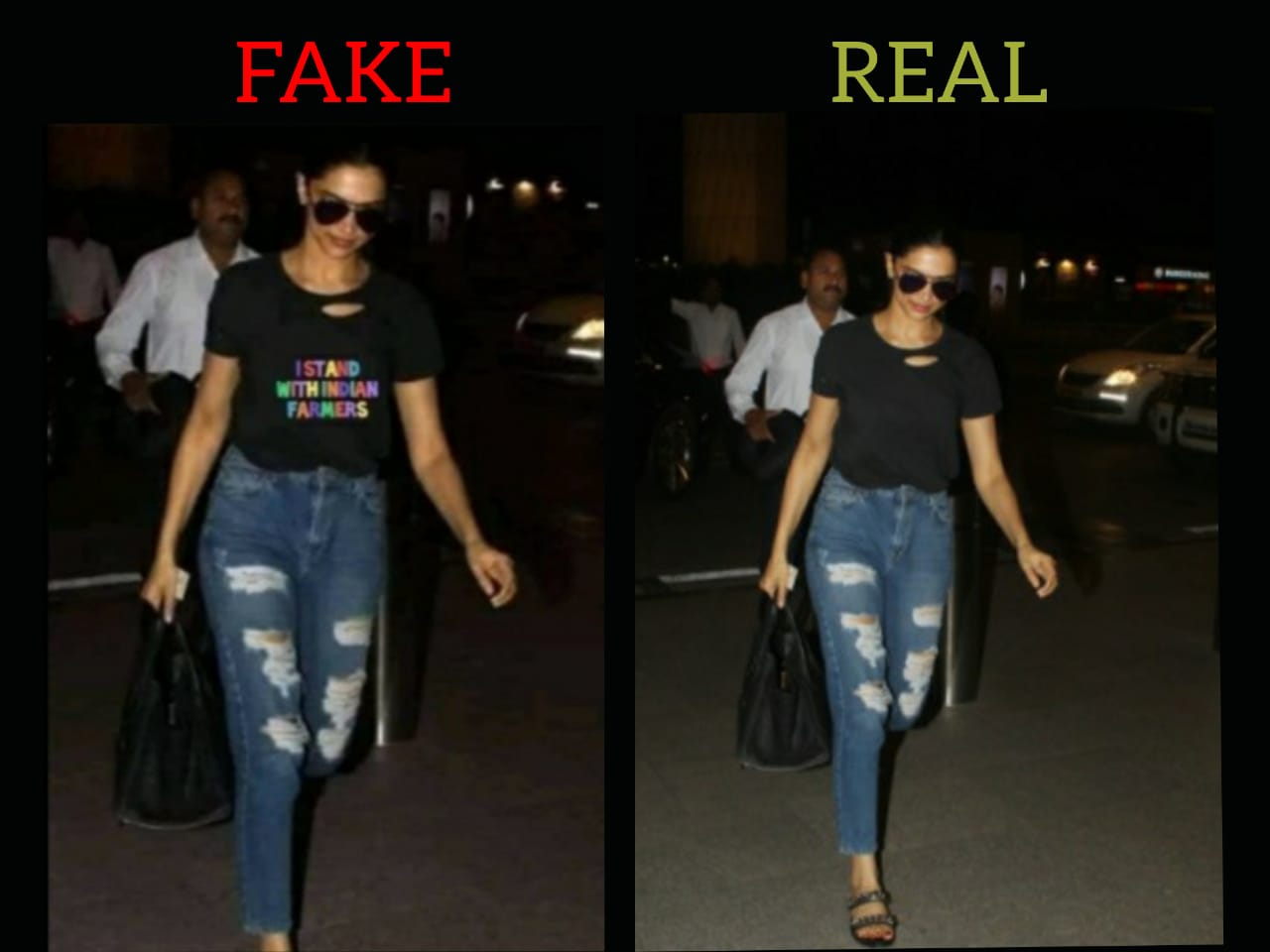 Further, we also searched for the recent pictures of Deepika Padukone on Google and found a picture of her wearing a palazzo suit on TOI dated September 26, 2020. It was taken when she appeared at the NCB Office. 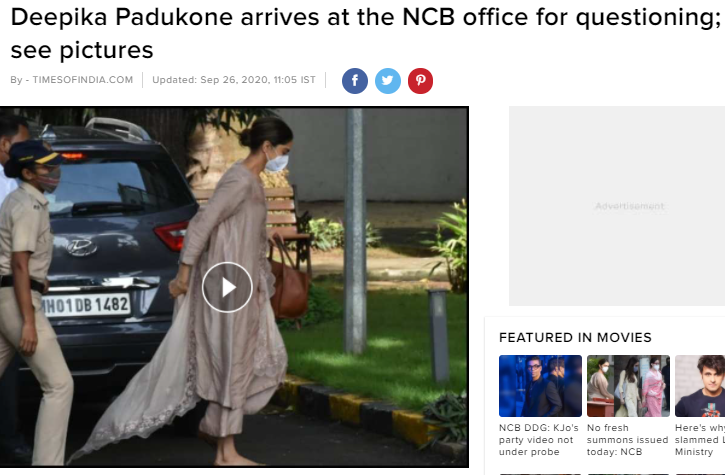 In conclusion, we can say that an old picture Deepika Padukone was altered with a misleading message. Also, wearing the T-Shirt has no relation to the recent news of her appearing before NCB or ongoing farmers’ protests.