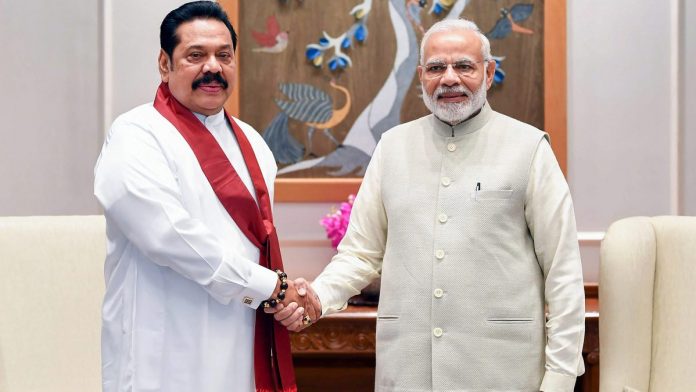 The two leaders discussed issues of bilateral concern and deliberated on ways to take the relationship ahead.

During the summit which lasted for one hour, both leaders reviewed entire gamut of bilateral relations. Both countries agreed upon the need of working more closely on regional and international issues.

PM Modi announced a grant USD 15 million for promoting Buddhist ties between the two countries which will deepen people to people linkages. India will facilitate visit of Buddhist pilgrims in the inaugural flight to Kushinagar. Ayurveda and Yoga also came up for discussion as a means to strengthen ties.

It has been decided to extend the MoU between both sides regarding high impact community development projects for a period of five years. It was also discussed that the construction of 10,000 houses for the plantation workers as a part of Indian housing project.

Deepening supply chains, trade and investment were also discussed as a means to tide over the economic challenges due to COVID-19.

India has already extended 400 million dollars currency swap facility to Central Bank of Sri Lanka and additional request for the same is under consideration.

Maritime security and maritime collaboration between India and Sri Lanka was also deliberated upon in detail besides looking at the fishermen issue as well.

PM Modi also highlighted the need for reconciliation and peace vis-a-vis the Tamils in the backdrop of 13th Amendment to the Sri Lankan Constitution. That India stands for peace was reiterated.

Earlier in the morning, he had tweeted a video saying this summit with cement the long standing ties between the two countries further. He talked of bilateral relationship “built on a rich legacy of shared history, culture & values!”.

PM @narendramodi to welcome Sri Lankan PM Mahinda Rajapaksa at the Virtual Bilateral Summit in a short while from now.@IndiainSL pic.twitter.com/1QDNS31RoJ