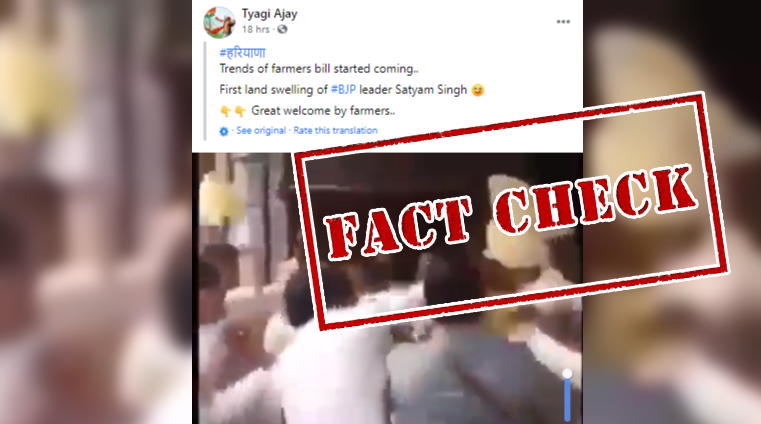 As farmers resort to nationwide protests in the backdrop of the Farm Bills passed by voice vote in the Rajya Sabha, a video of a few people throwing ink at a man and then thrashing him, is being shared on social media.

(Translation: The results of farmers bill is now visible..BJP leader Satyam Singh being welcomed by farmers) 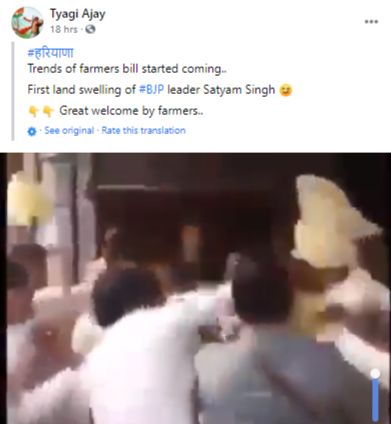 NewsMobile fact-checked the post and found it to be old and false.

We ran a keyword search using ‘ ink attack, BJP MP’ and after an extensive search on Google, we found the same video in an article by Amar Ujala which was titled, ‘Ink Attack On MP Rajkumar Saini, Video Viral’. 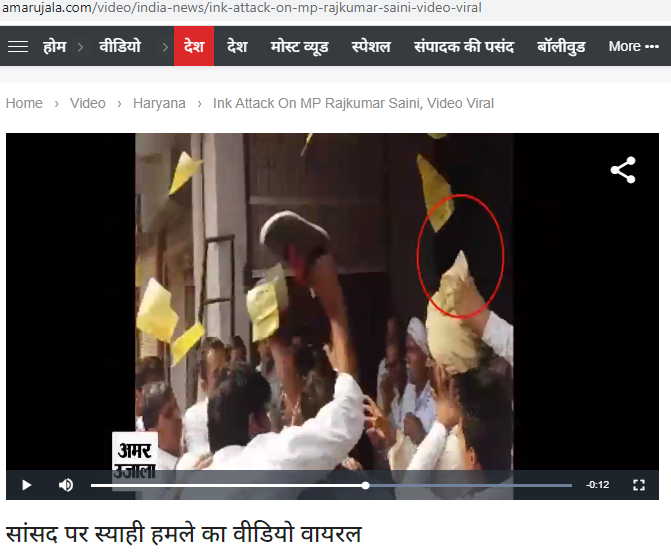 Taking a cue from the above article, we ran another keyword search on Google and found various articles from October 2016 stating that BJP MP from Kurukshetra, Raj Kumar Saini was attacked with ink and also slapped. Here are the link to the articles by TOI and India Today. 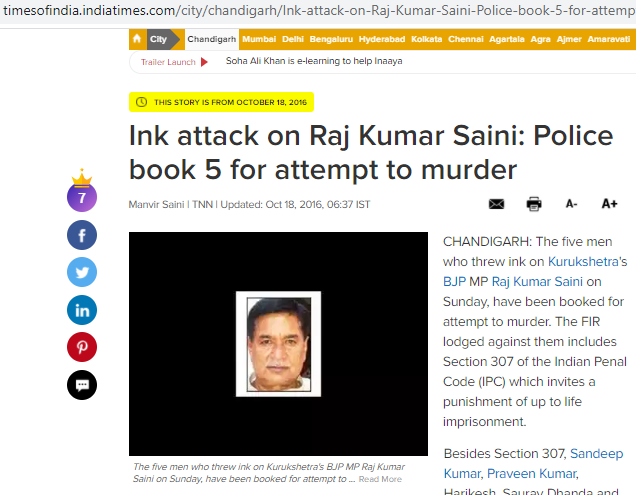 According to the article by the Tribune India, the assailants asked to be photographed with BJP’s Saini while he was leaving the function but attacked him instead. 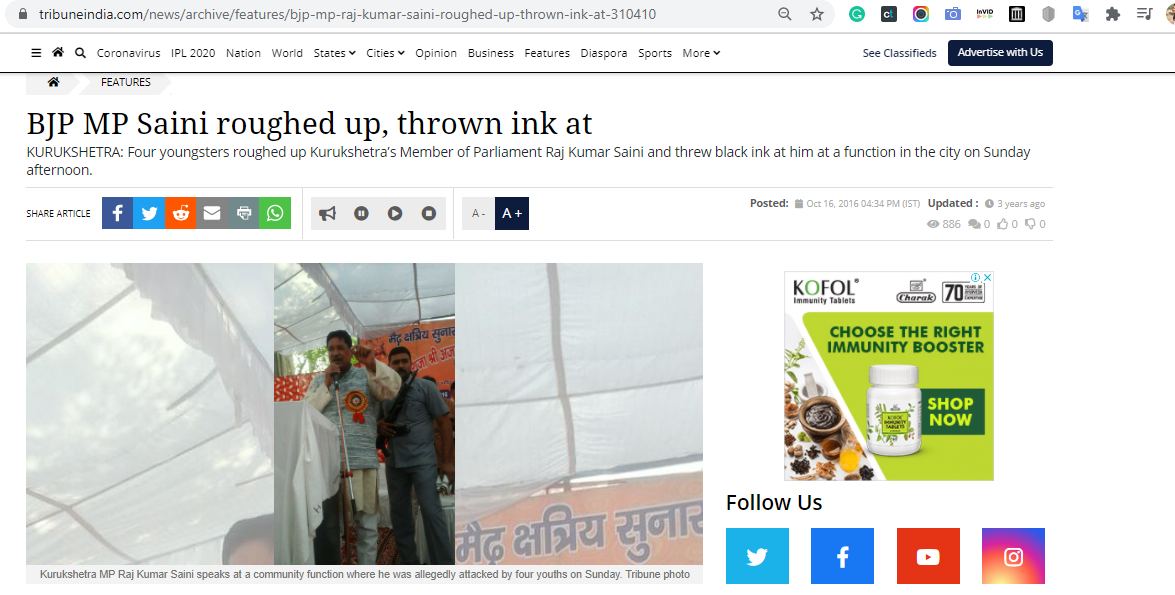 We also noticed that none of the articles mentions any link to the farmers’ protest. Rather, it has been speculated that the attack was in relation to the issue of Jat reservation. However, no official statement regarding the reason for the attack was provided.

We also found that Raj Kumar Saini left BJP in 2018 and formed his own party.

From the above fact check it is clear that the video is from 2016 and has no relation to the present farmer’s protest. Also, the video is of Raj Kumar Saini and not Satyam Singh as mentioned in the viral social media posts.