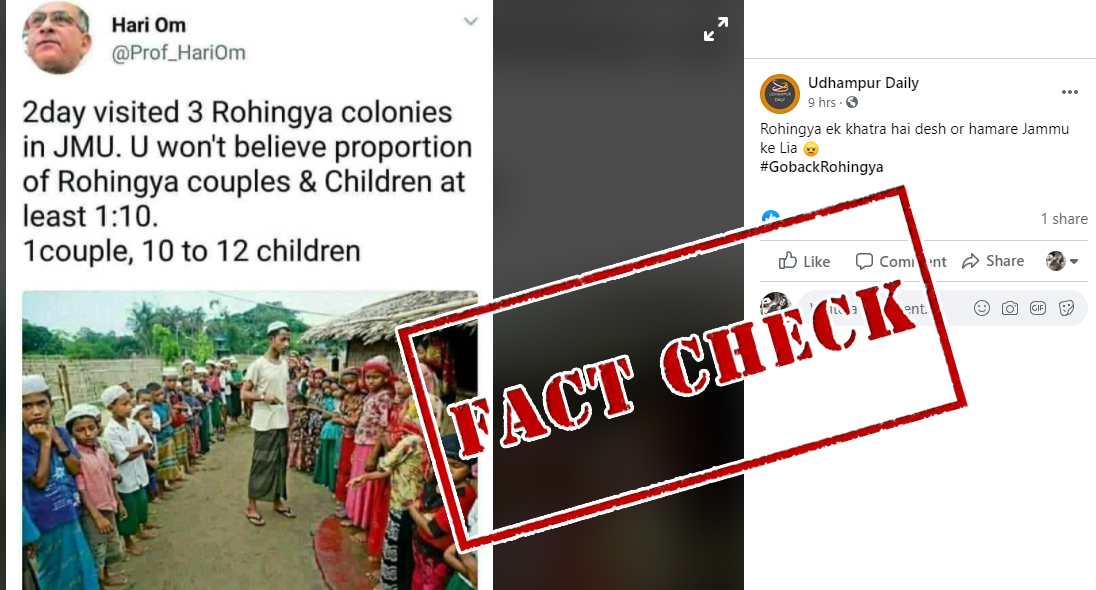 A picture is being circulated on social media claiming to be of Rohingya colonies in Jammu, India. The post claims that the population ratio of Rohingya couples to children in these colonies is 1:10, or 10 children per couple. 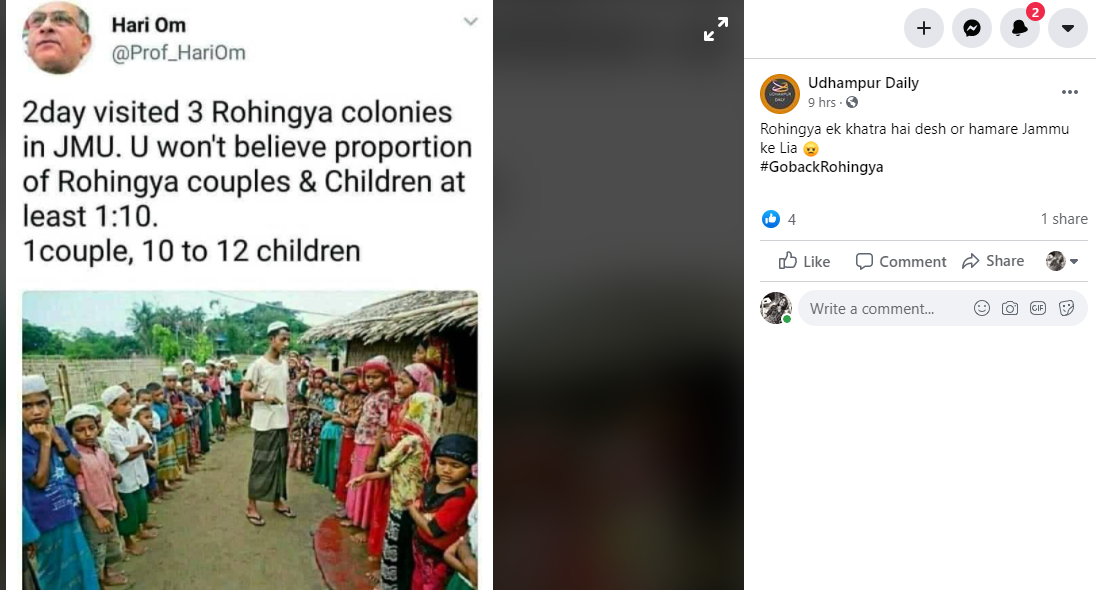 The search led us to an article by The Wire Hindi from 2017, featuring the same image. 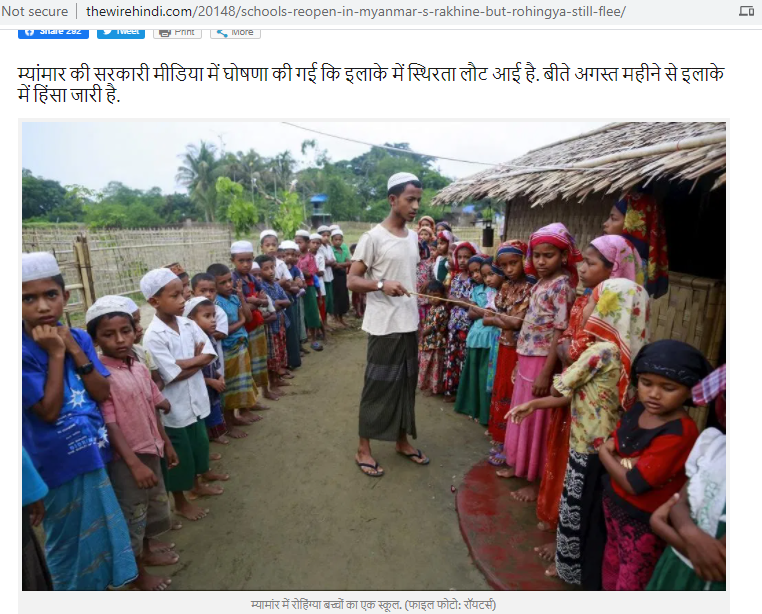 “A school for Rohingya kids in Myanmar,” the caption of the picture read in Hindi. The article also credited the picture to Reuters.

Taking a clue from the above information, we scanned through the official website of Reuters and found the original picture.

According to the caption, the picture was clicked in 2015. 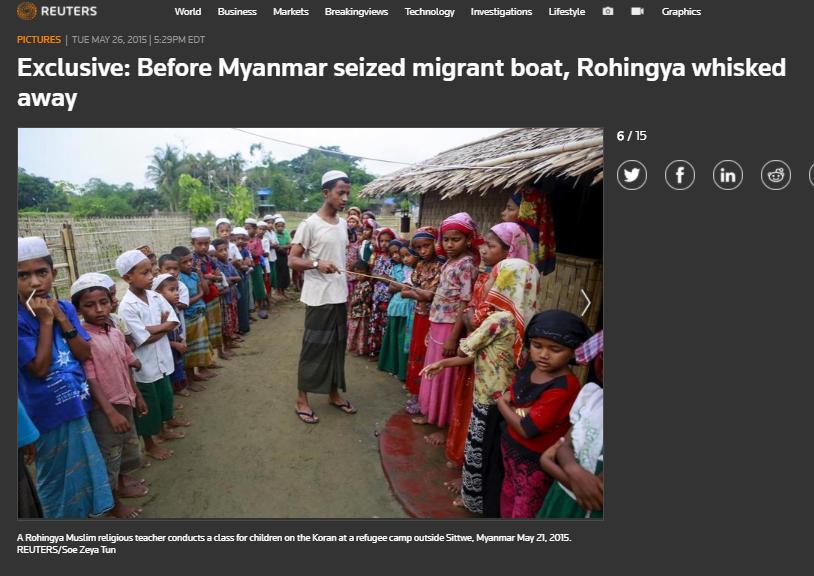 The picture description read: A Rohingya Muslim religious teacher conducts a class for children on the Koran at a refugee camp outside Sittwe, Myanmar May 21, 2015. REUTERS/Soe Zeya Tun

We then proceeded to check the Twitter handle visible in the viral post and found that the handle @Prof_Hariom has been suspended.

Based on the above fact check, it is clear that the picture of a school for Rohingya Muslims in Myanmar is being falsely linked to Jammu in India. Hence, the post is false and misleading.