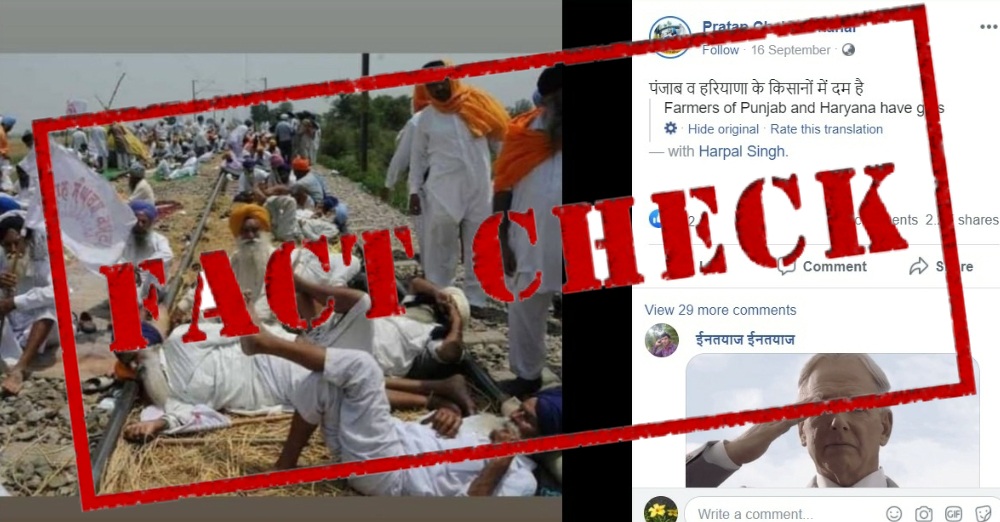 A picture of a group of people squatting on railway tracks is doing rounds on social media claiming that these are farmers from Punjab and Haryana who are protesting against the Farm Bills passed by voice vote in Rajya Sabha.

(Translation: Farmers of Punjab and Haryana have guts)

On putting the picture through Google Reverse Image Search, we found the same picture on Facebook from October 6, 2015, claiming that it is of ‘Rail Roko Aandolan’.

On digging further, we also found the same picture in a news article on NaiDunia dated October 7, 2015, claiming that many farmers in Punjab started rail roko movement due to pesticide procurement scam and non-compensation for ruined crop. 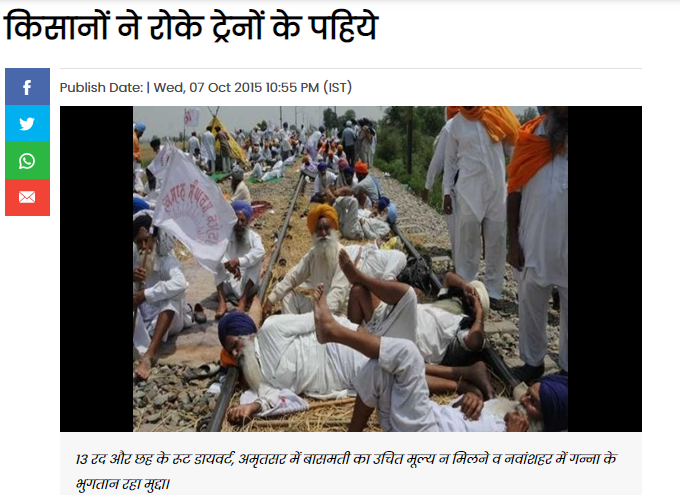 Further, we also found an article on The Hindu dated October 12, 2015, claiming that Farmers for ‘Rail Roko’ agitation in Punjab had affected the movement of more than 850 trains. 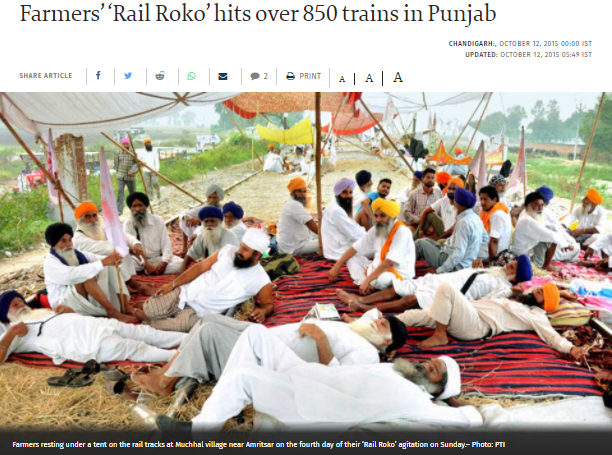 In conclusion, we can say that the picture of a group of people sitting on railway tracks is old and has no relation to the recent farmers’ protest.