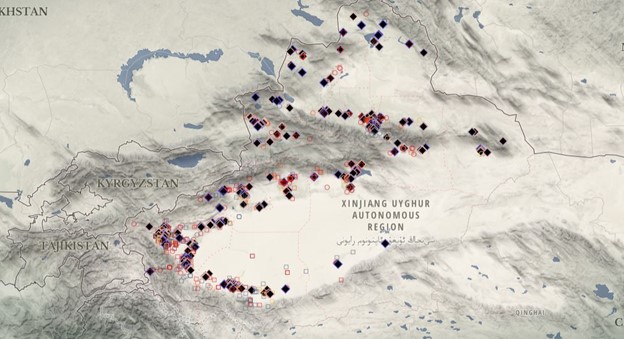 In a damning revelation that has exposed China yet again, researchers at the Australian Strategic Policy Institute have now released the ‘The Xinjiang Data Project’ mapping Xinjiang’s detention system.

Amid rising global censure over its mass internment of Muslim minorities, the report states that there are 380 suspected facilities in the Xinjiang region, which is about 40 per cent more than previous estimates.

“ASPI researchers have identified and mapped more than 380 suspected detention facilities in the Xinjiang Uyghur Autonomous Region, highlighting ‘re-education’ camps, detention centres and prisons that have been newly built or expanded since 2017. This is the largest database of Xinjiang’s detention facilities in existence, and we believe that it covers most such facilities,” ASPI’s Nathan Ruser said.

“The findings of this research contradict Chinese officials’ claims that all ‘trainees’ from so-called vocational training centres had ‘graduated’ by late 2019. Instead, available evidence suggests that many extrajudicial detainees in Xinjiang’s vast ‘re-education’ network are now being formally charged and locked up in higher security facilities, including newly built or expanded prisons, or sent to walled factory compounds for coerced labour assignments,” Nathan added. 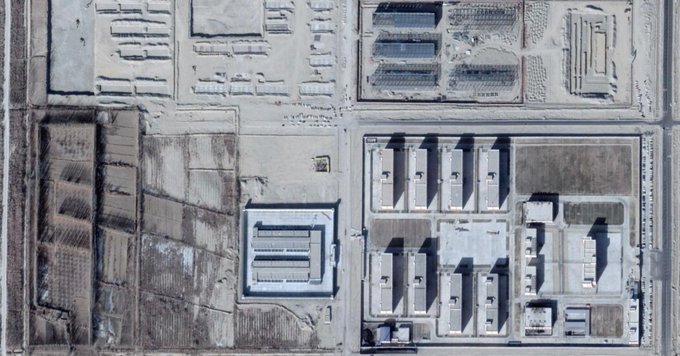 To corroborate their report, ASPI has also present satellite imagery evidence which shows newly constructed detention facilities, along with extensions to several existing facilities, that occurred between 2019 and 2020.

While China maintains that its aim is to tackle poverty and religious extremism in Xinjiang, the United States has likened the centres to concentration camps.

‘The Xinjiang Data Project’ mapped Xinjiang’s detention system with 380 sites of suspected re-education camps, detention centres and prisons that have been built or expanded since 2017

This new database identifies 380 ‘re-education’ camps, detention centres and prisons which have been newly built or expanded since 2017, making it the most comprehensive dataset on Xinjiang’s carceral system in the world

The evidence in this database shows that despite Chinese officials’ claims (https://bit.ly/3011NLe) about detainees ‘graduating’ from the camps in December 2019, significant investment in the construction of suspected new detention facilities has continued throughout 2019 and 2020

At least 60 facilities have seen new construction since mid-2019 and 14 facilities remain under construction at mid-2020, according to the latest satellite imagery available

This research classifies the 380 facilities by their level of securitisation, from Tier 1 (lowest security) to 4 (maximum security)

At the same time approximately 70 lower security sites appear to have been desecuritised by the removal of internal fencing or perimeter walls. 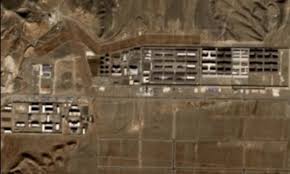 One of the most effective methods was the examination of night-time satellite imagery from Xinjiang. Because the vast majority of the camps that ASPI located were built on previously unused land in remote or peri-urban areas, it was possible to compare illuminated areas in the first few months of 2017 – before most of those camps had been constructed – with presently illuminated areas

For dense urban areas, ASPI manually searched satellite imagery for new camps with help from journalists and other researchers who visited Xinjiang. A few sites were also discovered based on victims’ testimony. Most of their accounts have been published in full by the Xinjiang Victims Database 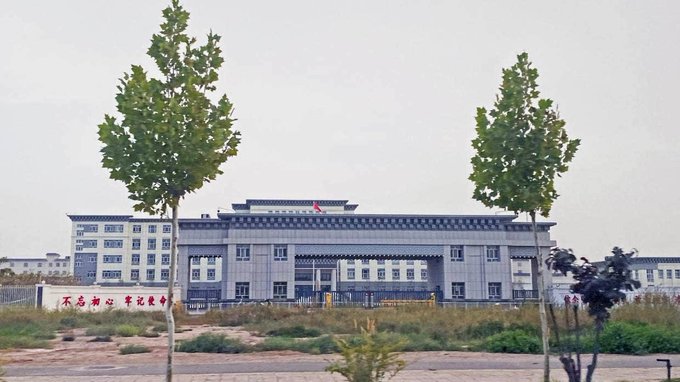 Since 2017, the Chinese government has intensified its crackdown in the far-western region of China known as the Xinjiang Uyghur Autonomous Region.

The campaign, targeting Uyghurs and other 9 Turkic Muslim Nationalities, has permanently changed nearly every aspect of society and sought to alter the thoughts and behaviour of the regions’ minority communities.

The Uyghurs, who are the largest indigenous ethnic population of the region, have seen their places of worship destroyed and their movements and behaviour closely monitored and controlled—even in their own homes.

China has built hundreds of large-scale detention facilities across the deserts in Xinjiang and on the outskirts of cities and towns. Over the past three years, as many as a million Uyghurs and other minorities have been detained in these facilities against their will.

Xinjiang’s carceral system is the coercive backbone that underpins all other aspects of the government’s crackdown against Uyghurs and other ethnic minorities. The ever-present threat of arbitrary detention forecloses avenues of resistance that were once available to Uyghurs and other non-Han nationalities.

The Chinese Communist Party’s (CCP) official messaging seeks to characterise the lower security detention facilities as ‘vocational schools’ and pivot global attention away from them. For two years, the CCP outright denied the existence of these ‘re-education’ camps. Their denial was met with an overwhelming body of evidence to the contrary, including journalists’ reporting out of Xinjiang, satellite images of the camps, testimony from camp survivors, and now leaked official
documents.

In December 2019, officials in Xinjiang claimed that all those ‘studying’ in these camps had been released. But this claim is contradicted by the new evidence in this database.