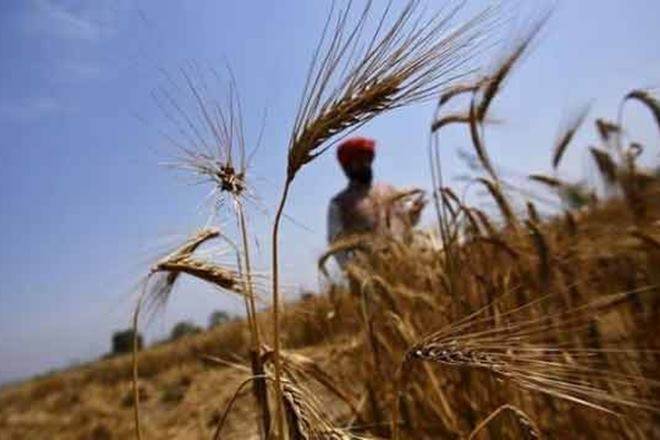 The Farm Bills will bring revolutionary changes in the lives of farmers as they can sell their produce to any buyer, get a guarantee of price of their crops, go for crop diversification, use new technology and reduce their input costs, said Agriculture Minister Narendra Singh Tomar.

In an exclusive interview with ANI, Tomar said the Narendra Modi government has provided freedom to farmers through the Bills. He said the Bills will free farmers from chains of the Agricultural Produce Market Committee (APMC).

“Small farmers can now get a guarantee of their produce during the sowing of the crop. They can now go for expensive crops, use new technology, new seeds, good pesticides and reduce the input cost. These Bills are crucial and will bring revolutionary changes in the lives of farmers. I want to tell farmers that when provisions of these Bills will be implemented, there will change in their lives,” he said.

The minister rejected opposition criticism over the Bills and asserted that Minimum Support Price (MSP) and APMC will continue as in the past.

He said the Prime Minister Narendra Modi government had taken several steps in the interest of farmers but it was felt that until there is a change in laws, farmers would not be adequately benefitted.

“That is why the government brought two ordinances and now they have become Bills.” he said.

The Farmers’ Produce Trade and Commerce (Promotion and Facilitation) Bill, 2020 and the Farmers (Empowerment and Protection) Agreement of Price Assurance and Farm Services Bill, 2020 were passed by Parliament on Sunday. There was protest and ruckus by the Opposition members in the Rajya Sabha during the passage of the Bills.

A third Bill related to agriculture, which amends the Essential Commodities Act, was also passed by Parliament during the monsoon session, which concluded on Wednesday. The three Bills seek to replace ordinances brought by the government earlier.

Tomar targeted the Congress over its attack on the government over the Bills and its demand for inclusion of the MSP in the legislations and said the MSP has never been part of a law.

“Purchase on the MSP will continue. We have already announced the MSP for Rabi crops. I want to ask them whether MSP was part of any law before. Congress was in power for 50 years why did they not put MSP into law? MSP is not part of any law. Since Congress has nothing to say on bills, that’s why they are talking about MSP,” he said.

Tomar said there should be no politics on issues concerning farmers. “When we talk about farmers, there should not be politics on it. There has been a lot of injustice and exploitation of farmers. The Modi government has provided the freedom to farmers through these bills,” he said.

ALSO READ: Row Over New Farmer Bills: All You Need To Know

The minister said farmers will benefit because there will be no tax if the trade is taking place outside mandis and they will have the freedom to choose their way.

“Farmers do farming and take their produce to mandis (markets). There are 25-30 people with licences in these mandis. They do auction of produce. Whatever price is decided in the auction, farmers were bound to sell their produce at that price whether they were happy or not because if they decide to take their produce and go home and come back again, they will have to pay additional logistics cost.

“Farmers were facing problems. Our Act allows farmers to sell their produce to anyone anywhere according to their will. There is a tax in APMCs. Under the Bills, there will be no tax of either the state government or central government on trade outside APMC,” he said.
Referring to the mechanism in case of a dispute between the farmer and trader, Tomar said the Sub Divisional Magistrate (SDM) will resolve the issue within 30 days. He said there is full protection to the farmer under the Bill.

“If a farmer wants to come out of the agreement, he can do so. But a trader cannot pull out of the agreement. The trader can only leave the agreement after paying the farmer the price he had promised. There is full protection of farmers in these Bills. There cannot be any action concerning farmers’ land. If there is any dispute, recovery can only be done of the money, which the farmer has taken for growing the crop,” he said.

Referring to the steps taken by the ruling NDA for farmers, he said they are “the top priority of the government”.

He said that Rs 93,000 crores has been given to farmers till now under the PM KISAN scheme. “The Prime Minister talked about doubling the income of farmers by 2022. The centre has been working in a mission mode,” he said.

Tomar said the government will spend Rs 6,850 crores for 10,000 new farmer producer organizations (FPOs) and asserted that they will bring revolution in the field of agriculture.
“Nobody had thought that Rs 1 lakh crore infrastructure fund will be announced for the agriculture. But Modiji announced this fund. On August 9, the Prime Minister approved Rs 1,128 crores to develop infrastructure for FPOs,” he said.