Globally, the coronavirus has infected more than 3.12 crore people and killed 9,63,000, according to Johns Hopkins University. The number of worldwide recoveries is more than 2.1 crore. 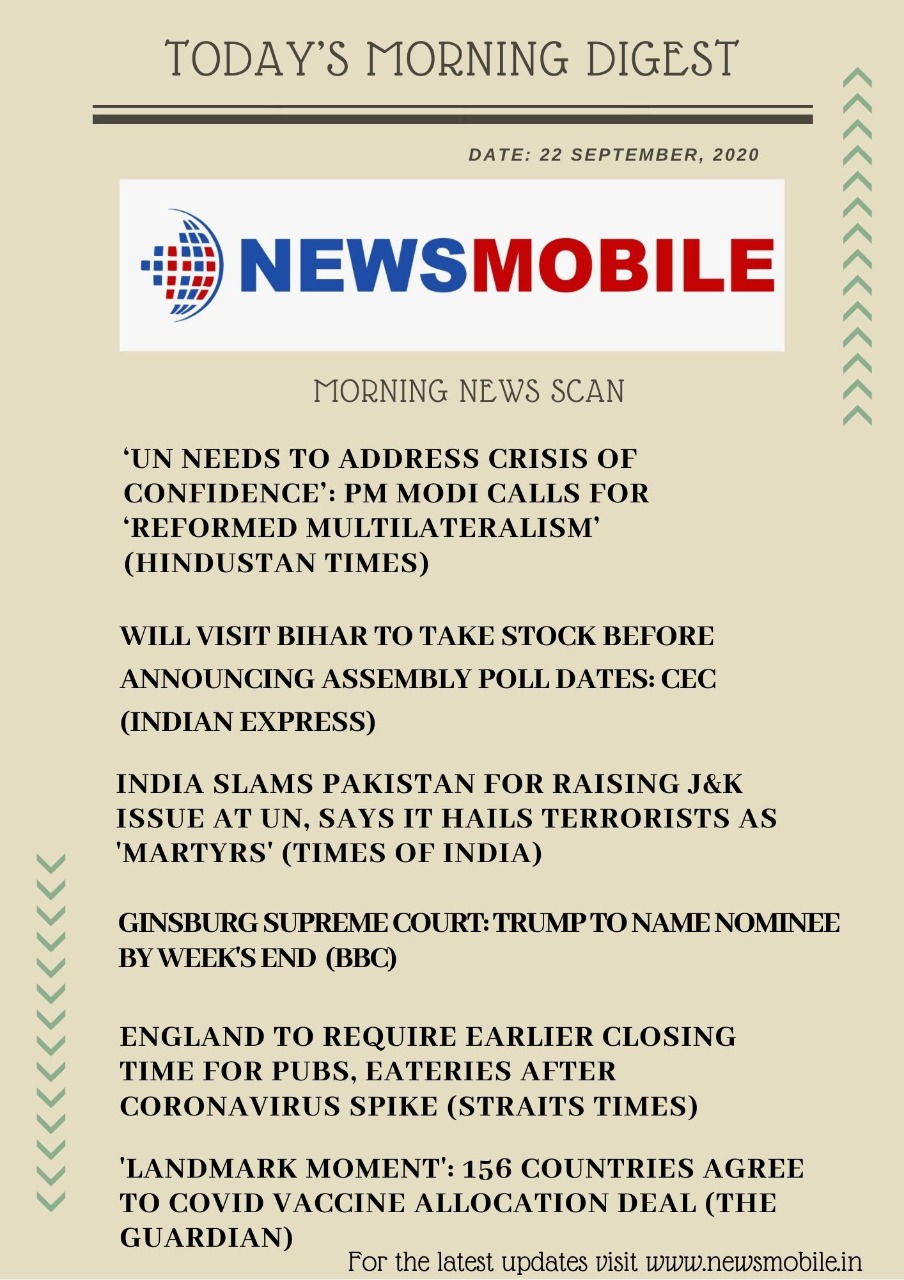 1. According to Johns Hopkins University, the US has reported at least 199,818 deaths, while the number of cases has reached more than 6.8 million, also the highest in the world.

2. More than 70 percent of the fatalities in the US have been among people over the age of 65, according to the US Centers for Disease Control and Prevention (CDC).

3. On a weekly average, the US is now losing about 800 lives every day to the virus, according to a Reuters analysis. The death rate has risen by five percent in the last week, after four weeks of decline.

4. Australia’s virus hotspot of Victoria on Tuesday reported a more than doubling in new COVID-19 infections likely as a result of increased testing, while states elsewhere in the country said border restrictions would be relaxed as case numbers dwindled.

5. Turkey’s President Recep Tayyip Erdogan has said the United Nations failed in its response to the coronavirus crisis. Erdogan, who has called for reforms in the UN, said that the international body was late in accepting the existence of the infection and also failed to assist countries that needed it to fight the virus.