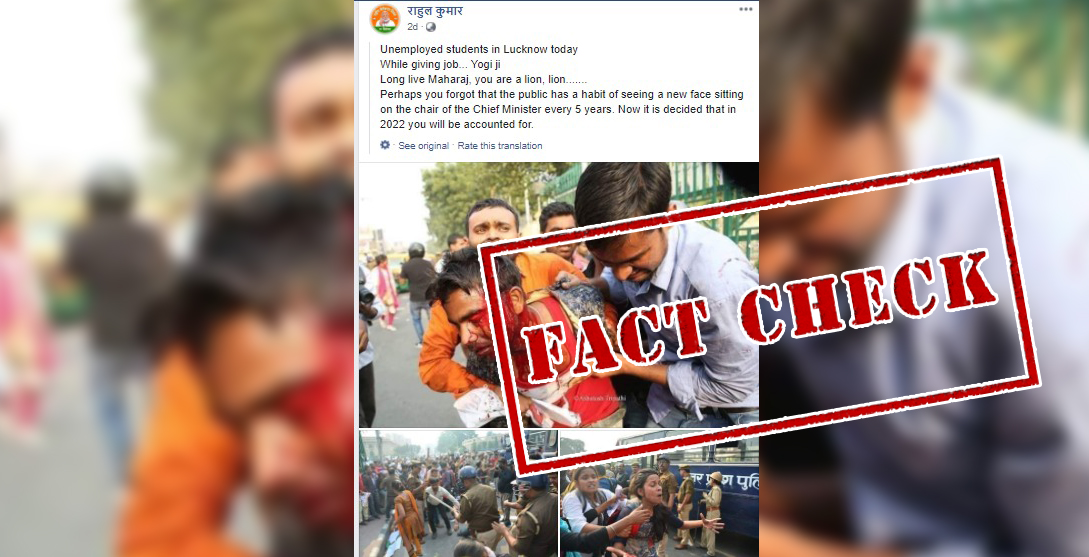 Several pictures of protest are making doing rounds on social media claiming that unemployed students are protesting in Lucknow. The pictures are being shared by many social media users.

(Translation: UP CM Yogi providing jobs to unemployed students in Lucknow. Yogi ji Long live Maharaj!, you are a lion, lion…. Perhaps you forgot that the public has a habit of seeing a new face sitting on the chair of the Chief Minister every 5 years. Now it is decided that in 2022 you will be accounted for.) 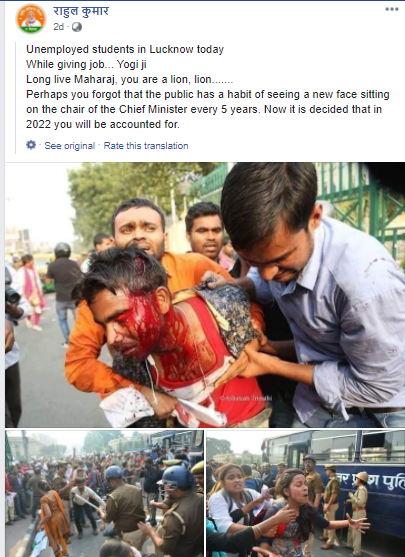 With the help of a keyword search, we found the same pictures on Facebook dated November 3, 2018, claiming that unarmed and unemployed youth were being treated brutally in Lucknow.

Further, with the help of Google Reverse Image Search, we found the first picture on Congress Leader Rahul Gandhi’s Twitter account dated November 3, 2018, claiming that Congress is with teachers of Uttar Pradesh.

On putting the second picture through Google Reverse Image Search, we found the same picture on a Blogspot dated November 4, 2018, claiming that this picture is of a protest in Uttar Pradesh. 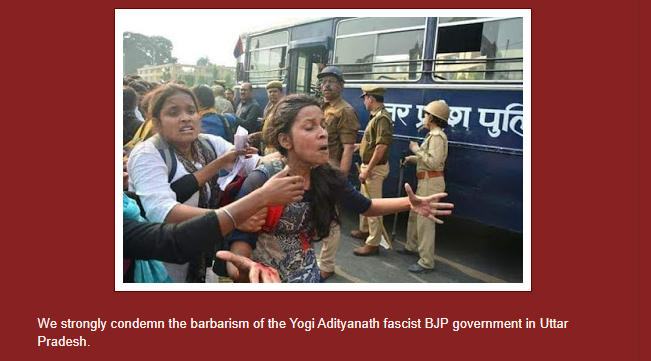 Moreover, with the help of keyword search, we found a photo gallery on Amar Ujala dated November 2, 2018, claiming that lathicharge happened on assistant teachers in Lucknow.

In conclusion, with the help of the above information, it is clear that the social media pictures of Lucknow protest are of 2018 and not recent as is being claimed.