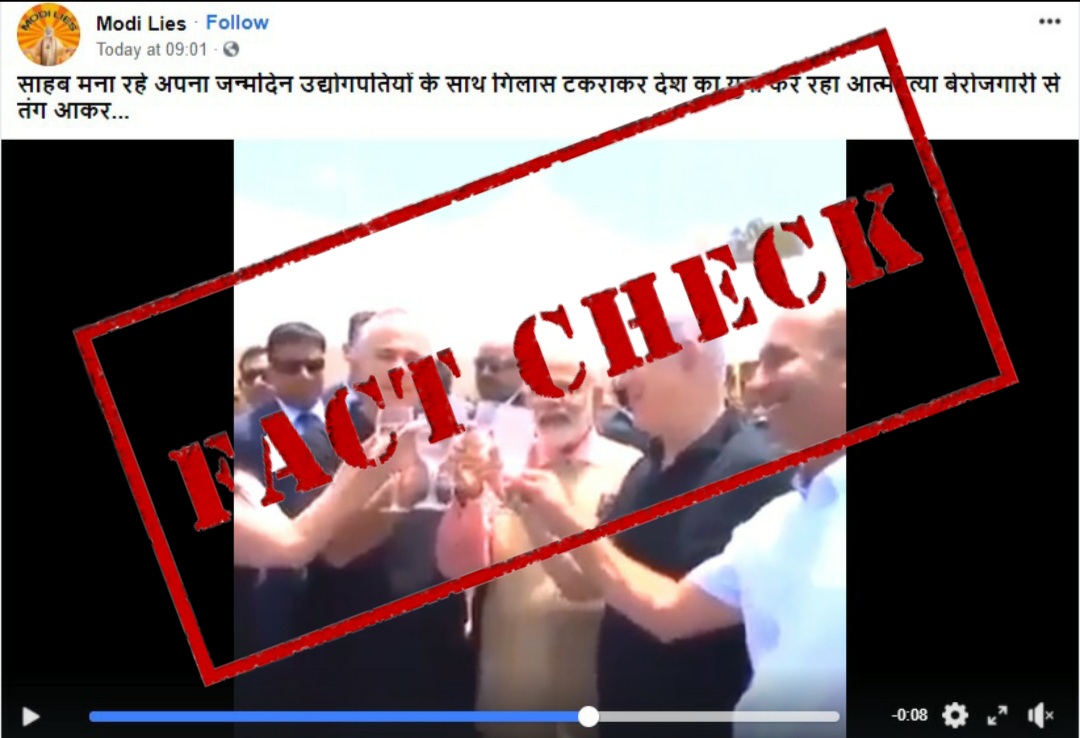 A video of PM Modi has gone viral on social media claiming that PM Modi is busy celebrating his birthday even as the youth of the country are committing suicide due to unemployment.

(Translation: Saheb (PM Modi) is celebrating his birthday by cheering glasses with industrialists and unemployment has made such circumstances that the youth of the country are committing suicide) 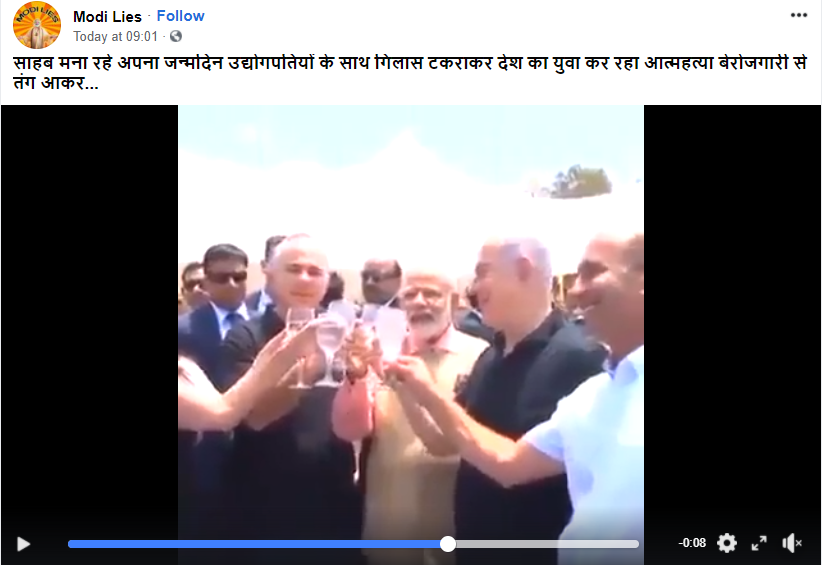 With the help of keyword search, we found a video on YouTube dated July 6, 2017, claiming that Israel PM Benjamin Netanyahu and Indian PM Narendra Modi attended a demonstration of a mobile desalination unit.

Hence, the video of PM Modi is from his 2017 Israel visit and not of his birthday celebration. Don’t fall for misleading content.