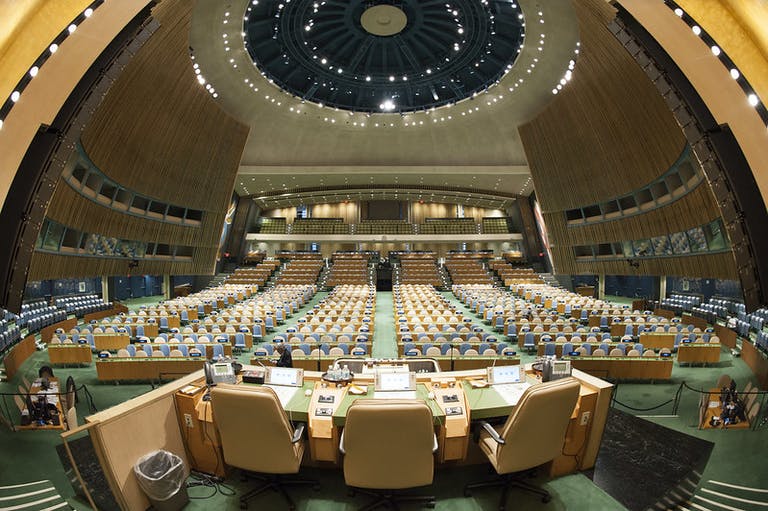 The 75th session of the UN General Assembly (UNGA) opened in New York on Tuesday. The  high-level general debate however starts on September 22. Turkey’s former chief negotiator for accession to the European Union, Volkan Bozkir, will preside over the  session.

In wake of the raging COVID-19 pandemic, the US State Department has informed all UN members that the state of New York has imposed a 14-day mandatory quarantine for all persons arriving in New York. Heads of states and governments too will have to undergo this mandatory quarantine. 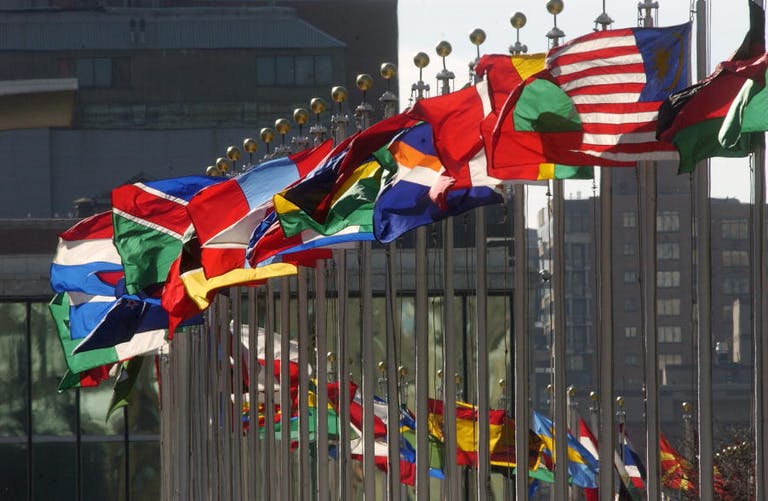 Incidentally, this is the first virtual General Assembly since October 24, 1945, when the United Nations was founded in San Francisco, California.

Host of events have been scheduled till September 30. The 75th UNGA “presents a unique opportunity for us to reduce the trust deficit between nations, as we all share the same aspirations and we have no choice but to work together,” said the General Assembly’s outgoing president Tijjani Muhammad-Bande.

Since 1945, every September, member states have met in the General Assembly Hall at the UN headquarters in New York for the annual session. But this year the pandemic has come world leaders congregating in New York.

For the first time in UN history, the session is being held almost entirely online, due to the ongoing coronavirus pandemic and regulations on international travel and large gatherings.

#Throwback to the #UNGA Hall just after its completion in 1952.

As the UN marks its 75th anniversary this year, world leaders will meet virtually as they work to overcome challenges like #COVID19 & the climate crisis. https://t.co/xWc4QO8ruV pic.twitter.com/9i92DhCQmg

Presidents and Heads of State calling in speeches

The centrepiece of any new General Assembly (often shortened to GA) session, is undoubtedly the General Debate, which starts on September 22, a week after the official opening.

It’s a globally unique occasion at which presidents and heads of state (or sometimes their deputies or foreign ministers) take to the dais, and address a world audience on an issue of their choosing. This year, because of the pandemic, world leaders will be staying away and have been invited to send in pre-recorded videos of their speeches which will be broadcast “as live”.

Speeches are expected to be introduced by a New York-based representative of each state, who will be physically present.

However, any world leader has the right to turn up in person, to deliver his or her keynote address, an opportunity that at least one president seeking re-election this year, is reported to be mulling over. 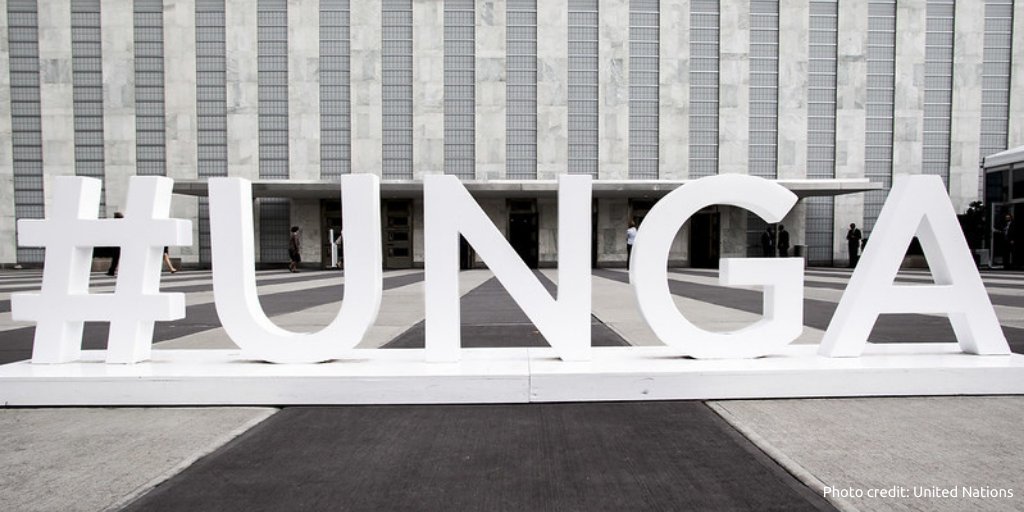 The United Nations was established in 1945 and has been marking its 75th anniversary with what the UN Secretary General Anntonio Guterres has called an extended “people’s debate” which “promises to be the largest and furthest-reaching global conversation ever on building the future we want.”

An event at UN headquarters on September 21 to celebrate the milestone (which will also take place online and remotely) will aim to “generate renewed support for multilateralism”; an issue many believe has become ever more urgent as the world faces up to the COVID-19 pandemic.

It’s expected that the Secretary-General will address, in person, the High-Level event to mark the 75th anniversary in the GA Hall.

What key issues should you watch for for during #UNGA75?

‘Transforming the world’ through Sustainable Development

The Sustainable Development Goals or SDGs – the 17 internationally agreed targets to reduce poverty and maintain peace, whilst protecting the planet – have remained at the top of the UN’s agenda during 2020, with many arguing, including the UN Deputy Secretary General, that the pandemic has only underlined more forcefully why they are so important.

At the 75th GA session, the SDGs will be put under the spotlight in what is being described as a “first of its kind 30-minute global broadcast”, created by writer and director, and SDG advocate, Richard Curtis, which will take audiences across the world “on a dynamic exploration of the times we live in, the multiple tipping points our planet faces, and the interventions that could transform our world” up to 2030, when, it’s hoped, the SDG targets will be met.

Facing up to ‘unprecedented loss’ of global biodiversity

Earth’s biodiversity, its rich variety of life, is declining at what the UN has warned “an unprecedented rate.”  Over one million species are at risk of extinction, two billion hectares of land are currently degraded and 66 per cent of oceans, 50 per cent of coral reefs and 85 per cent of wetlands have been significantly and negatively altered by human activity.

A major international summit to discuss how to reverse the accelerating deterioration of the natural environment and how it is harmfully impacting people’s lives was due to be held this year in Kunming, China, but it has now been postponed until May 2021.

Progress on gender equality and women’s rights has been grossly impacted by COVID-19, as women and girls suffer a disproportionate social and economic fallout according to UN Secretary-General António Guterres.

On October 1, this and other issues relating to gender equality and empowerment are due to be discussed at the UN in the context of the 25th anniversary of the internationally agreed Beijing Platform for Action which is widely acknowledged as the most comprehensive and forward-looking plan for advancing the rights of women and girls.

(With Inputs from UN News)