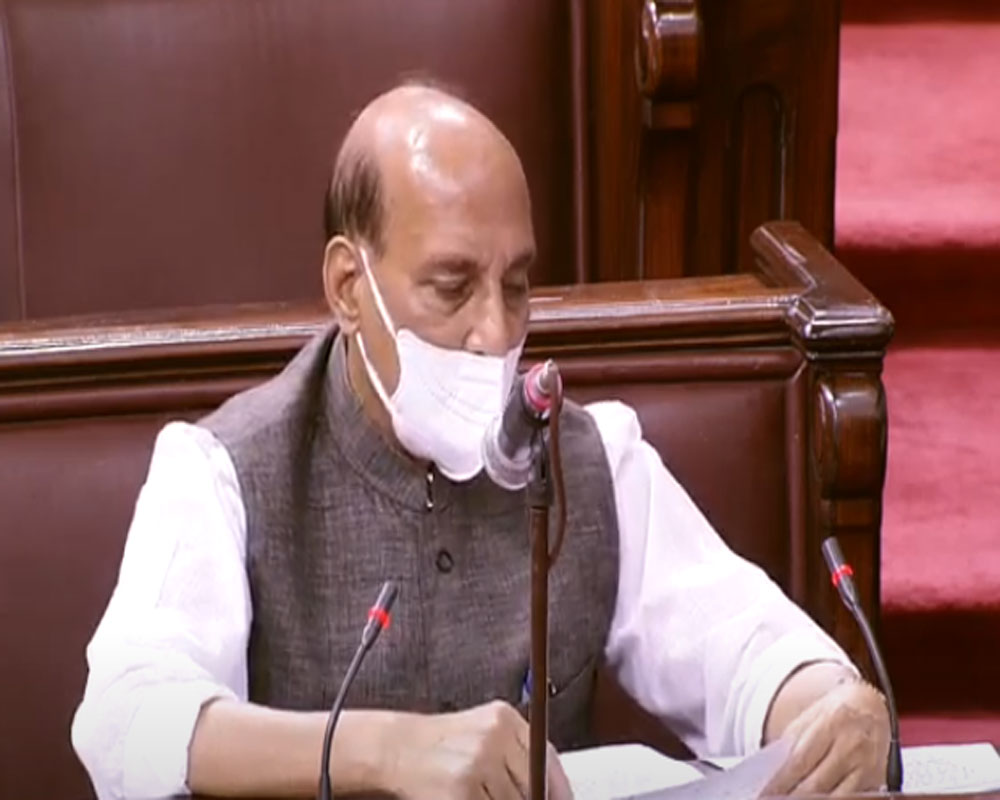 Two days after spelling out Centre’s position in Lok Sabha on the India-China border row, Defence Minister Rajnath Singh stated India’s position on the ground situation along the Line of Actual Control (LAC) on Thursday.

As he had said in the Lok Sabha, Rajnath Singh once again reiterated that India and China have different perceptions of the LAC.

Speaking in the Rajya Sabha https://t.co/aWRjvb8cZ3

Conduct of our armed forces throughout these incidents shows that while they maintained restraint in face of provocative actions, they also equally displayed valour when required to protect territorial integrity of India.

On 15 June, Col Santosh Babu, along with his 19 brave soldiers, made the supreme sacrifice in Galwan Valley towards the cause of defending the territorial integrity of India. Our PM himself went to Ladakh to boost the morale of forces.

China claims approximately 90,000 sq kms of Indian territory in the Eastern Sector of the India-China boundary in Arunachal Pradesh: Defence Minister Rajnath Singh in Rajya Sabha. The deployment of troops along the LAC by China is against the 92-93 agreements.

Chinese actions reflect a disregard of our various bilateral agreements. The amassing of the troops by China goes against the 1993 & 1996 Agreements. Respecting and strictly observing Line of Actual Control is the basis for peace and tranquility in the border areas.

Our soldiers are guarding the borders with valour. But I cannot give out sensitive and technical details of the patrolling issue over security reasons.

The situation this year is very different both in terms of scale of troops involved and number of friction points. We do remain committed to peaceful resolution of the current situation. At the same time, we remain prepared to deal with all contingencies.

China, in last many decades undertook significant infrastructure construction activity to enhance their deployment capabilities in the border areas. Our Govt too has stepped up the budget for border infrastructure development to about double the previous levels.
We are all one. This House has proved that whatever the challenge, we will fight it together. I want to clarify that the faceoff is happening for that very reason. Nobody can stop us from patrolling. There will be no change in patrolling pattern. I can’t say much because of some sensitivities attached to the operational matters.
We are for peace with neighbours, we engaged China diplomatically and on military levels. Our stand is that both sides must adhere to the old commitments, but China’s action and implementation is different. Again, the Chinese attempted to change the status quo and their attempt was neutralised on August 29-30.