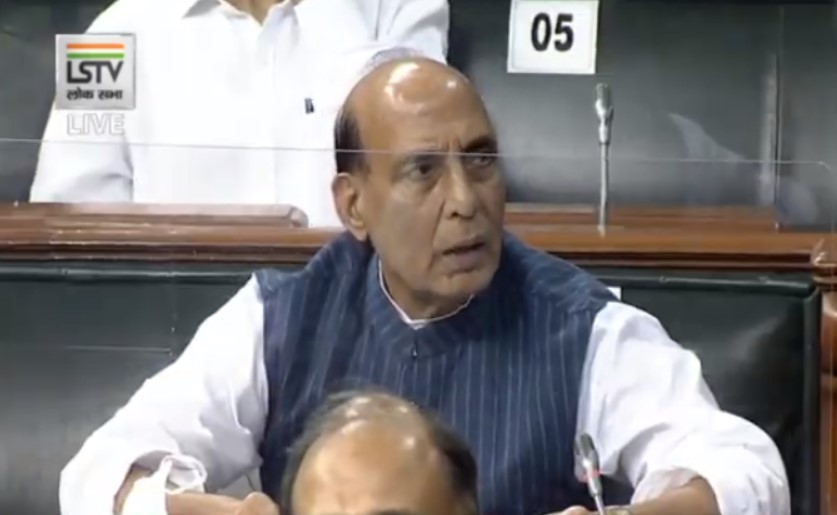 After apprising the Lok Sabha on the border standoff on Tuesday, Defence Minister Rajnath Singh is expected to make a statement on India-China border situation in Rajya Sabha today.

Blaming China for trying to unilaterally alter the status quo in complete disregard of bilateral agreements, Singh had reiterated that India is ready to deal with any situation regarding the border tension.

“I want to assure you that we are ready to deal with any situation. I request this house to pass a resolution that we stand shoulder to shoulder with our armed forces who are guarding our borders to safeguard India’s sovereignty and integrity,” he had said in Lok Sabha.

The Defence Minister had said that China does not recognise the traditional customary alignment of the Line of Actual Control (LAC) and admitted that the border issue between the two countries remains unresolved.

India and China have been engaged in a tense border standoff since April-May and  Chinese have refused to vacate parts of the Finger area and other friction points in eastern Ladakh.

Multiple rounds of talks have also failed to yield any significant result in defusing the tensions and now the Indian side has prepared itself for long term deployment in the high mountainous region.