Home NM FACT CHECKER Fact Check: Have Indian deposits in Swiss Banks gone up in the...

A newspaper clipping is doing the rounds on social media claiming that Swiss Banks – where people are believed to stash unaccounted money to avoid scrutiny – has seen an increase of Indian deposits by 50 per cent.

(The government has become robber. Government is increasing black money instead of bringing black money. The record is 50% increase in the last 1 years)

With the help of keywords search, we found a similar article in Aaj Tak dated June 28, 2018, claiming that the Indian deposits in Swiss banks were showing an increase of 50 per cent from a year earlier. 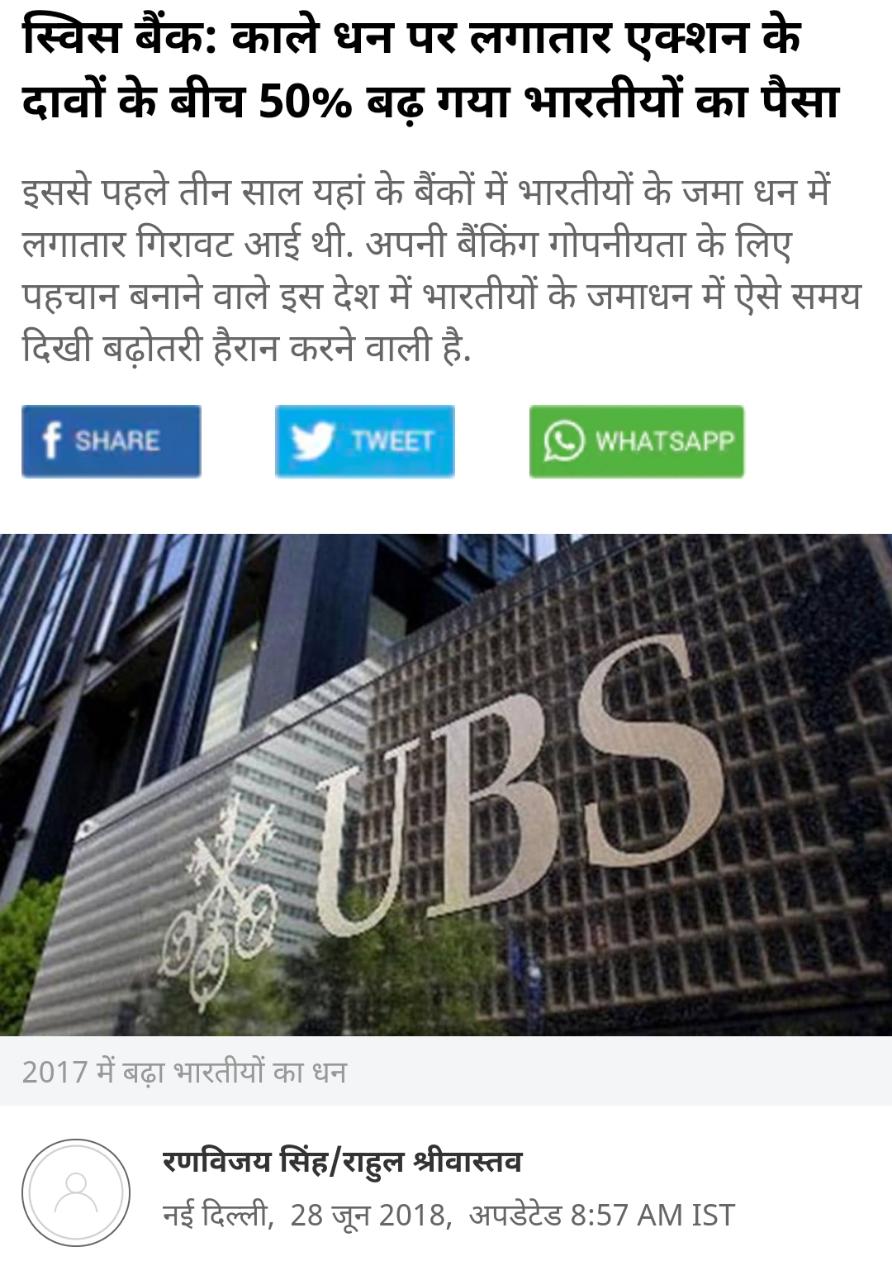 Further, we also found a similar article in Live Hindustan dated June 28, 2018, claiming that Indian deposits in Swiss banks have increased by 50 per cent. And for the first time in four years, the amount deposited in Swiss banks increased to one billion Swiss francs. 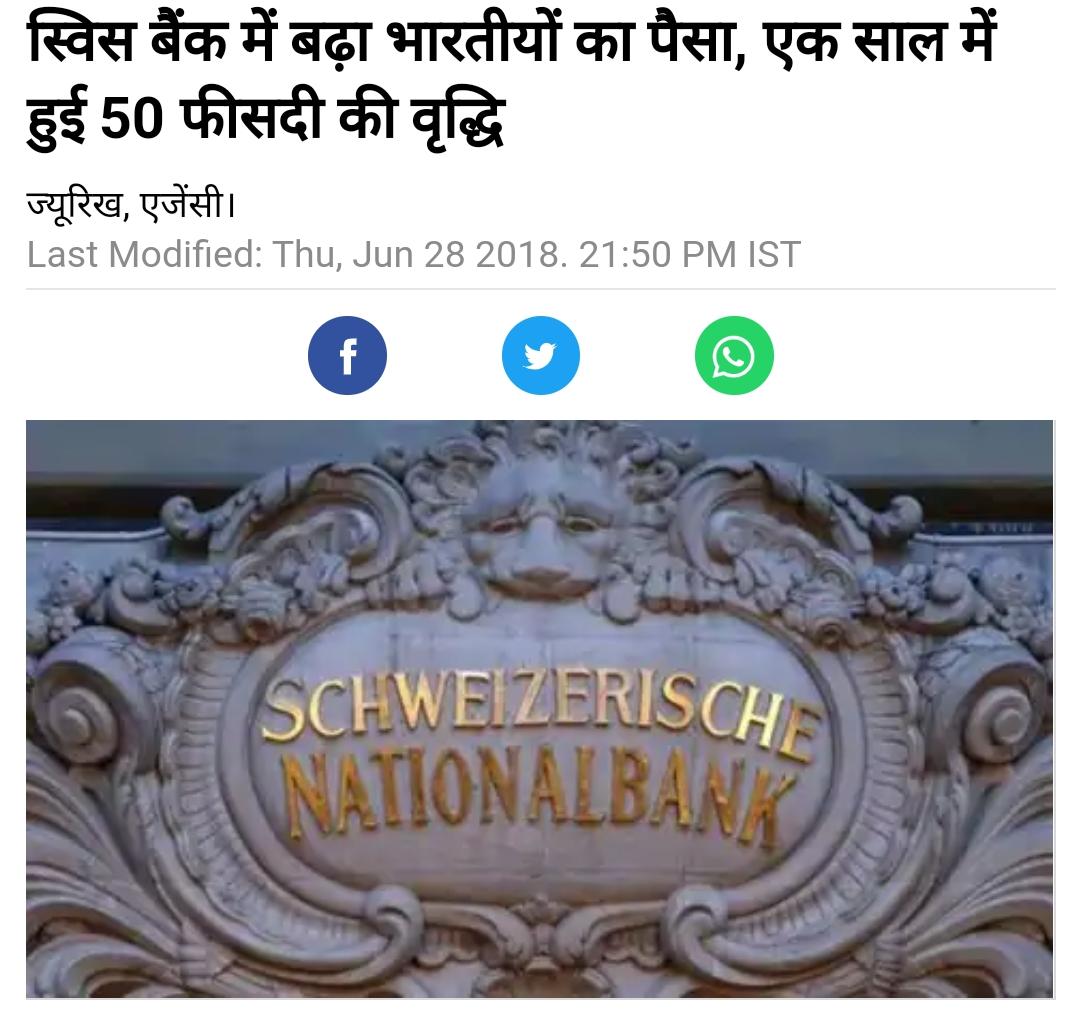 Other news organizations like Ichowk also claimed that the news is of 2018.

Also, as per latest updates, we found an article in Nav Bharat Times dated June 25, 2020, claiming that Indian money deposited in Swiss Banks has declined for the second consecutive year. 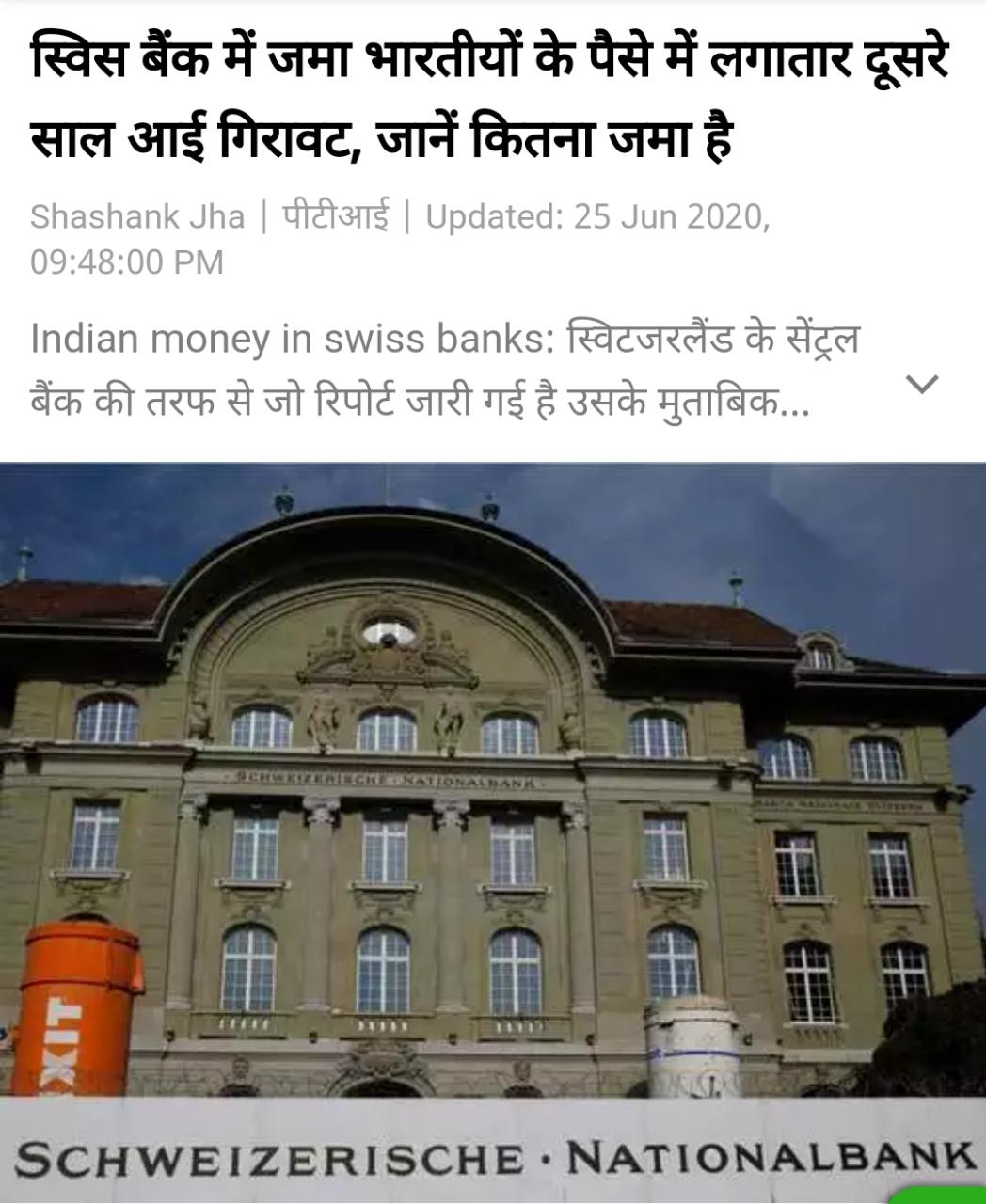 Hence, the above newspaper clipping on social media is old and can mislead the masses.