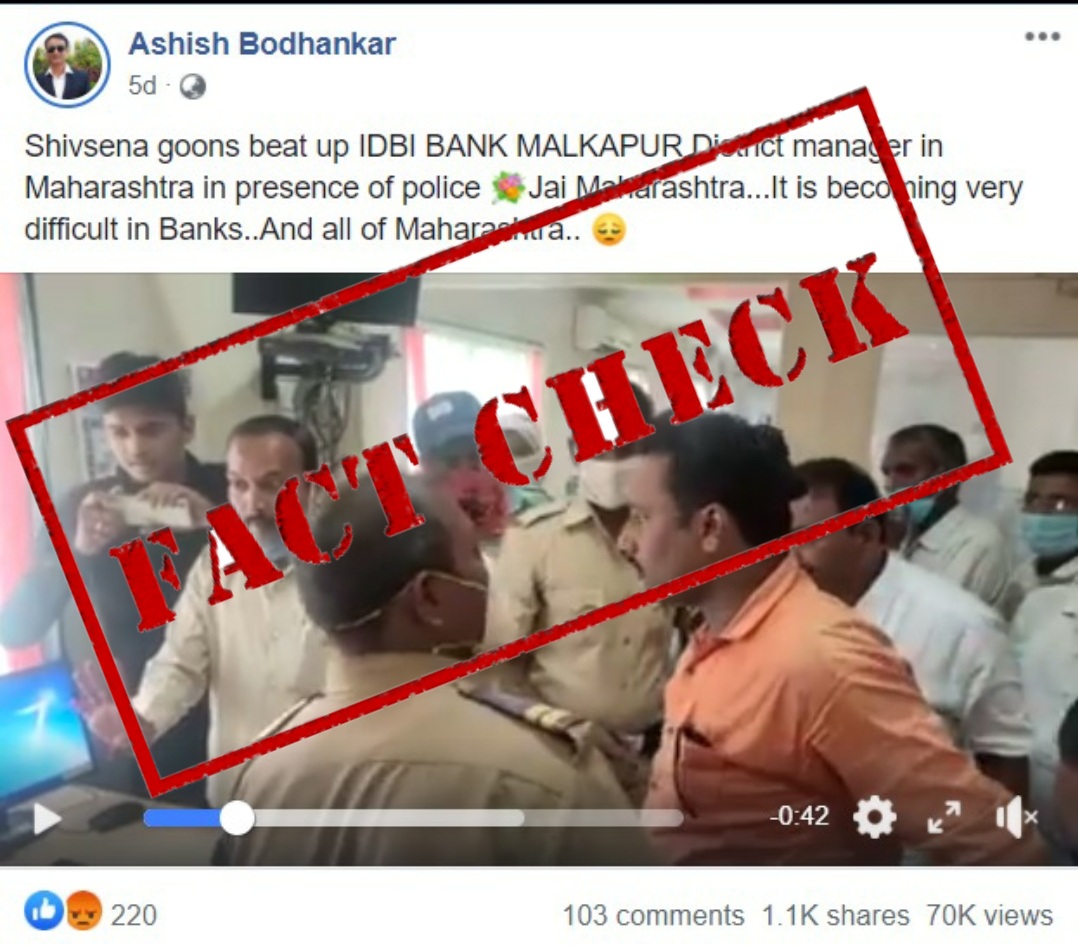 A video of a group of men assaulting a bank employee has gone viral on social media claiming that Shiv Sena members assaulted a manager of IDBI Bank in Maharashtra.

The Facebook caption read, “Shivsena goons beat up IDBI BANK MALKAPUR District manager in Maharashtra in presence of police 💐Jai Maharashtra…It is becoming very difficult in Banks. And all of Maharashtra. 😔” 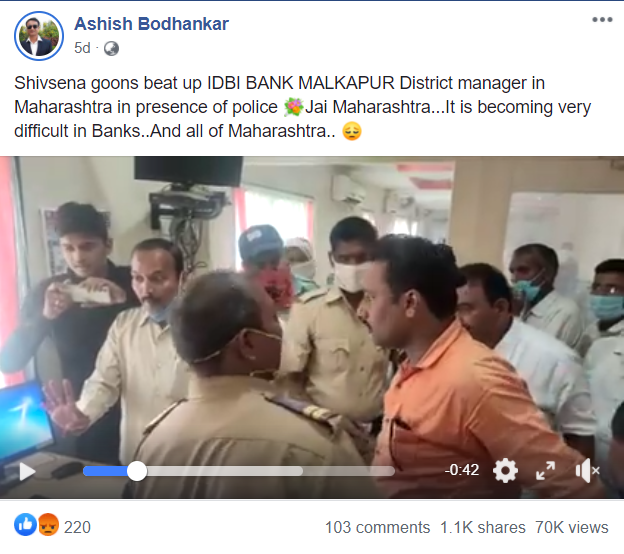 EXPLAIN MR IF YOU HAVE
Shivsena goons beat up IDBI bank manager in presence of police pic.twitter.com/o7Hx53PTSL

With the help of keywords, ‘IDBI Bank Manager Assaulted’, we found an article in Times Now dated September 13, 2020, claiming that Youth Congress Ruffians beat-up a bank manager of IDBI Bank in Maharashtra. 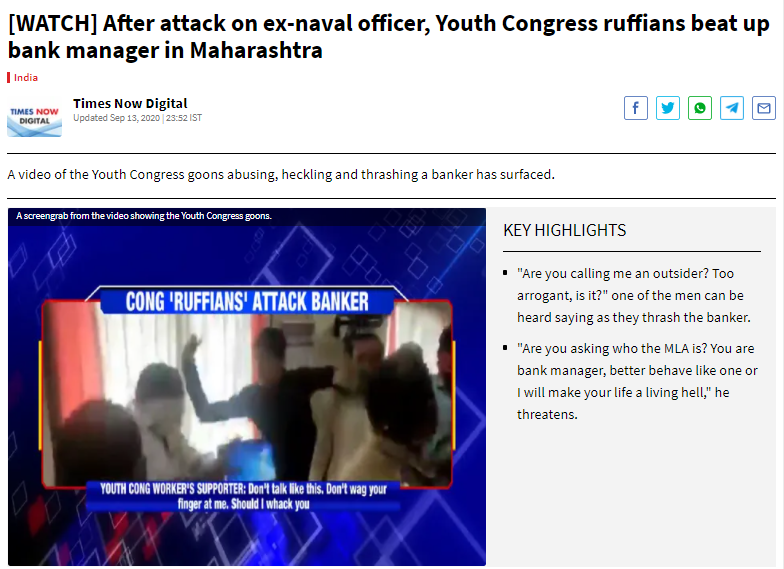 Further, we also found the full social media coverage in a news report by Times Now on Twitter.

On digging further, we also found that The Times of India has also claimed that the Youth Congress ruffians abused and assaulted the bank manager in Maharashtra and not Shiv Sena. 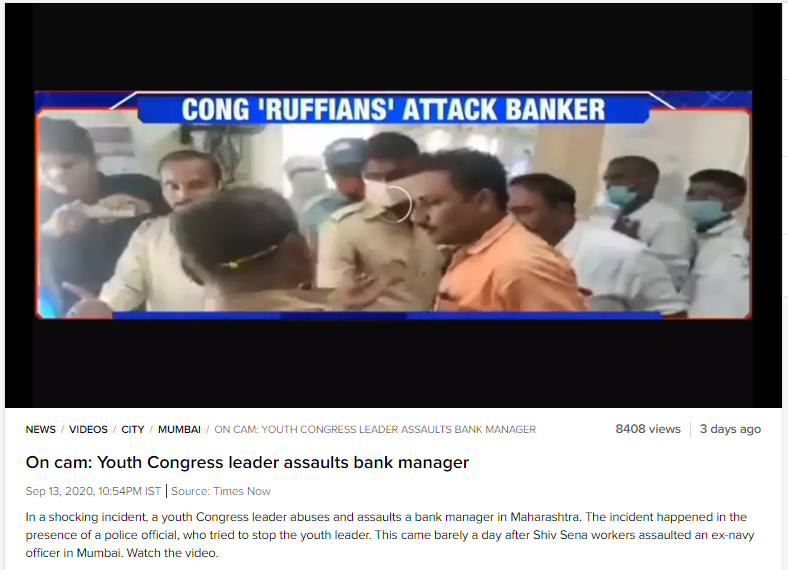 Further, we also found a news bulletin on 7 Star News, a local news channel from Maharashtra, dated September 10, 2020, claiming that a video is doing rounds on social media in which Youth Congress member Sambhaji Shirke and Bandhu Chowdhary have  abused and assaulted an IDBI Bank Manager, by the name, Devidas Ghate.

Further, another news report by News18 Lokmat on September 10, 2018, claimed that the manager of IDBI Bank has been severely beaten in front of the police. The incident took place at Malkapur in Buldhana district.

Hence, with the help of the above information it is clear that the Bank Manager of IDBI Bank was abused and beaten up by Youth Congress members and not Shiv Sena members.