A picture of a group of soldiers holding the Indian flag in the backdrop of lofty mountains is doing rounds all over social media. The social media posts claim that Indian Army has taken back Kailash mountain, occupied by China, and is now hoisting the national flag. 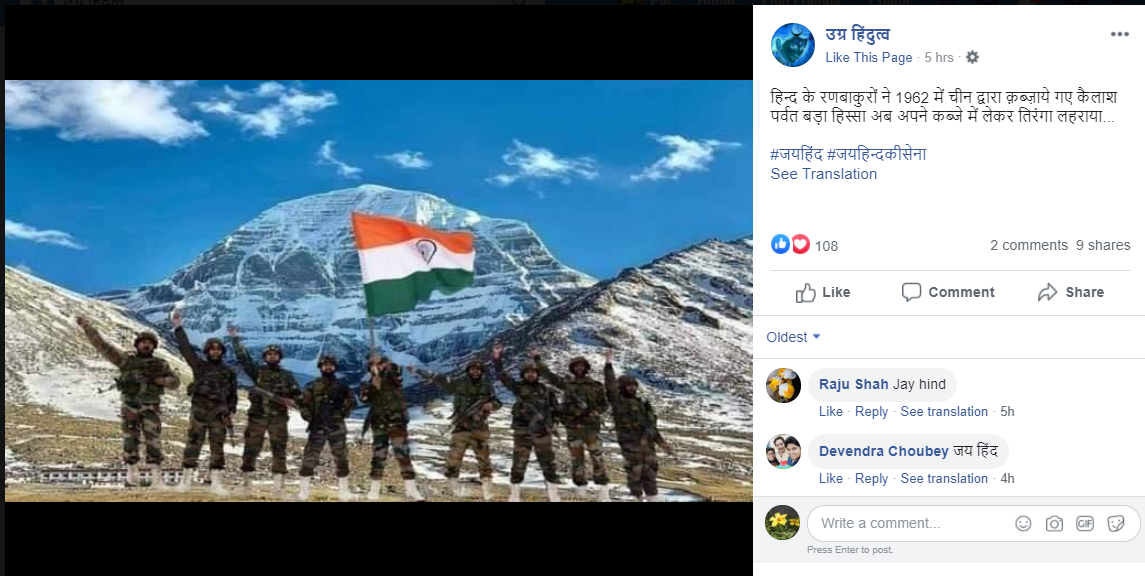 NewsMobile fact-checked the above post and found the picture to be morphed and misleading.

On putting the picture through Google Reverse Image Search, we found that The Print had used the original picture in their news article on May 13, 2020. The description claims that the picture is of Indian Army Personnel and it was credited to newswire ANI. 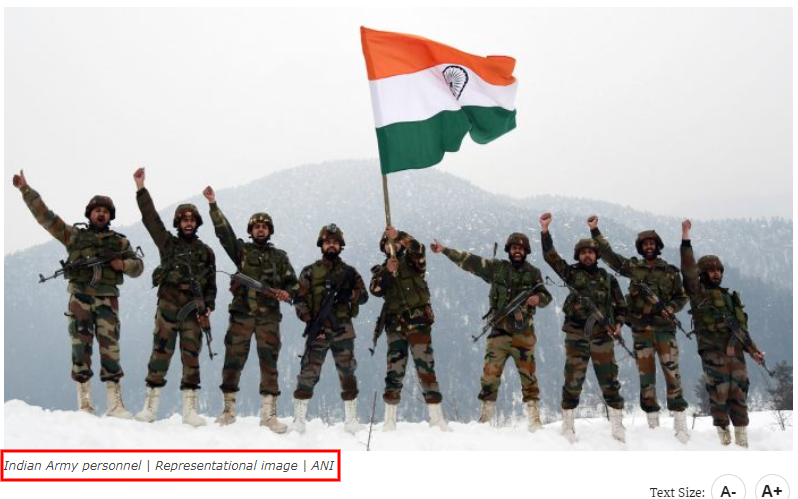 We also found the original picture of Army personnel on Defence Aviation Post and DefenceXP.

With the help of Fake vs Real collage, we can clearly see that the social media picture is altered to mislead the users with a wrong narrative.

On digging further, we found the real picture of the Mount Kailash on Instagram feed from September 5, 2020, which took us to the original profile of a travel blogger yourtop.world, who uploaded the original picture on May 8, 2019. 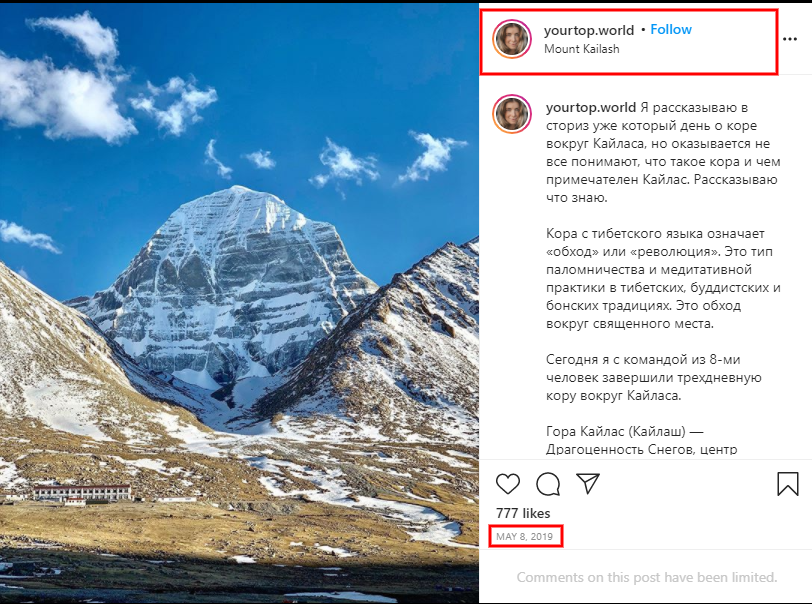 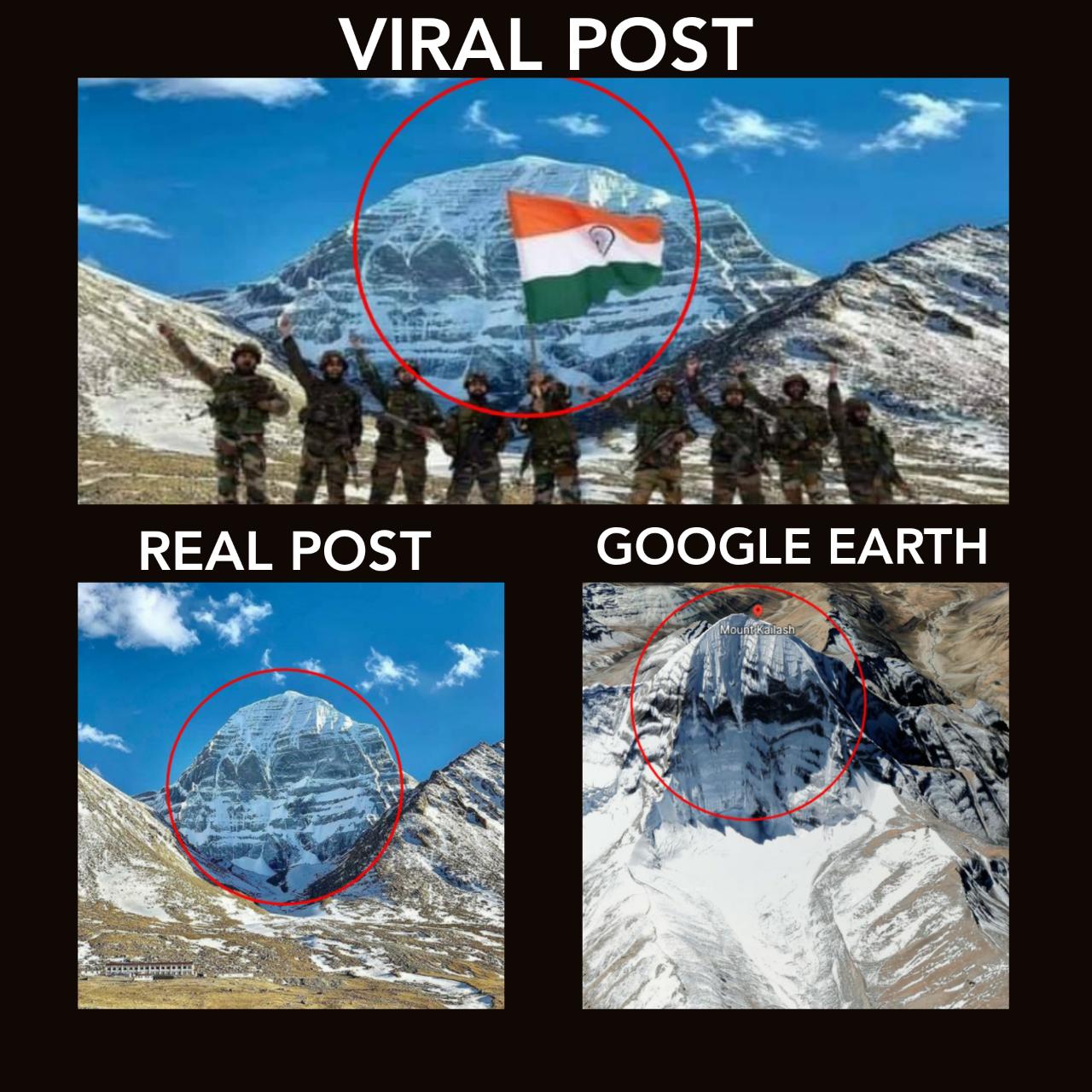 While searching for the social claims that the Indian Army has taken back Mountain Kailash from China, we found an article by Frontline dated September 13, 2019, where we found the Mountain Kailash picture with a description, “Mount Kailash, the celebrated north face, at Dirapukin remote south-western part of the Tibet Autonomous Region of China”.

With the help of description read it is proved that Mount Kailash is situated in the South-Western part of the Tibet Autonomous Region of China and not taken by the Indian Army. 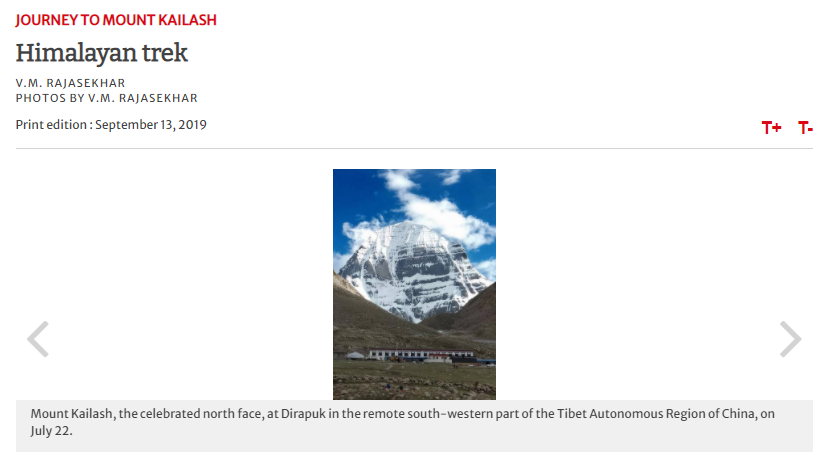 In conclusion, the above social media picture is altered and claims are misleading.