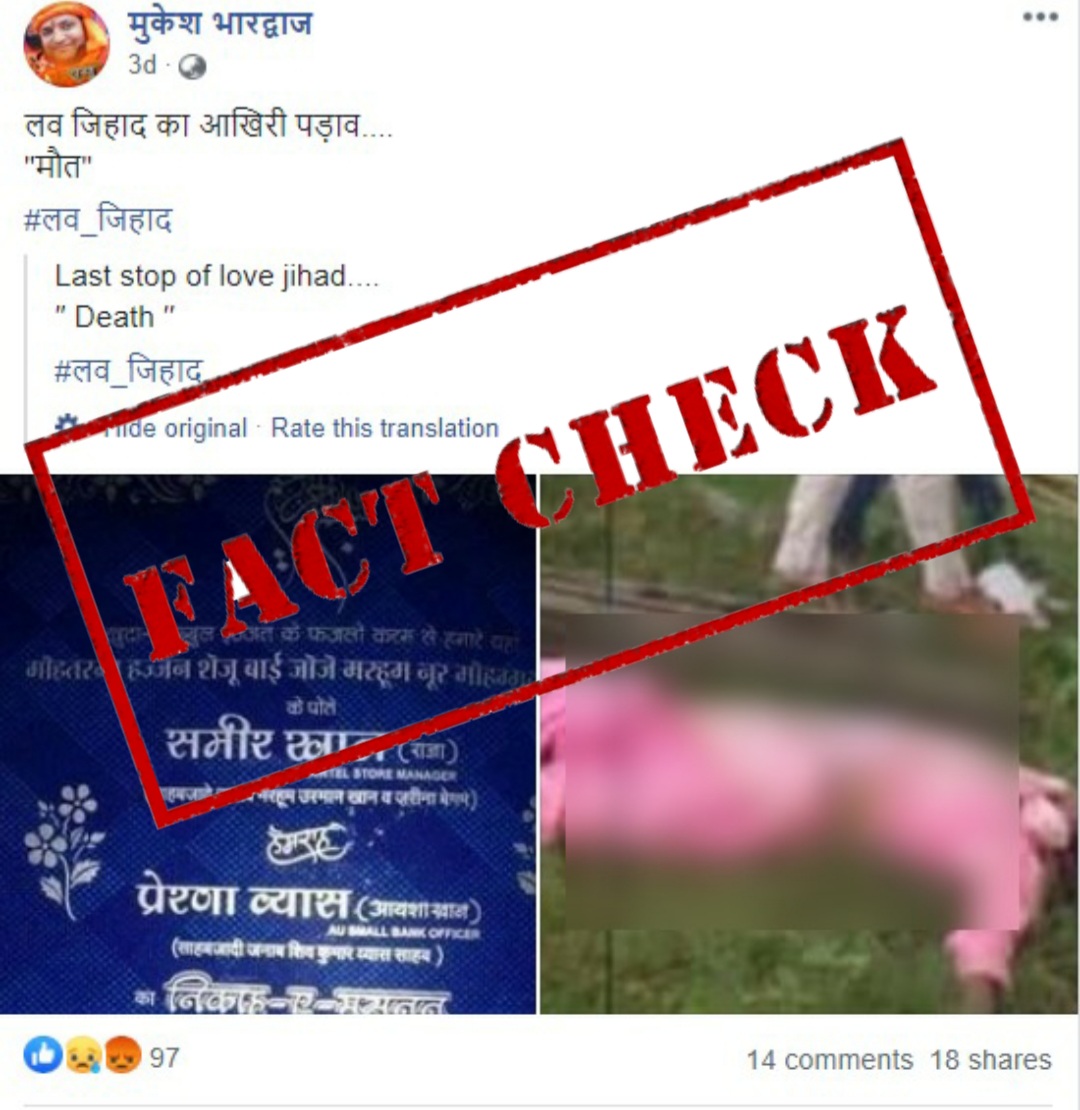 A picture of the lifeless body of a girl in a pink dress along with a wedding card has gone viral all over social media claiming that she is a victim of ‘Love Jihad’.

Social media users are also linking the girl to the wedding card. 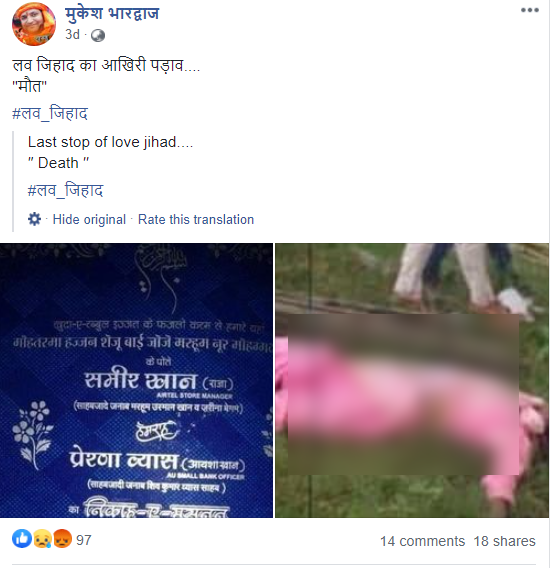 Other similar posts on Facebook were seen here and here.

Other similar posts on Twitter can be seen here, here and here.

On putting the picture through Google Reverse Image Search, we found it in a news article by News Break dated September 12, 2018, claiming that this is the picture of honour killing in Bengal. 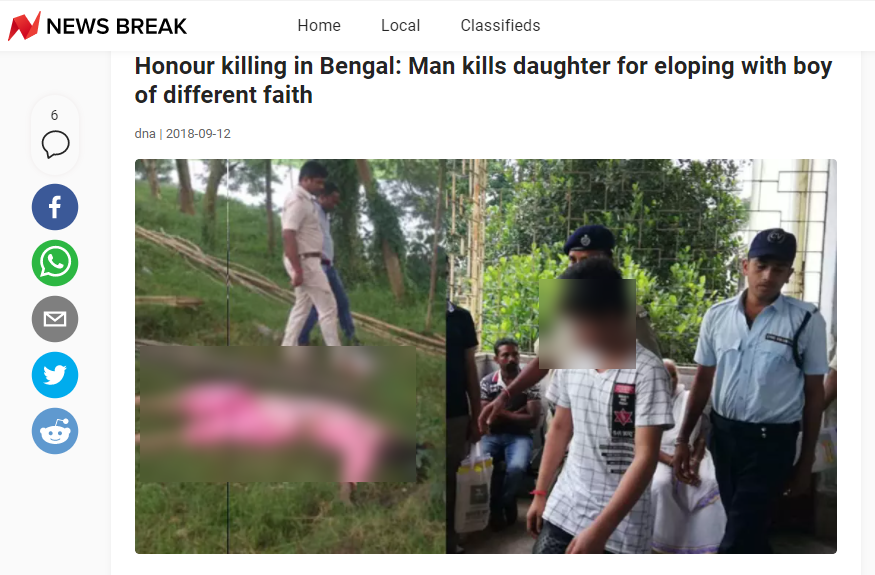 We also found that the same incident was reported by DNA and Hindu Jagruti in September 2018 claiming that father of a Muslim girl allegedly killed his daughter in West Bengal to prevent her from getting married to a Hindu boy.

Further with the help of Bengali keywords search, we found an article on Zee News dated September 12, 2018, claiming that court took the statement of the victim’s boyfriend at Burdwan in West Bengal. 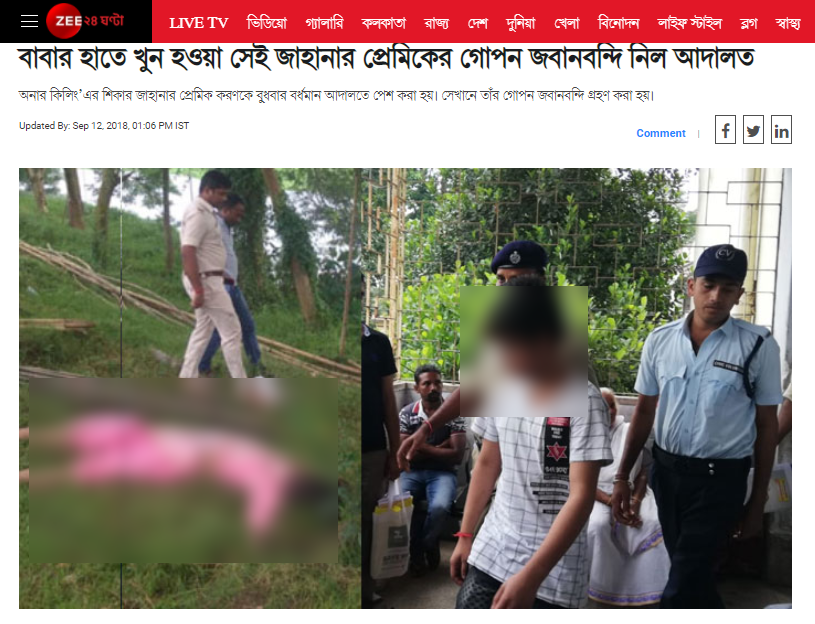 Further, on putting the wedding card through Google Reverse Image Search, we could not find any authentic source but this card has been in circulation on social media since 2019.

Firstly, when we look at the card carefully we can see that marriage of Sameer Khan (Raja) and Prerna Vyas (Ayasha Khan) was on October 22, 2019, and the incident of honour killing took place in 2018.

Secondly, Karan was the name of the victim’s boyfriend mentioned in Zee News but the name imprinted on the card is of Sameer Khan or Raja. Karan is not mentioned anywhere. 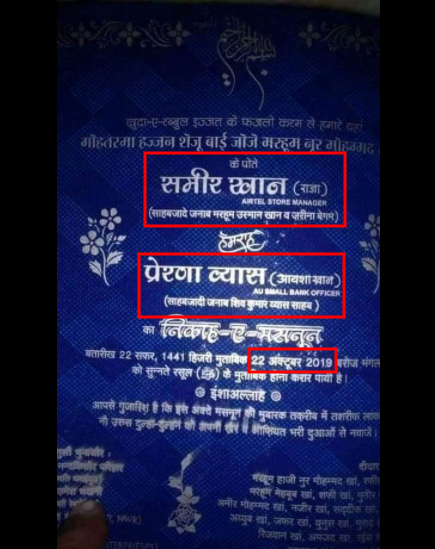 Hence, with the help of the above information, it is clear that the victim of honour killing is falsely linked to ‘love jihad’. Also, this crime scene has no relation with the wedding card. The post is just spread widely to mislead the masses.