A picture of a rally is being shared on social media with a claim that it was taken during the recent farmers’ protest in Haryana.

“Nothing major then Kangana. Just a bunch of farmers protesting for their rights not too far from the national capital. How many of you saw them on your TV Screens? ” the Facebook post read. 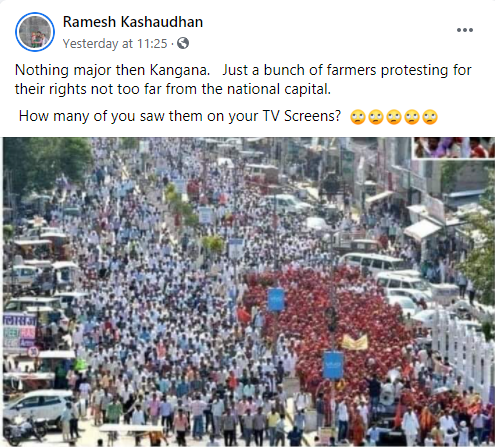 More such social media posts can be seen here, here and here.

On putting the picture through Google Reverse Image Search, we found the same picture in an article by Patrika from September 2017.

According to the article, the picture is from a farmers’ protest rally that took place in Sikar in Rajasthan in 2017. 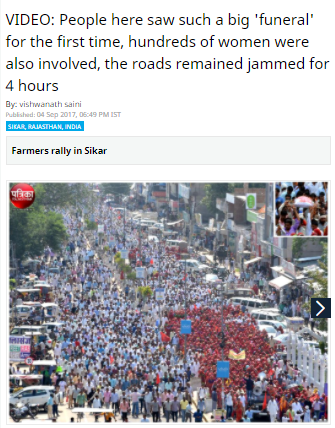 We also found the video of the same protest on their official YouTube channel.

From the above information, it is clear that the picture in question is old and dates back to  2017. It was shot during a Kisan rally in Rajasthan.

However, we also ran a keyword search and found recent media reports (from September 2020) stating that a farmers’ protest had happened in Haryana.

According to these recent reports, during the ongoing protest, farmers’ were lathicharged at Pipli near Kurukshetra for defying prohibitory orders.

Reports by FirstPost and Hindustan Times can be seen here and here. 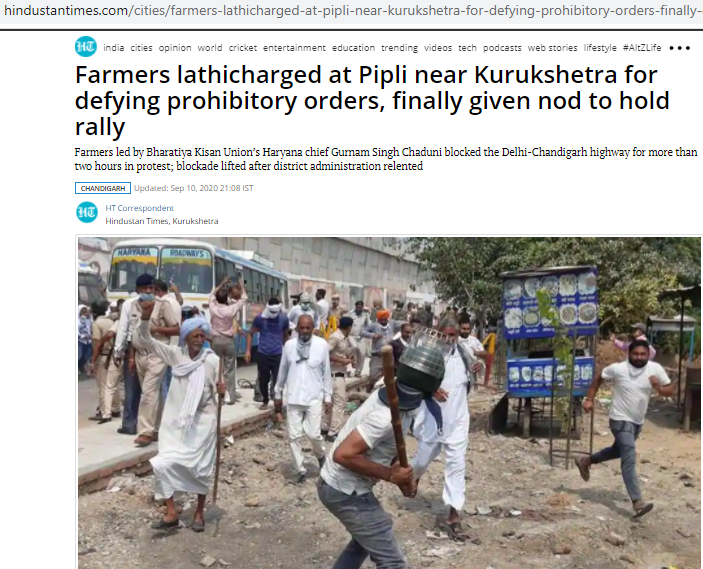 Hence, the above information proves that the post in question is misleading as the caption in the post is true but the picture being used alongside is from 2017.