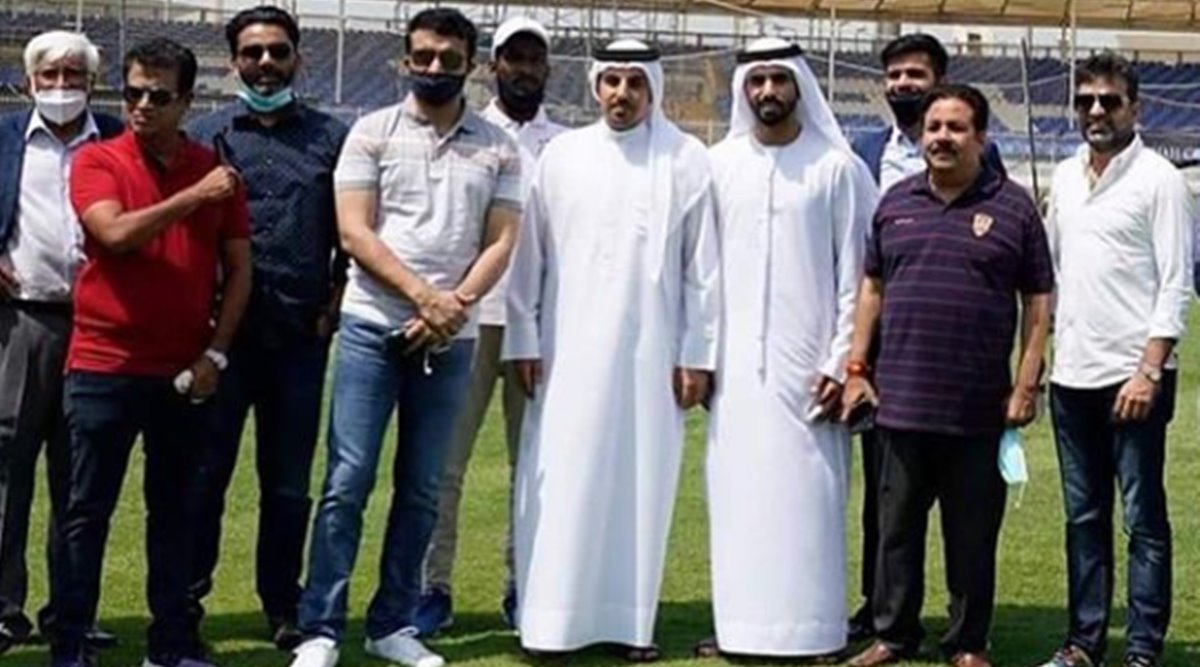 BCCI President Sourav Ganguly visited the Sharjah Cricket Stadium to review the ongoing preparations for the upcoming edition of the Indian Premier League (IPL) 2020. He was accompanied by IPL chairman Brijesh Patel and COO Hemang Amin during his visit.

IPL 2020 is slated to be played from September 19 to November 10 in the UAE across three venues – Dubai, Abu Dhabi, and Sharjah.

Ganguly posted photos of himself visiting Sharjah Cricket Stadium on Instagram and he captioned the post as: “Famous Sharjah stadium all set to host IPL 2020.” Ganguly incidentally has some very fond memories of playing in the stadium, as he amassed over 700 runs playing here, which includes one century and five half-centuries.

Ganguly had landed in the UAE last week, but as per protocol, he was subjected to a six-day mandatory quarantine as a precautionary measure against the coronavirus. Upon completing his quarantine, Ganguly is now reviewing preparations for the IPL across the three venues.

Mumbai Indians and Chennai Super Kings will be locking horns in the opening match of the IPL 2020 on September 19. Dubai will play host to 24 games, 20 matches will be hosted by Abu Dhabi while Sharjah will hold 12 games.

ALSO READ: With four days to go for IPL 2020, here is what to expect

The dates and venues for the playoff stages will be released later. The opening match between the finalists of the 2019 edition will be played in Sheikh Zayed Stadium in Abu Dhabi.

For the first time in the history of the tournament, the finals will be played on a weekday ie Tuesday. Both the afternoon and evening matches will be played half an hour earlier than usual this time around.

There will be a total of 10 doubleheaders in this edition of the tournament. The evening matches will be played at 7:30 PM IST while the afternoon matches are due to start at 3:30 PM IST.

All teams have already reached UAE to take part in the tournament and are currently undergoing training. Chennai Super Kings was the last team to begin training as they finally stepped on the field after their third round of COVID-19 tests.

Earlier, the BCCI had also confirmed that 13 personnel including two players had tested positive for COVID-19. However, the board had not specified as to which team had how many confirmed cases. The identity of the players and staff was also not revealed.