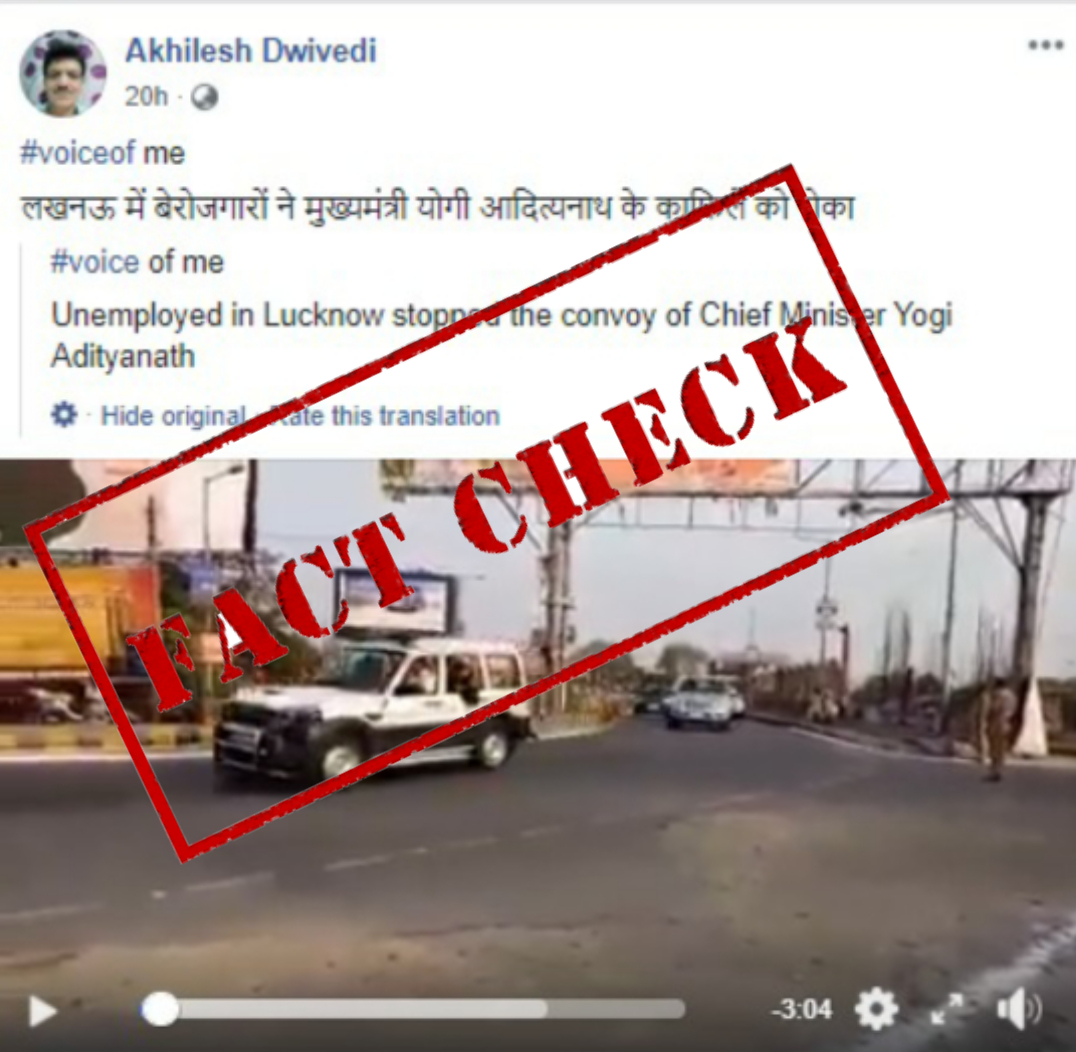 A video of UP Chief Minister Yogi Adityanath’s convoy being stopped in Lucknow is doing rounds on  social media claiming that a group of unemployed youth were behind it. 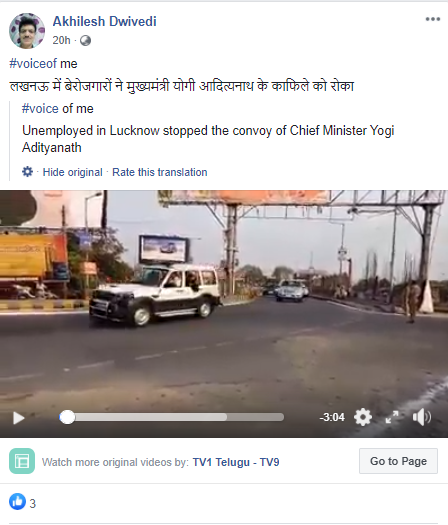 NewsMobile fact-checked the above post and found it do be old and misleading.

When we look at the social media video carefully, we can see that no one is wearing masks and in the middle of the raging coronavirus pandemic, it is mandatory for every individual to wear masks, which gave us clue that the video is old.

With the help of InVID tool, we got the keyframes of the video. On putting the keyframes through Google Reverse Image Search, we found a video on Facebook which was uploaded on June 11, 2017. 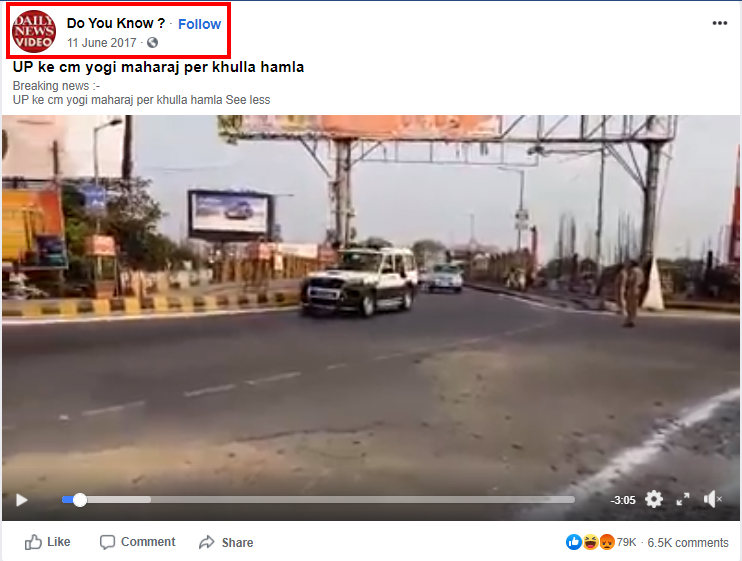 With the help of keywords search, we found a video of ABP NEWS HINDI on YouTube dated June 12, 2017. This video of ‘Viral Sach’ with claims that the viral video on Social Media is of Yogi Adityanath’s convoy. It also said that attempts were made by a group of college students to stop CM Yogi in Lucknow in 2017.

On digging further, we found an article on IThe ndian Express dated June 11, 2017, claiming that students who were waving blacks flags at CM Yogi Adityanath’s convoy were taken into custody and denied bail by the court. 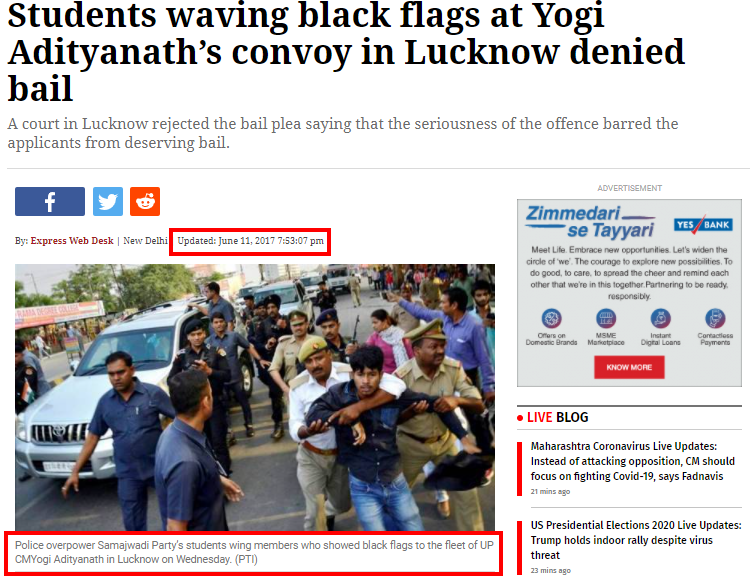 Further, we also found an article in The Times of India dated June 27, 2017, claiming that the students raising black flags at CM Yogi Adityanath’s convoy are released after 20 days in jail. The students who tried to stop the convoy were affiliated to All India Students Association, Students of Federation of India and Samajwadi Chhatra Sabha. 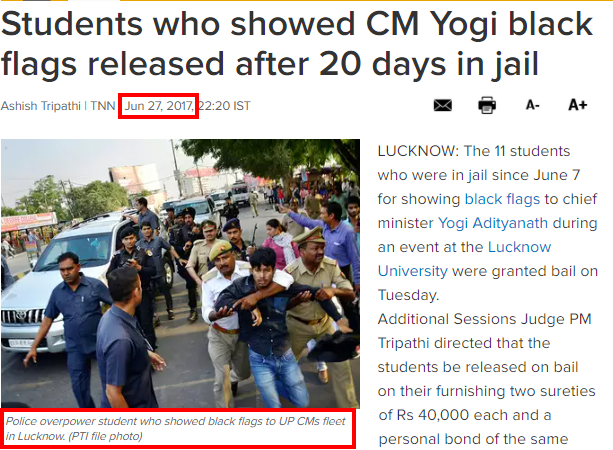 In conclusion with the help of above information it is proved that the viral video on social media is from 2017 and not a recent one. And the people who tried to stop CM Yogi Adityanath’s convoy were a group of students and not as is being claimed now.