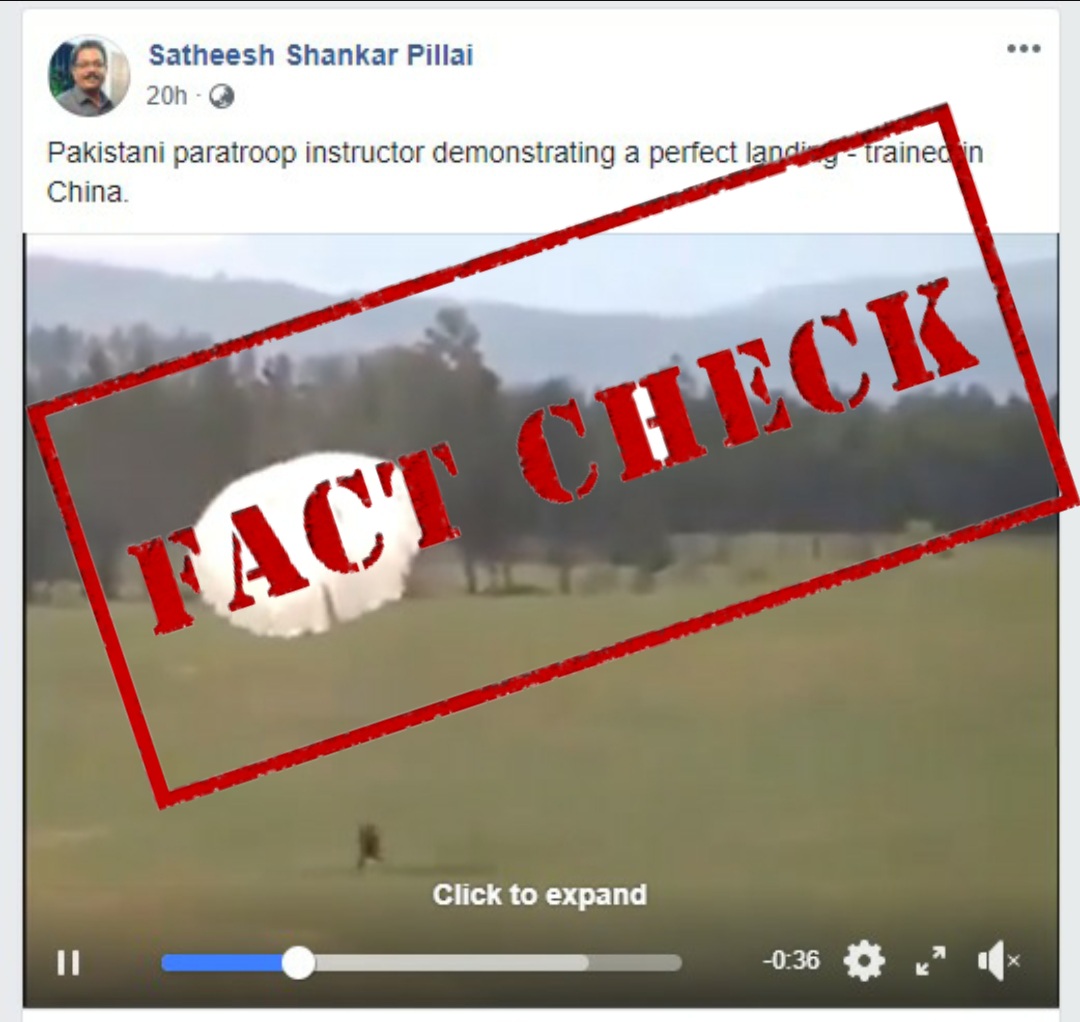 A video of a failed parachute landing has gone viral all over social media with a claim attached that it is a Pakistani Paratrooper demonstrating a perfect landing. It also claims that he was trained in China. 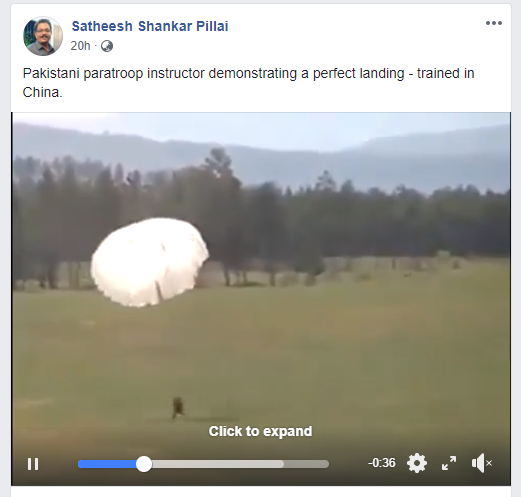 A similar video was found on Twitter as well.

After winning all PUBG wars, lumber one Pakistani paratroop instructor demonstrating a perfect landing, with made in China parachute & trained in China.#tuesdayvibes @majorgauravarya pic.twitter.com/PxIgV8Ag7R

Video of the fail landing of Parachute was seen here, here, here and here.

With the help of InVID tool, we got the keyframes of the video. On putting them through Google Reverse Image Search, we found a video on YouTube dated October 3, 2012, claiming that a Russian parachute failed to touch the ground and powerful winds misbalanced the paratrooper.

Further, we also found the same video on YouTube uploaded by another channel vexed123 on September 25, 2016, claiming that the video is of a Russian paratrooper.

On digging further, we found an article with the same video on IrishmanAbroad.com dated March 30, 2015, claiming that this is an interesting video of a Russian paratrooper getting taken away by his own parachute. 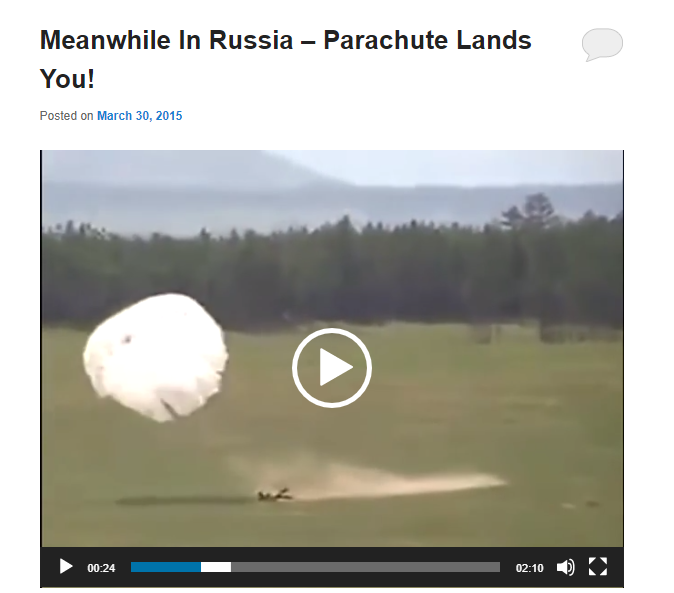 With the help of keyword search, we found the same video on Vidmax claiming that a Russian parachute landing went horribly wrong. 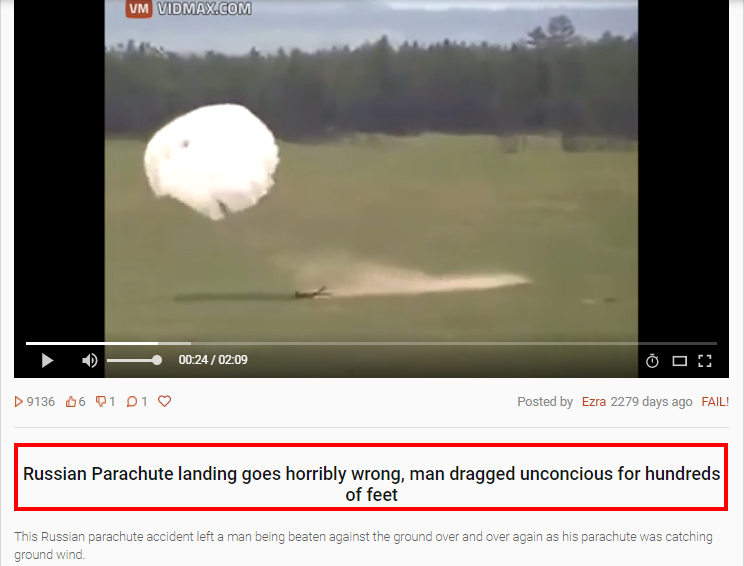 Also, we found another article on Military.com on September 24, 2012, that claims that a Russian parachute landing went wrong due to extremely windy day. 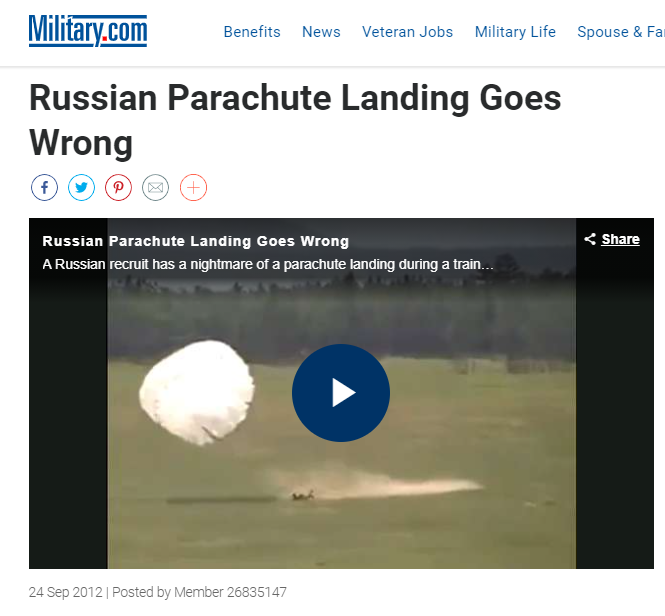 Also with the help of Russian keyword search, we found the same video on goruzont.blogspot.com on August 4, 2017, claiming that this video belongs to Russia. 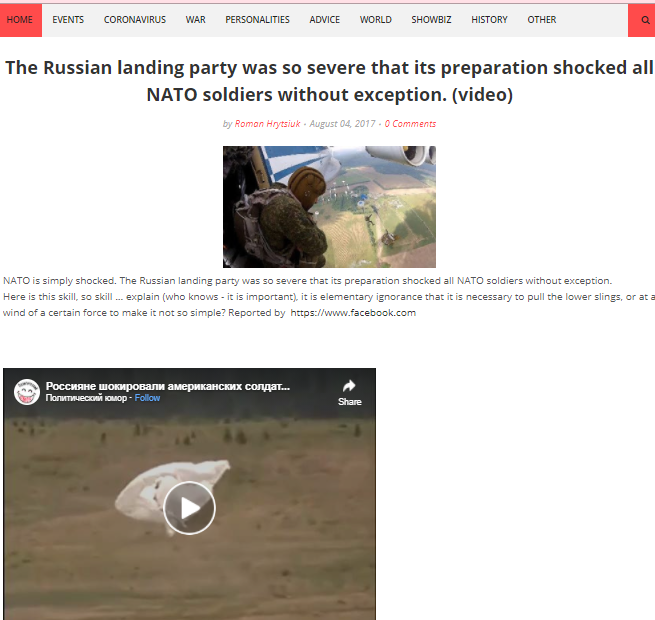 However, nowhere did we find any news that states that this video is from Pakistan. Hence, don’t fall for false claims that the paratrooper is a Pakistani, trained in China. Truth is that the video is of a Russian paratrooper.