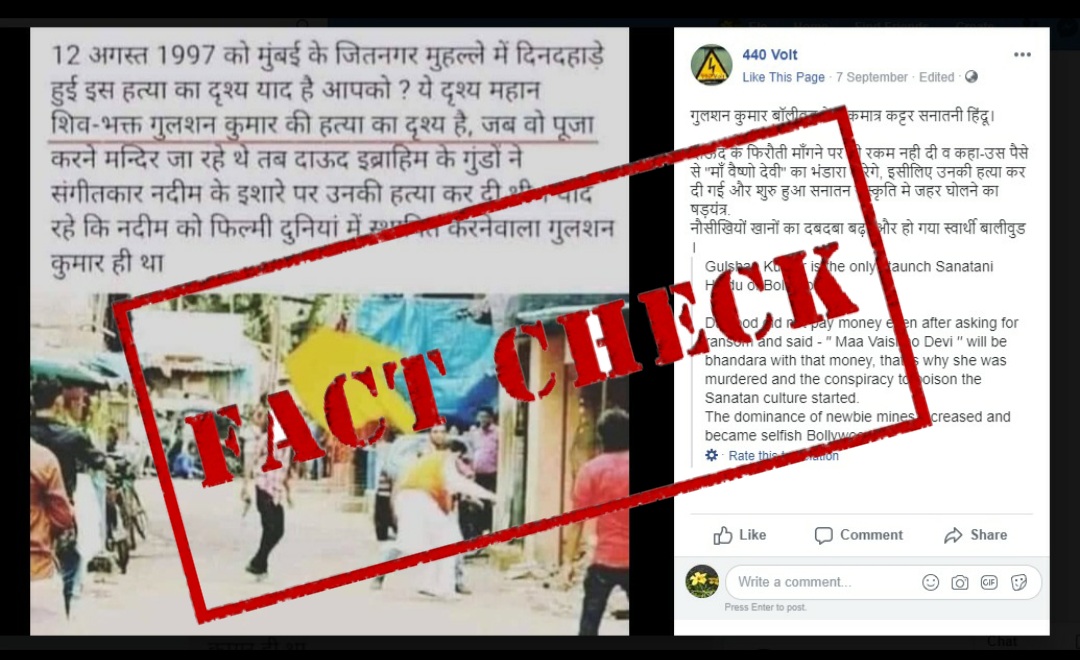 A picture of a man being assaulted by two men is doing the rounds all over social media claiming that this picture is of the time when T-series music company founder, Gulshan Kumar, was assassinated. The post also claims that the picture was taken when Gulshan Kumar was murdered in broad daylight on August 12, 1997.

The post is also being shared with a communal twist.

(Translation: Gulshan Kumar is the only staunch Hindu of Bollywood. Dawood was not given ransom money by Gulshan Kumar and said that Gulshan Kumar will spend all the money on Maa Vaishno Devi’s Bhandara. That is why he was murdered and the conspiracy to poison the Sanatan culture started.) 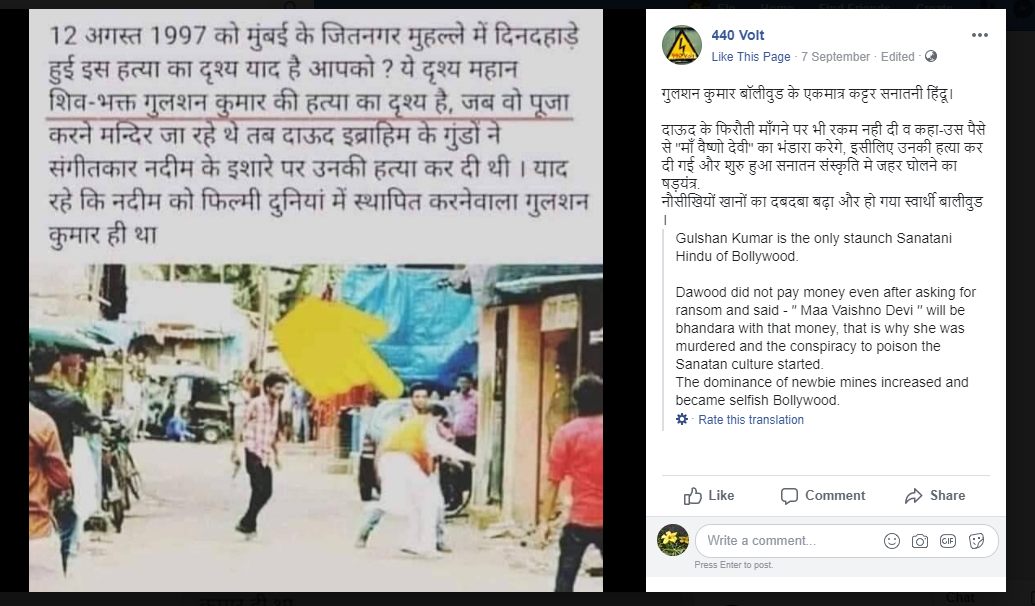 By cropping the image and running it through Google Reverse Image Search, we found the same picture in a news article in Mid-Day dated January 29, 2016, claiming that this is an exclusive picture from the set of a Varun Dhawan starrer movie titled ‘Bombay 90’s’. 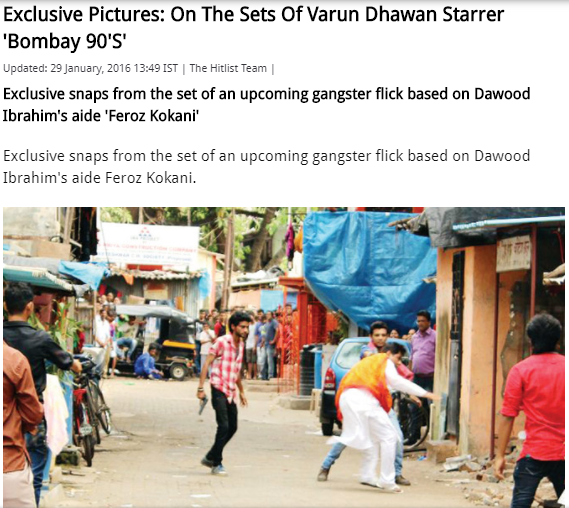 We also found the same picture in an article by  Bollyspice, published on January 31, 2016, claiming that Film Bombay 90’s will be released on the big screen. This article also claims that in 1997, Gulshan Kumar was shot outside the Andheri Jiteshwar Shiv temple, Mumbai, so some parts of the movie have been shot in the exact same location.

On digging further, with the help of keywords ‘Bombay 90’s’, we found a video uploaded by Zoom on YouTube on January 29, 2016.

The video description read, ‘Exclusive snaps from the set of an upcoming gangster flick based on Dawood Ibrahim’s aide Feroz Kokani.’

Further, we also found another news article on Bookmyshow that compares the exact location of Real and Reel shots claiming that Gulshan Kumar’s murder had been recreated in the upcoming Varun Dhawan Film. 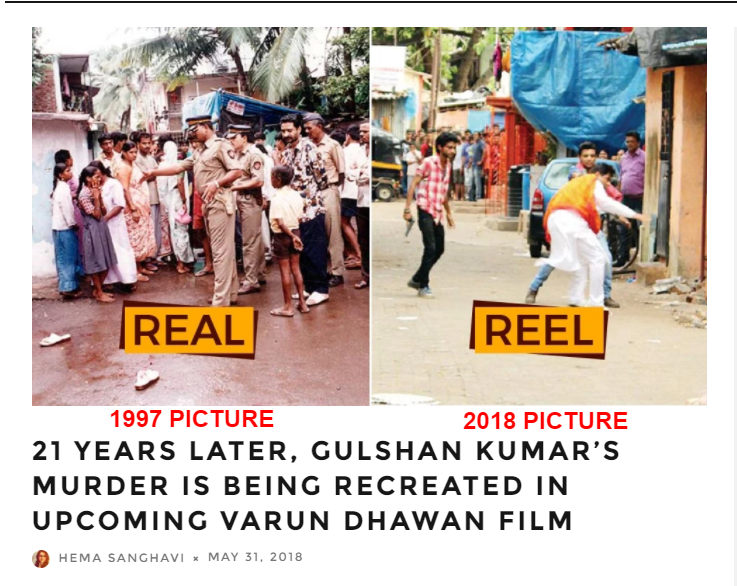 In conclusion, we can say that the posts and the information provided in them are misleading.