Home Music & Entertainment Bollywood WATCH | ‘Like my home, your ego will be destroyed too’, Kangana... 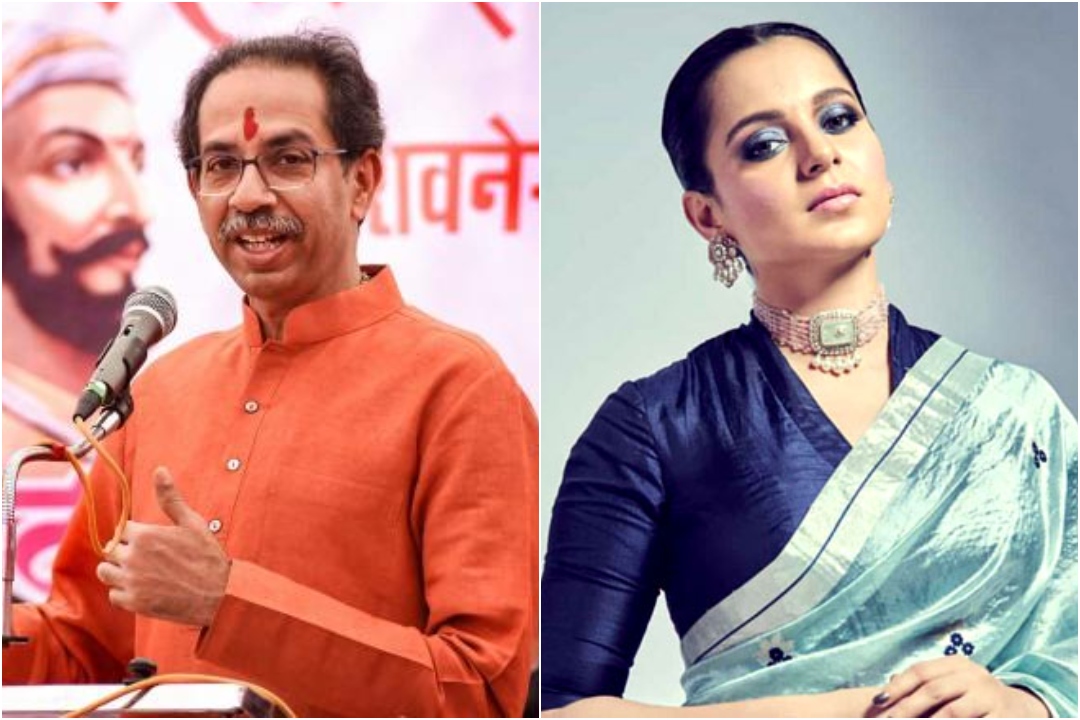 Earlier, the Bombay High Court stayed the Brihanmumbai Municipal Corporation’s (BMC) demolition at Ranaut’s property. It has also asked the civic body to file a reply on actor’s petition.

Earlier, Kangana Ranaut arrived at her home in Mumbai with her sister Rangoli Chandel.

Earlier in the day, Kangana Ranaut took to her social media handle to reveal how BMC officials have attacked her Mumbai office and have begun demolishing her property while she was on her way to the city.

Take a look at the actress’s tweets here–

As I am all set for Mumbai Darshan on my way to the airport,Maha government and their goons are at my property all set to illegally break it down, go on! I promised to give blood for Maharashtra pride this is nothing take everything but my spirit will only rise higher and higher. pic.twitter.com/6lE9LoKGjq

I am never wrong and my enemies prove again and again this is why my Mumbai is POK now #deathofdemocracy 🙂 pic.twitter.com/bWHyEtz7Qy

Ranaut On Wednesday arrived at the Mohali International airport in Chandigarh to board a flight to return to Mumbai.

#WATCH: Actor #KanganaRanaut at Mohali International Airport, she will be leaving for Mumbai shortly. pic.twitter.com/cZWRtX5yah

The actor reached the airport this morning from Mandi, Himachal Pradesh. Enroute to Chandigarh, Ranaut stopped at a temple in the Kothi area of Hamirpur district to offer prayers.

The ‘Panga’ actor was spotted with her sister Rangoli Chandel.

The actor has been engaged in a bitter war of words with Shiv Sena MP Sanjay Raut after her remarks that she feels unsafe in Mumbai after the death of Sushant Singh Rajput.

The actor took to Twitter to post in Hindi, “I have lived the courage, valor and sacrifice of Rani Laxmibai through my films. The sad thing is that I am being prevented from coming to my own Maharashtra. I will continue to raise my voice against wrong, Jai Maharashtra, Jai Shivaji.”

The actor further tweeted that she had left her home as a 12-year-old to live in a hostel in Chandigarh and later in Delhi. She said she had arrived in Mumbai when she was sixteen years old. “Some friends said that Mumbadevi lives in Mumbai, we all went to see Mumbadevi Devi. All my friends went away but Mumbadevi kept me with her,” she posted on Twitter.

The actor has been engaged in a bitter war of words with Shiv Sena MP Sanjay Raut after her remarks that she feels unsafe in Mumbai and has no trust in the Mumbai Police after the death of Sushant Singh Rajput.

The Ministry of Home Affairs approved Y-plus security Ranaut after she received threats for comparing Mumbai with Pakistan occupied Kashmir.