Home NM FACT CHECKER Fact Check: The truth behind the viral picture of protest by Indian... 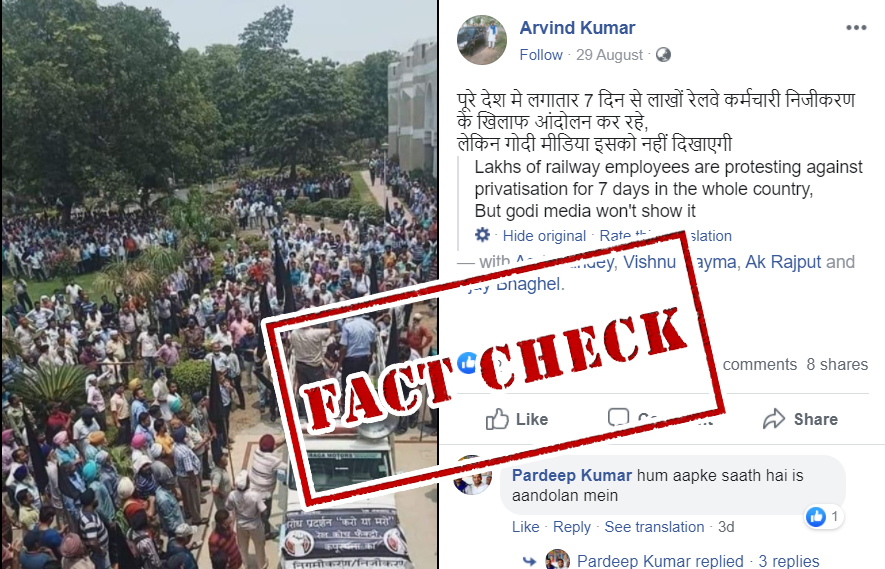 A picture of mass gathering has gone viral on social media with a claim that the media under the Modi Government is not showing the news of railway employees protesting against privatization for seven days.

(English Translation: Lakhs of railway employees are protesting against privatisation for 7 days in the whole country, but media under Modi will not show it)

Other social media posts with the same claims were found here, here and here.

On putting the picture through Google Reverse Image Search, we found this picture in a news article on Rail Samachar dated July 15, 2019, claiming that several government employees are protesting against privatization in India. 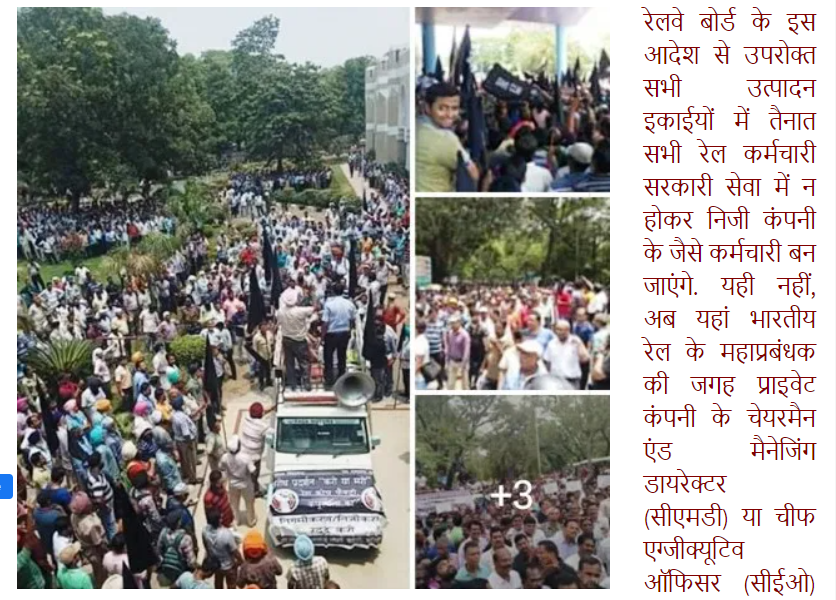 Further, we also found the same picture on the official Twitter account of MLA Nawab Malik.  The tweet was posted on July 15, 2019, questioning why the protest was not being covered by the media.

On digging further, with the help of keywords search we found another article dated July 5, 2019, claiming that employees and their families took out a rally at Ramlila Maidan to protest against the corporatisation and privatization of the Rail Department. 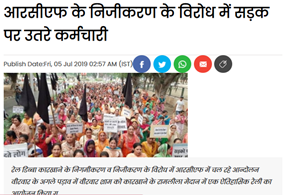 When we zoomed the picture in question, we noticed that protestors were not wearing masks and it is mandatory for every citizen to wear masks after the outbreak of the coronavirus pandemic. 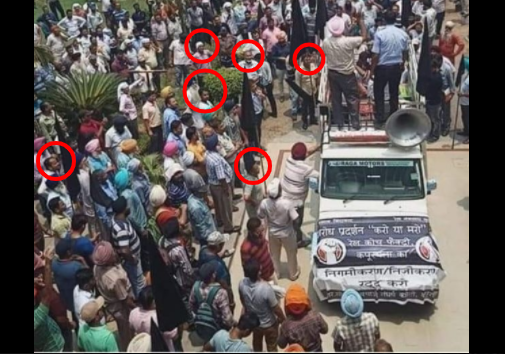 Hence, with the help of the above information, it is clear that the current viral post is misleading and has used old pictures to create a false narrative.